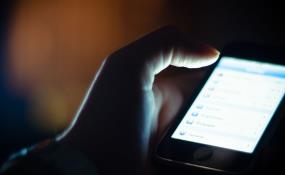 TRADITIONALLY, the telecommunications industry was a regulated sector not just locally but internationally.

As technology surged forward with faster and faster computing power, other alternative communication channels mushroomed all over, from instant messaging, e-mail , VoIP and more.

Regulation of air waves for different operators and services ranging from walkie talkies, television, radio, GSM, WiFi, microwave etc is fairly straightforward as guided by ITU via allocation of specific frequency bands for specific services and operation . In this arena an operator is allocated a “space” in the electromagnetic spectrum for his services. This is the basis for payment of licenses to get a frequency “slot” that is unique to them.

Now enter the Internet and the ball game has changed. The large portion of the internet uses non-proprietary protocols which means creative developers are able to design and launch different types of messaging, voice, video, presence, tracking, web services that uses the application layer of the communications protocol. This means that these apps can run on any physical layer of communication be it copper, fibre, coaxial or radio waves.

Regulation of these is not a challenge as you cannot just dig and bury fibre any where nor mount a “base station” tower in your back yard without proper authorisation.

Services and applications designed and deployed on the application layer using 0s and 1s, commonly referred to as programming, are difficult to regulate. There are some countries that block websites like Facebook and other web-based services.

This is achieved via various security implementations that block by IP address of origin, protocol type or port type or some form of pattern matching algorithms. Traffic filtering and blocking can be done at a router or switch or proxy as determined by the blocker. This is just an example. Once upon a time internet telephony was illegal in Zimbabwe. I mean VoIP. So blocking it was via blocking the protocol it uses which is SIP using port 5060.

The VoIP example is a very good learning source for telco operators and regulators to learn from. Instead to jumping to say this and that is illegal and it must be blocked, they should channel more resources into staying abreast with current technology trends and developments via investment in research and development. Because VoIP does not care what the transmission medium, it becomes very difficult to tie a user to SIM card or copper wire permanently. As a result voice can travel via different routes in packets and reassembly at their final destination. The important point being that you must have a decent internet connection to have a decent voice conversation when using VoIP .VoIP has been fingered as the cause of the divorce between distance of talking parties and the cost of the call. In the past telcos have benefitted from the geographic distance which voice has to travel between two points but well the speed of light has trivialized this. I mean fibre optics technology.

More than a decade ago most regulators had no answer to Internet telephony other than to ban it, making it a crime to use the internet to make a telephone call. But fortunately as the clock ticked with more and more countries adopting VoIP our local regulator put up a regulatory framework so that VoIP services could be provided without having to worry about some jail term. We are talking about a decade now. Making calls over the internet is very cheap. And it does not matter where you are in the world, internet telephony rubbishes the concept of a telephone company as conceived by Bells Laboratory. Unfortunately most African telcos and regulators want to resort more to regulation than innovation. Well those days of owning what users access when and how, are almost over.

A few days ago on January 13, 2016 a South African online broadband blog reported that South Africa’s Portfolio Committee on Telecommunications and Postal Services had scheduled hearings into the regulation of Whatsapp and Skype in South Africa. As reported by Zimbabwe’s own TechZim and TechnoMag in their own blogs seeking answers to questions like “why and how” and also how will Zimbabwe ICT space deal with over the top (OTT) regulation amongst other things.

MTN and Vodacom argue that these so-called OTT like WhatsApp and Skype must be regulated as they feel they are having a free ride on their infrastructure. True that. In November last year Vodacom South Africa’s biggest mobile network Vodacom indicated that they wanted a regulatory approach to data-driven over the top .They claimed that they had invested billions of Rands to upgrade their network and surely they did realise some reasonable increase in data but services such as Whatsapp were eating into their other revenues like SMS and voice.

While I understand and sympathise with the mobile operator’s dilemma caused by their insatiable appetite for monopoly, thirst for revenue, crave for protection and indifference towards research and development, I find their stance twin forked. Operators have themselves to blame as they were in deep slumber enjoying SMS revenue and now that these revenues are being swept away the regulator must step in. In Zimbabwe PTC was a monopoly and our mobile operators NetOne, Telecel and Econet ended that monopoly and we were all happy. The disruptive agents the mobile operators went to sleep and other disruptive players sprung up and now they are wondering what hit them. Complacency, lack of innovation, reliance on protection.

Mobile operators alike do very much welcome services such as Facebook and YouTube so long as they drive traffic and revenue on a network. But on the other hand applications like Skype or WhatsApp are not so welcome as they erode their revenue streams. As a solution they must either be banned or contribute to the operator network’s infrastructure costs.

Mobile operators say that it cost them money to build their networks – it’s true. And so they are saying Whatsapp must pay for riding on top of their network. In that case so should Facebook and Youtube who ride on their networks.

*Robert Ndlovu can be contacted on wozatel@gmail.com