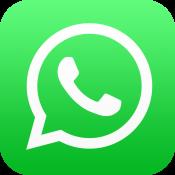 In WhatsApp for iPhone, you can now send and receive PDF documents, thanks to a minor update that surfaced earlier today in the App Store. In addition, the refreshed app fixed some crashes and resolved an annoying issue that was using a lot of storage space on some iPhones.

Just a week ago, the Facebook-owned messaging service has introduced the ability to use the WhatsApp share sheet to send photos or videos from other apps, like Dropbox.

So, how does this work?

Say you have a PDF in iCloud Drive that you’d like to send to a contact on WhatsApp.

First, tap WhatsApp’s media picker button in your conversation (it’s to the left of the text input box). Next, select the new Share Document option in the pop-up menu.

You’ll be presented with a list of third-party apps installed on your phone that pack in a storage extension, letting WhatsApp browse third-party storage sources. 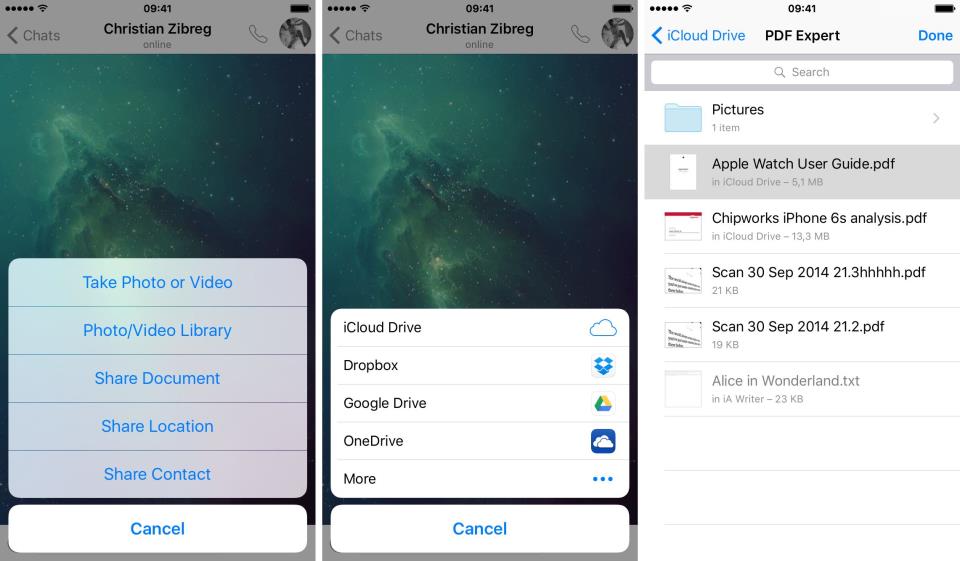 Apps like Apple’s own iCloud Drive, as well as Dropbox, and OneDrive, come with iOS storage extensions. I wanted to send a PDF in my iCloud Drive so I went ahead and tapped the iCloud Drive option in the WhatsApp menu.

From there, I tap on a desired PDF in my iCloud Drive and WhatsApp brings up a dialog asking me to confirm that I want to send the selected PDF file to the recipient. 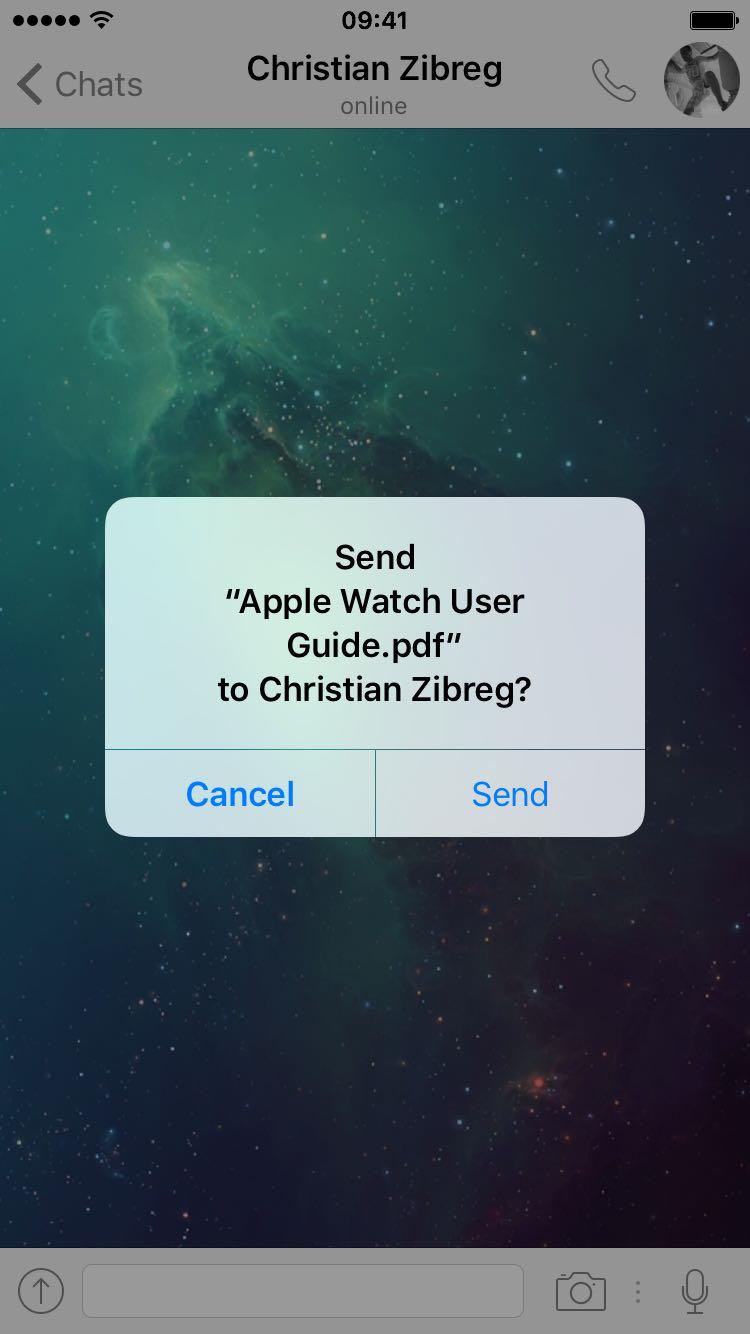 After receiving the PDF file, my WhatsApp contact sees an in-line preview of the file and below that information about the number of pages and file size.

Tapping the in-line PDF preview opens the file in OS X’s built-in document viewer. From there, I can tap the Share icon to send the received PDF to a third-party share service.

And if you own an iPhone 6s or iPhone 6s Plus, you can use 3D Touch in iOS’s Print Preview window to send the PDF to apps like Notes, Scanbot, Pocket, Viber and more.

TUTORIAL: How to use 3D Touch to export PDFs on iPhone 6s

WhatsApp no longer charges an annual subscription fee. The team is currently testing a feature for exporting chats in a ZIP archive and prepping to roll out video calling.

WhatsApp requires an iPhone, iPod touch or iPad with iOS 6.0 or later. The app lacks a native interface on iPads and a native Apple Watch app.