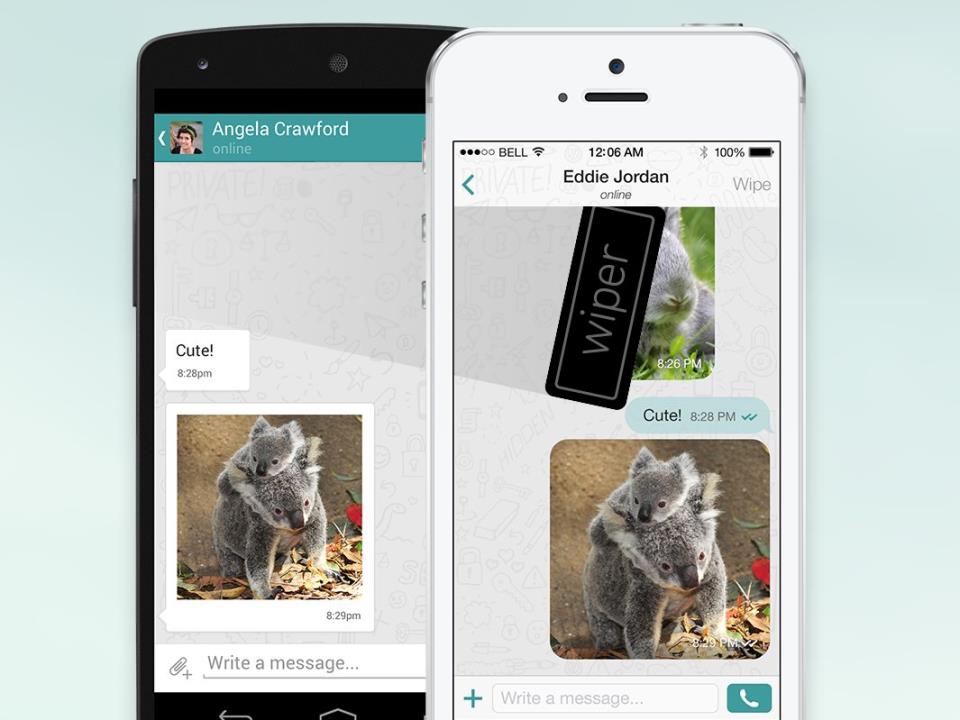 Wiper looks and feels like any other messaging app around, but it has an extremely powerful ace up its sleeve.

With one tap, you can delete your entire conversation, and not just from your phone. Wiper even lets you erase your conversations from others’ phones, too.

Here’s what the “Wipe” button looks like in action. 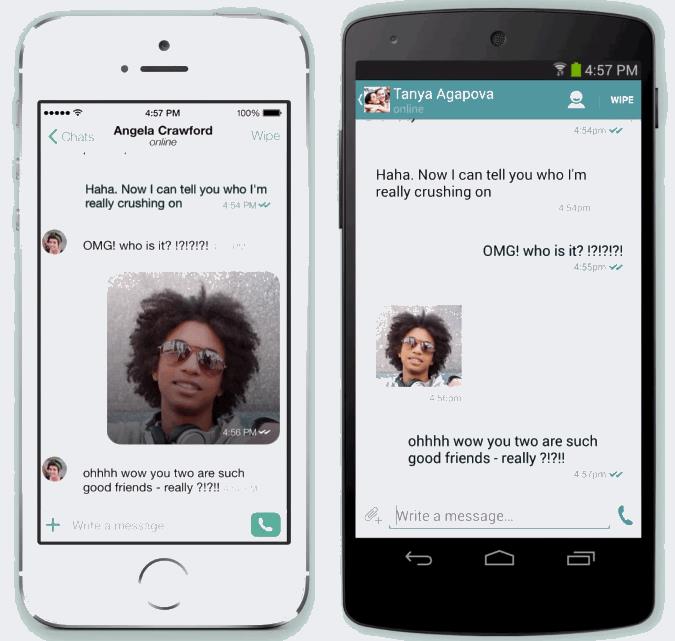 Texts, pictures, photos — tapping “Wipe” gets rid of it all.

The app was created by developer Manlio Carrelli, who came up with the idea for Wiper after realizing how little control consumers truly had over their data.

It’s an idea that one-ups other ephemeral messaging apps like Snapchat and Slingshot, taking the disappearing message concept one step further.

The result is a familiar-feeling messaging app that invites a more candid style of conversation. There’s a comfort in being able to delete things from both ends, and Carrelli hopes that people will be bolder and less inhibited as a result.

“A lot of these other ephemeral messaging systems, it’s tough to have a normal conversation,” Carrelli said. “Without that capability, your stuff just sits around forever.”

Of course, there’s nothing stopping the person on the other end from taking a screenshot of your conversation, but Wiper makes sure to alert its users each time that happens, just like Snapchat.

When you open Wiper, it looks just like a traditional messaging app. You can send text, photos, and video, or call someone, right from within the app.

To purge a conversation, you simply tap the “Wipe” button in the top right corner. (The first time, the app asks if you know what you’re doing. After that, it’s one tap and everything’s gone.) 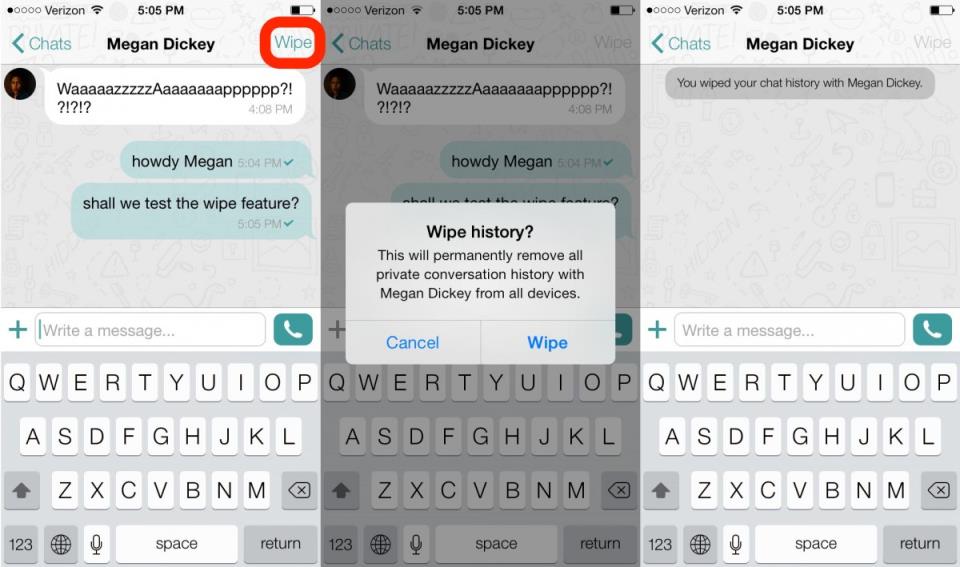 Wiper has raised $2.5 million in funding, and the app is available in 17 languages.

You can download Wiper for both iOS and Android.