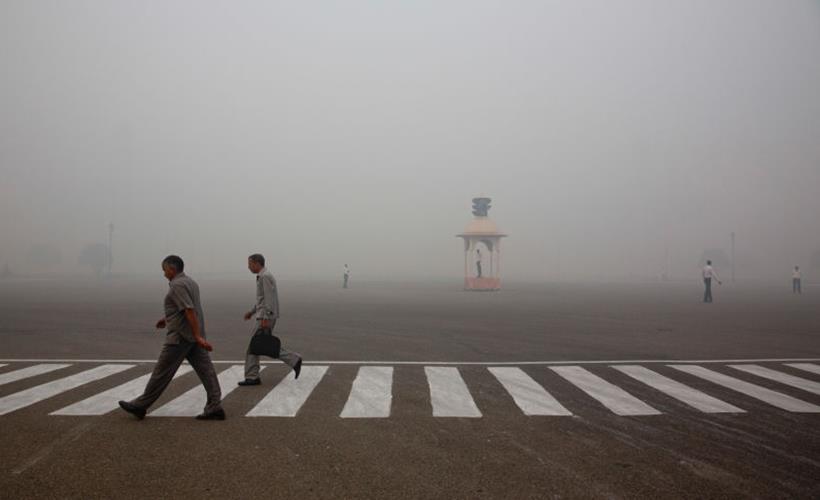 elhi, the capital city of India, is the world’s most polluted city on Earth right now. “Fresh air doesn’t exist in New Delhi at the moment,” CNN says in its report. Air measurements taken at the US Embassy in Delhi puts the city’s Air Quality Index at 999 on a chart that finishes at a ‘hazardous’ level of 500.

The smog is so bad that the city is hidden behind a curtain of grey. The skyline, including famous landmarks like the Humayun’s Tomb, the Red Fort, and the Taj Mahal, are not visible unless you go up close.

The haze is a yearly affair in Delhi but this spell is the worst the city has seen in 17 years. After Diwali, a festival celebrated with the burning of oil lamps and firecrackers, heavy smog settled down in the already polluted city. The haze season is extraordinarily bad this year due to heavy vehicular traffic, large construction work and the burning of post-harvest paddy stalks in neighbouring states. 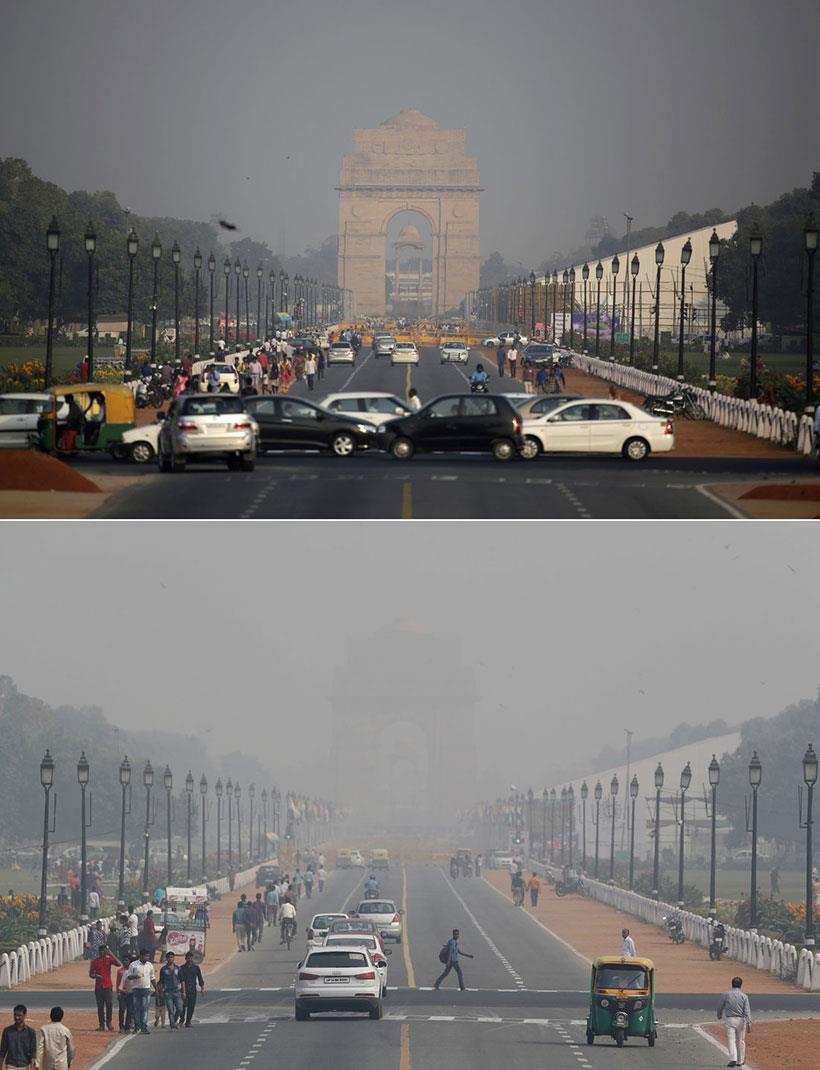 On top of that, the weather is not in the city’s favour. Hindustan Times reports that low wind speed and dipping temperatures mean the pollutant particles are not being blown away and thus continue to float in the air.

“There is so much smog outside that today, inside my house, I felt as though someone had just burned a few sheets of paper,” resident Amaan Ahuja told The New York Times. “You can literally see smoke in the air, and when you breathe, you can smell it, too.” Over 5,000 schools were ordered to close over the weekend as the smog is too dangerous for children. 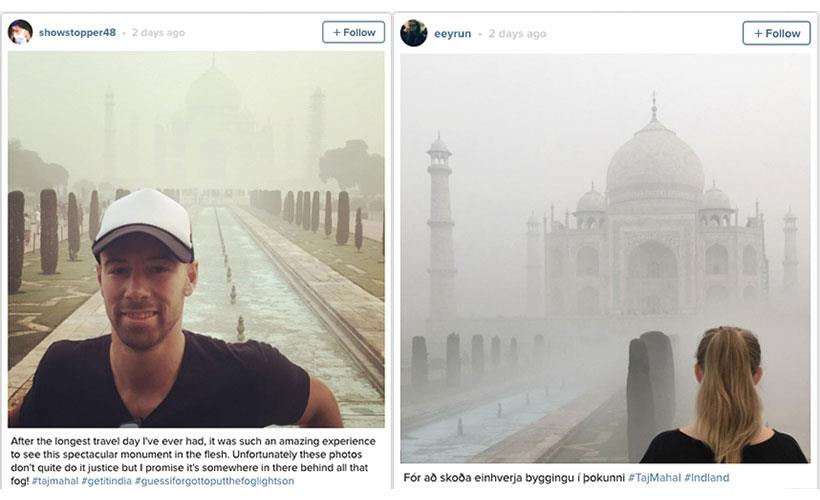 The particles can enter the lungs, bloodstream and even heart, leading to asthma attacks. Especially harmful for small children and the elderly, the smog also irritates the eyes, nose and throat. Residents also complained that they have trouble breathing, the smog left a bitter taste in the mouth, and burning and watery eyes from the dust.

As residents struggle to breathe, Indian Prime Minister Narendra Modi made a surprise announcement on Tuesday, 8 November 2016, banning all current versions of 500 and 1,000 Rupee notes. The ban effectively removing 80 percent of currency in circulation.

Both of the country’s largest currency bills are no longer legal tender and will be replaced by new INR500 (USD8), INR1,000 (USD15) and INR2,000 (USD29) bills. According to The New York Times, the move aims to end India’s endemic corruption by purging the circulation of black money and counterfeit notes out of the system.

The announcement was followed by immediate upheaval in the country as people are lost at what to do with their cash. As most money changers provide INR500 and INR1,000 notes, tourists are worried how and where to change their cash into small denominations.

Banks were closed on Wednesday and ATMs across the country were out of service for two days after the announcement. 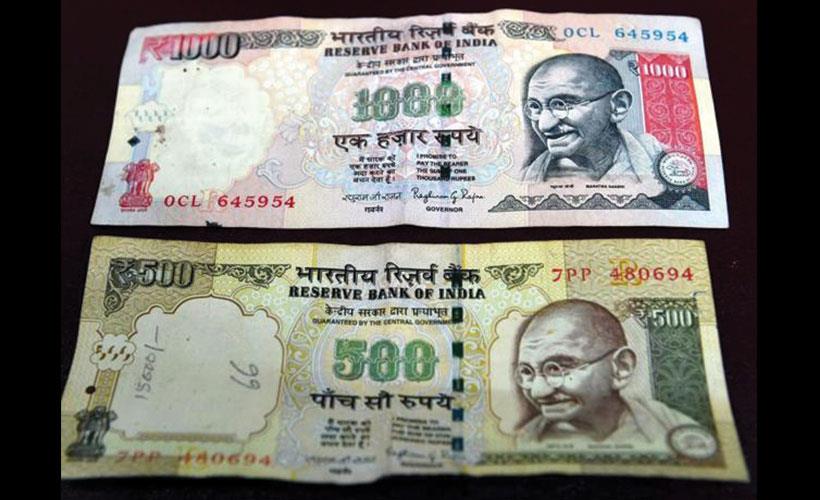 “The overnight ban of the money took people by surprise. On the night of the announcement, there were long lines outside ATMs to withdraw INR100 notes until these were also exhausted. With ATMs being shut, people do not have access to withdraw smaller notes and are left to use whatever cash they have lying around,” Rohit Godiwala, a Financial Consultant based in Mumbai told Zafigo.

In Delhi, ATMs crashed on the night of the announcement after being unable to support the long queues of people withdrawing and depositing large amounts of money.

All private establishments like shops and restaurants have stopped accepting old notes. Delhi resident Neha Vaswani says vendors are charging more for their products if the customers want to pay using the banned INR500 and INR1,000 notes.

“Tourists are in a state of panic and will be for a day or two at least, till the banks and post offices start replacing the notes. Small shops, chemists, eating joints and local grocery guys are not accepting these notes, which is making tourists helpless,” Vaswani says. 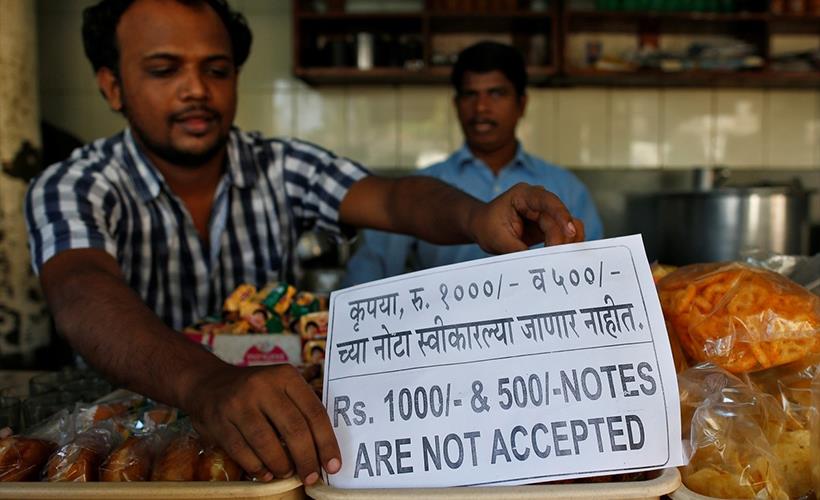 The process of returning the old notes is also murky. However, there is a 30 December 2016 deadline for people to exchange the banned notes for smaller denominations or new ones. People can withdraw new notes from the ATMs once the banks and the machines are recalibrated though there is a daily withdrawal limit.

In his speech, Prime Minister Modi says the government also intends to set up facilities at the international airports to allow people to exchange their INR500 and INR1,000 notes for new notes or legal tender up to INR5,000.

When asked when will things return to normalcy, both Godiwala and Vaswani are unsure as there is not enough information at the moment. They advise tourists who do not have smaller bills to use their credit cards for now. That means tourists are relegated to only eating and spending at establishments that accept credit cards.

People can walk into banks to exchange notes starting Friday, 11 November 2016. However, Godiwala warns there will be long queues and the banks will likely run out of cash. He explains that while this is a good step towards curbing corruption and curtailing black money in the country, people are going to face liquidity problems for the next few weeks until the situation is clearer.

With both the money and haze situation suffocating Delhi, the capital city might not be the best place to visit in India at the moment. It’s best to avoid travelling within Northern India from now until late January. February is a better time to visit Delhi as springtime brings in clearer skies and warmer temperatures. Hopefully, the confusion with the new and old notes would be resolved by then too. 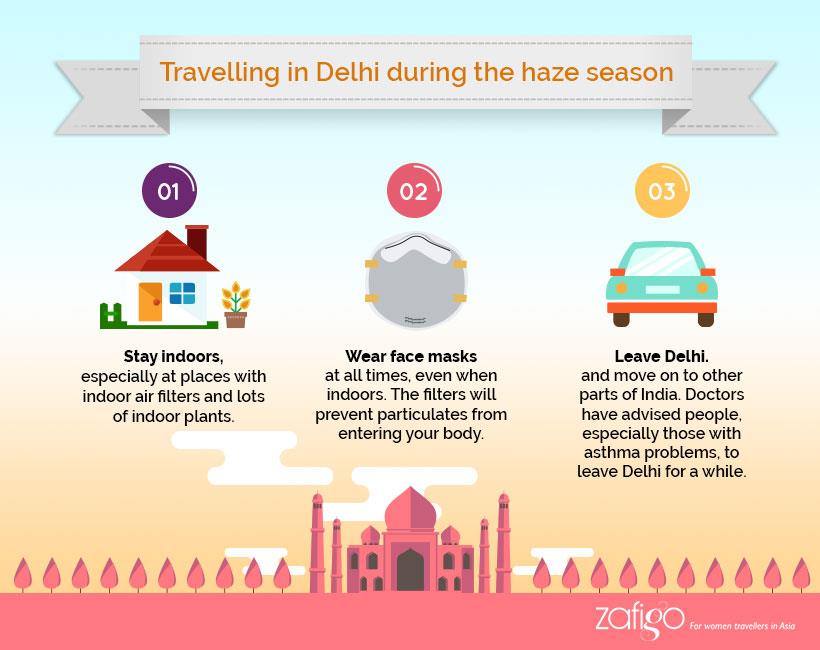 It might be a bad time to visit Delhi right now but other places in India where the air is fresher are still beautiful places to visit. For example, a place like Kerala with its tea estates and backwaters would be a better option right now, that is if you can find enough small change to tide you through.