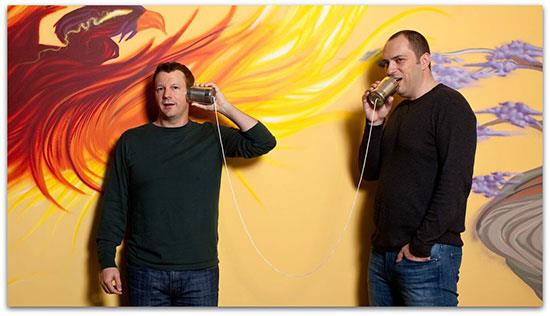 When he and his mother first immigrated to the U.S. with the help of government assistance, Jan Koum collected food stamps and swept grocery store floors to help keep the family afloat. More than 20 years later, the WhatsApp cofounder and CEO made a $19 billion dollar deal with Facebook near the same social welfare office in Mountain View, California where he stood in line more than once.

In true American-Dream-Bootstrap-Fashion, Koum came to the U.S. from a small village outside Kiev, Ukraine. In 1992, he moved to Mountain View with his mother and grandmother. At eighteen, he enrolled himself in programming classes at San Jose State University, while working as a security tester at Ernest Young. Shortly after, he dropped out (yes, he’s another millionaire to be added to the list of college dropouts) and accepted a position with Yahoo! as a Infrastructure Engineer. There, he was interviewed by Brian Acton, who would later become his friend and cofounder. In 2007, he and Acton left the internet giant together, taking time off to travel and pursue their own endeavors.

Why is it called WhatsApp?

It wasn’t until Koum bought an iPhone in 2009 that he realized the potential of the newly launched app store and began working on an address book app. After visiting South America, he discussed an idea with his friends back home in San Jose, California. Between time zones and personal schedules, long-distance calling could be challenging, and Koum wanted an easy way to tell whether his friends and family could chat – Were they working? Or working out? What were they up to? Essentially, he wanted to see their statuses instead of having to ask, “What’s Up?” The name itself came straightforwardly, as the about page will tell you playfully: “What does the name mean you ask? Well, WhatsApp is a pun on What’s Up in case you didn’t get it yet. :)” During the early stages of ideation, Jan also considered the name “Zap.”

The idea then, which was funded solely from Koum’s savings from Yahoo!, was that each user’s status would show whether someone was busy or able to chat. Alex Fishman, a friend of Koum’s, told Forbes about the preliminary project, recalling, “Jan was showing me his address book… he thought it would be really cool to have statuses next to individual names.” The next breakthrough came when Apple introduced push notifications for iOS 3.0. This enabled WhatsApp to ping users when they updated their statuses.  For fun, Koum and Acton’s friends began using the app to see status updates in order to effectively communicate with each other. Soon after, the need for in-app messaging became obvious.

SEE ALSO: Why is it Called Yahoo?

The pair realized that they’d almost accidentally created an app store alternative to BBM, one of the first free texting services, allowing people to connect instantly across the globe. The most noticeable advantages came in the form of using existing phone numbers to communicate at a much lower cost than SMS fees because it relied on the internet. Even the initial impact was exciting for Koum, who shared that “being able to reach somebody half way across the world instantly, on a device that is always with you, was powerful.” With the messaging component added, WhatsApp immediately increased in popularity. It grew so quickly, in fact, that Koum and Acton moved from a free version to a paid one just to slow the influx of users. But despite a change in cost, WhatsApp continued to rise as a cross-platform mobile messaging app which allows you to exchange messages without having to pay for SMS. To date, WhatApp is free for the first year, but charges a minimal fee of $.99 cents for the following years. The ad-free messaging service has more than 800 million active users and is available on all major devices. And if 800 million active users doesn’t sound impressive enough, see how they stack up against some of the biggest social networks.

In contrast to his American success, Koum still maintains his small town values. From the beginning, he made simplicity a founding principle of WhatsApp, vowing not to carry advertising – something that is rampant in the U.S. but absent in the Ukraine. According to Wired, he also promised not to “store messages and thus imperil individual citizens’ privacy; and… maintain a relentless focus on delivering a gimmickless, reliable, friction-free user experience.” 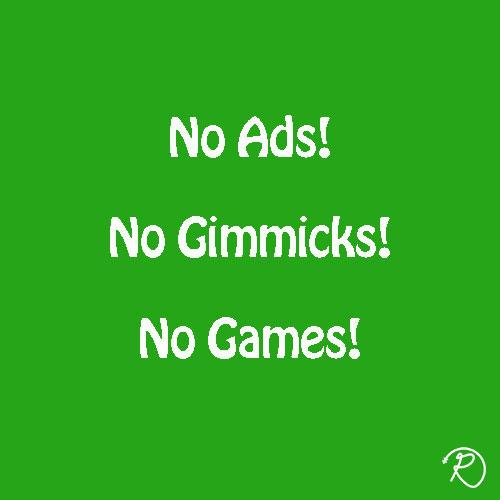 A reminder of the founders’ intentions, something that has undoubtedly contributed to their success, still looms over Koum’s desk in the form of a note from Acton that reads, matter-of-factly, “No ads! No games! No gimmicks!” That’s what’s up. Thanks for reading Why WhatsApp is Called WhatsApp?! #WhyisitcalledWhatsApp