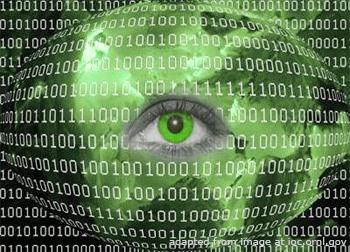 Russian legislators are even worried about encrypted communication systems, since IT security experts believe they may contain backdoors to which secret services may have access.

Russian deputies, ministers and members of the armed forces may soon find they are unable to use popular instant messaging services such as WhatsApp, Skype and Viber for work purposes.

On May 30 the Communications Ministry sent a bill to Russian President Vladimir Putin proposing to ban officials and servicemen from using foreign mobile apps for their work correspondence.

In Russia for the last three years officials have been continuously spooked by the Shaltai-Boltai hacking group (also known as Anonymous International). The group has regularly posted work correspondence belonging to influential state officials, including Prime Minister Dmitry Medvedev, and sold large quantities for bitcoins.

For their work correspondence the victims of the Shaltai leaks used both Russian (one of Medvedev’s mail boxes was Yandex) and foreign mail and communication services, but now the authorities have decided – for reasons of national security, they insist – to fight against the latter.

The problem of government officials using non-state communication tools for work correspondence is not limited to Russia: In 2015 the whole world found out that former U.S. Secretary of State Hillary Clinton had sent secret information from her private, unprotected email.

Who may be banned?

The ban may concern the WhatsApp, Viber and Telegram messaging services, as well as Skype and Gmail. The Kommersant newspaper estimates that due to this ban the messaging systems alone could lose around 2.5 million clients.

According to TNS, as of March 2016 the total number of Skype, WhatsApp, Viber and Telegram users in Russia was almost 22 million people.

Yet Russian officials like messaging services very much, especially Telegram, which was developed by the “father” of Vkontakte, the Russian equivalent of Facebook, Pavel Durov.

Moreover, “it’s just easy to use,” said Karen Kazaryan, chief analyst at the Russian Association of Electronic Communications, since the mail services at state institutions (that is, the protected ones with very limited access) “are completely unsuitable for modern needs. In terms of their interface they are hopelessly out of date.”

The foreign messaging services have not shown any concern for now.

Safe or not really?

At the same time some instant messaging apps are trying to prove their safety to Russian users. For example, Viber insists that with its end-to-end encryption and hidden chats it is one of the safest services of its kind.

“They work according to the end-to-end principle, when theoretically access to correspondence is possible only through the user’s smartphone. The same for Telegram and Signal, which Edward Snowden has made famous. And since recently also WhatsApp and iMessage,” explained Karen Kazaryan.

But information security experts have already denied the invulnerability of the advertised encryption, even posting instructions on the net for remotely breaking into secret chats.

In the view of Natalya Kasperskaya, general director of InfoWatch, this is why talk about special services not being able to access correspondence is untrue.

The idea of one window

The presidential administration has already decided to develop a substitute for foreign instant messaging apps. The proposal has been given to Mail.Ru Group, one of Russia’s leading internet and IT companies, and the Institute of Internet Development headed by presidential advisor Klimenko.

Apparently, officials believe that if they have one standard messaging service, it will be easier to remove its vulnerability and guarantee its safety than in several dozen different systems, which belong to foreign companies and are therefore uncontrollable.

Meanwhile, Kazaryan believes there are many Russian companies that can develop the messaging services and introduce them without the government paying: “It would be good if everything was done openly, on a competitive basis,” he said.