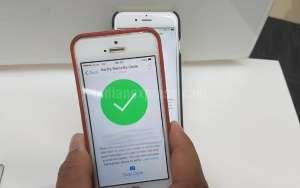 WhatsApp co-founder Jan Koum announced the update on his Facebook page, stating that the company has been working on the feature for the last two years.

MUST READ: 10 WhatsApp tricks everyone should know 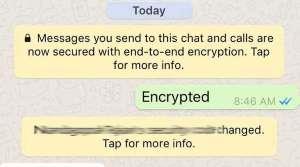 WhatsApp is using “The Signal Protocol”, designed by Open Whisper Systems, for its encryption.

The paper explains how messages are encrypted as well. It reads, “clients exchange messages that are protected with a Message Key using AES256 in CBC mode for encryption and HMAC-SHA256 for authentication. The Message Key changes for each message transmitted, and is ephemeral, such that the Message Key used to encrypt a message cannot be reconstructed from the session.” It also says that calls, large file attachments are end-to-end encrypted as well.

It should be noted that feature is enabled by default in WhatsApp, which means that if you and your friends are on the latest version of the app, all chats will be end-to-end encrypted. Unlike say Telegram where users have to start a secret chat to enable the feature, WhatsApp has the feature on at all times. Users don’t have the option of switching off end-to-end encryption.

Once you tap on the message, WhatsApp has a pop-up menu explaining what end-to-end encryption means. Users can verify if the encryption is working as well. If a user taps on verify, they will taken to a page with a QR code, followed by a string of 60 numbers.

So does the end-to-end encryption work all the time?

However a verification between a chat on two iOS devices, (iPhone 6s, iPhone 5s) worked for us and showed the green tick.

SLIDESHOW: 19 mobile hacks everyone should know 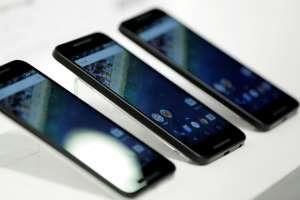