WhatsApp has been making a lot of changes according to some recent reports and leaks, they recently made the announcement of the service going completely free and not long ago, we saw that the app will soon be getting video calls support. The platform has been trying to stand tall in the market by bringing in new features, so that users won’t have to switch to another messaging app looking for greener pastures. 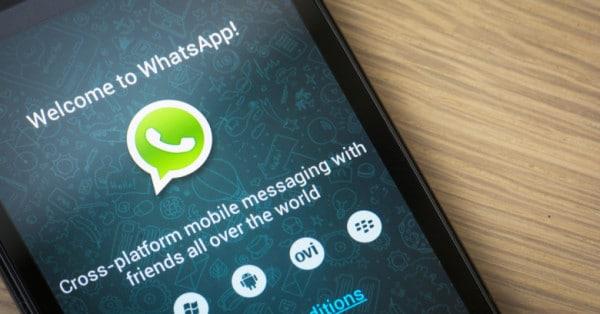 It’s been over an year now that WhatsApp implemented end-to-end encryption on its app across platforms including web, but there were no indicators to verify if the messages (or calls) are actually encrypted. WhatsApp had said that the end-to-end encryption feature will roll out in phases to all users, but never really confirmed if the roll-out is complete. So it’s quite possible that the contact you are chatting with doesn’t have encryption enabled.

Now, a beta tester who posted on his Google+ profile, was able to discover some security settings in his Beta version of Whatsapp version 2.12.413 thanks to the root access on his Android smartphone. It shows an option to verify every chat message and call for end-to-end encryption. For now, it looks like the feature is limited to the beta version of the application, but we’re pretty sure this will see public limelight very soon.

Related Read: 5 End-to-end Encrypted Messenger Apps That You Should Try

As you can see from the screenshot below, the End-to-end security for messages is turned on by default, though you can decide whether you want indicators to show up for that or not through a toggle. This basically means that those who are paranoid about their privacy can stop chatting with anyone who isn’t using the updated version of WhatsApp with encryption enabled by default. 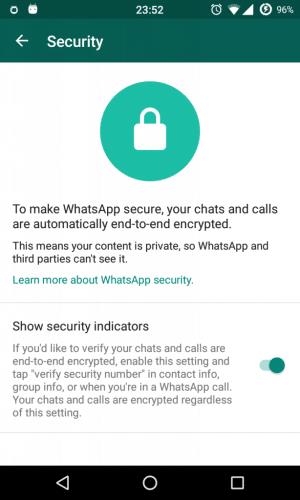 Not a lot of people are going to care about this, but those who were reluctant to operate on WhatsApp because of security reasons, will be very happy. We’re also yet to get the video call functionality which could mean that the company is working on some big changes and probably planning to release them in one massive update.

Edit: Article has been updated for better accuracy.