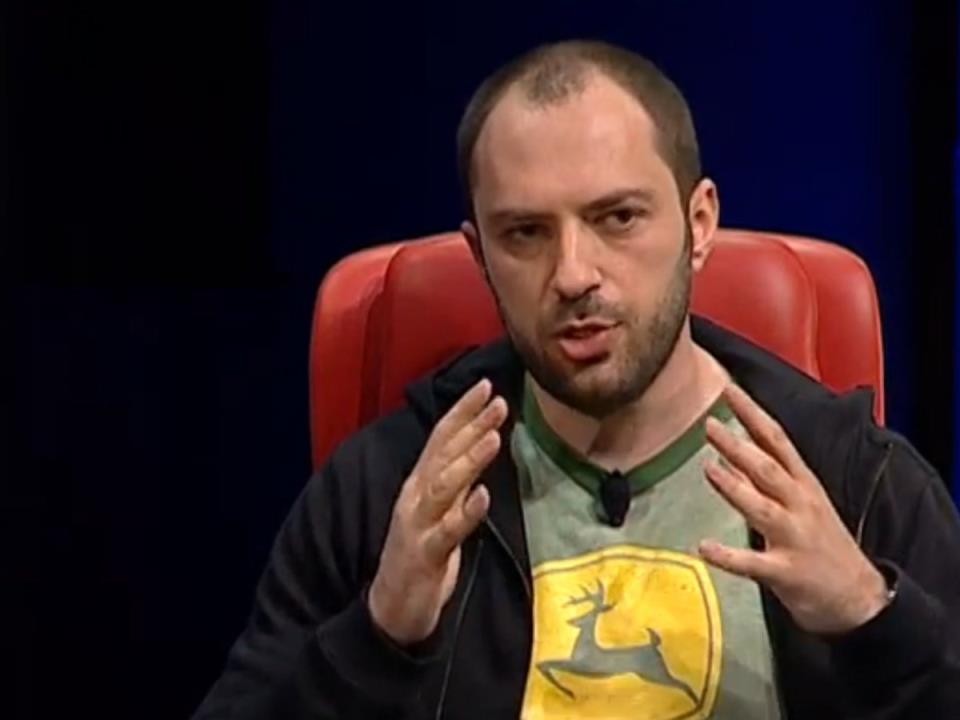 When Facebook acquired WhatsApp for $19 billion earlier this year, the main question was whether CEO Mark Zuckerberg overpaid.

Sure, he acquired 500 million new users on one of the biggest mobile platforms on the planet. And if any mobile app is going to join Facebook in the 1 billion-user club, it’s likely WhatsApp. But still — $19 billion!

A key milestone in the development of WhatsApp was the company’s decision in July 2013 to require users to pay a 99 cent annual fee to use the app. Previously, the app had required an initial fee but was free to use thereafter.

This chart shows WhatsApp’s ranking in the U.S. version of Apple’s App Store over time. We got the data from app analytics company App Annie . You can see the app takes a hit in popularity in July 2013, as soon as the company began demanding more money: 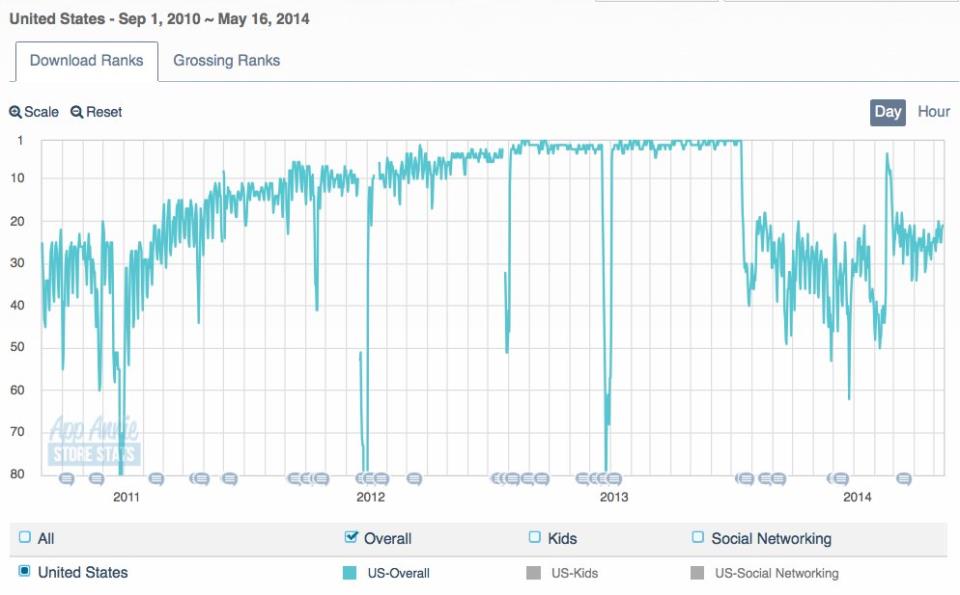 But note that since then, WhatsApp has been slowly clawing its way back to the top. It’s had fewer downloads, sure. But being the 30th most popular app in the App Store is still pretty popular.

WhatsApp has retained most of its appeal even though it now requires all users to pay, and it’s competing against a dozen different free messaging apps, including Facebook and its massive Messenger userbase. It’s hard to imagine Candy Crush Saga putting up similar numbers if it tried the same strategy.

This second chart is even more informative. It shows how WhatsApp ranked among top-grossing apps. The new fee system improved its ranking — and its revenue-getting ability: 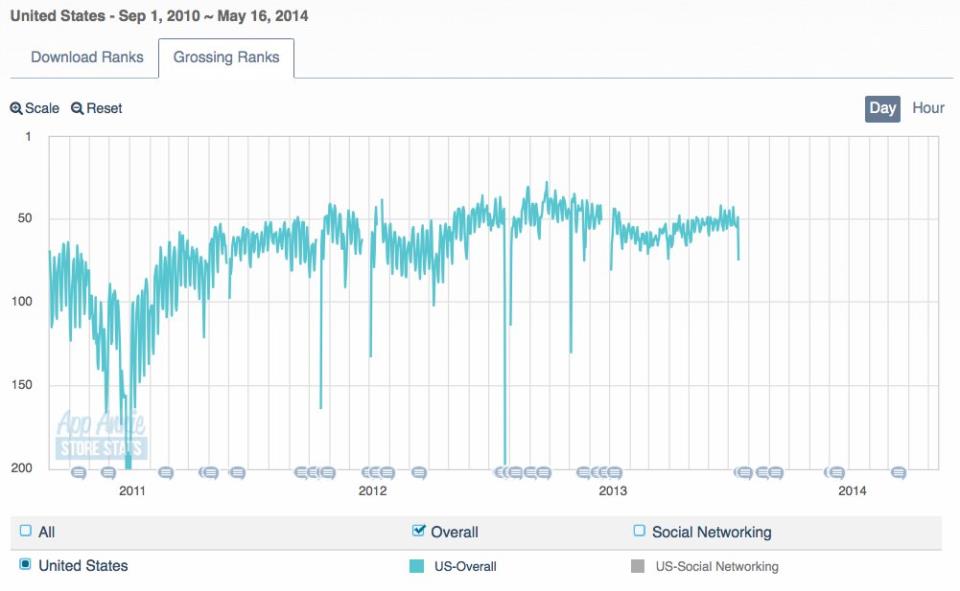 You can see that in terms of paid downloads the new recurring fee maintained WhatsApp’s ranking.

Is there any other fee-based app that has shown a similar level of stickiness with a user base in the hundreds of millions? Probably not.

You can argue about the price Facebook paid, but one way to look at it is that WhatsApp is not just a messaging app. It’s a one-of-a-kind business. That’s why it was so expensive.