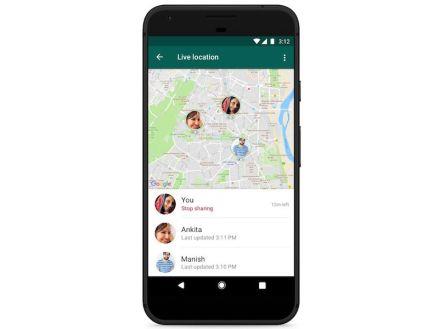 One reason of WhatsApp attracting so many users Worldwide is that they Update their App regularly on the user’s requirement. Recently Whatsapp released its Beta Update 2.17.375 which will be small in size and comes with some interesting Feature.

From the past few months, we have seen many new updates in the app. According to Digit, The latest Beta Version of the App comes with a Feature to notify your contacts when you change your number. The company also says that updated version of the app will be smaller in size when Downloading and Installing. The size has been decreased by around 6 MB due to the removal of the 20 libraries/packages that were added in the previous versions.

As per the Reports, the latest rolled Beta update version 2.17.375 is much smaller in size and will allow users to notify their Whatsapp contacts when they change their number in Whatsapp. Users will also have an option to customize the contacts with whom they would want to notify about the change in their Whatsapp Number.

Previously Whatsapp rolled out an update which allows a user to share their Live Location Update to their Contacts. This new feature Live Location was rolled out for both iOS and Android versions of the App.

This new feature is presently available only in the Beta version of the App. All the Beta Testers can go to Play Store and update their app to enjoy this interesting new feature.

EVER THOUGHT OF MYSTERIOUS HOLE IN THE SMARTPHONE.

WARNING: 5 THINGS TO NEVER DO WHILE CHARGING YOUR PHONE.

Ever Wondered Why Aeroplane Windows Have A Tiny Hole at the Bottom?