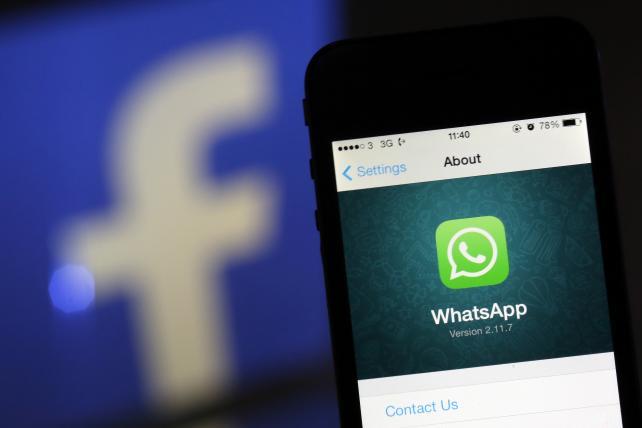 Facebook is getting ready to bring marketing messages to its WhatsApp messaging app, which was founded with a no-ads ethos, as well as tap user data from WhatsApp to inform ads on the social network.

WhatsApp announced the changes in a Thursday blog post on upcoming privacy-policy changes that impact users’ personal data and open them to the potential for marketing on the platform. The revisions mean that user data will get sucked into Facebook and help it serve more relevant ads in the News Feed, too.

The data could also go toward targeted marketing on WhatsApp. “We will explore ways for you and businesses to communicate with each other using WhatsApp,” a description of key changes said, “such as through order, transaction, and appointment information, delivery and shipping notifications, product and service updates, and marketing.”

As an example of marketing, WhatsApp said it could show deals to consumers. The app still said it has a firm “no banner ads” policy.

A WhatsApp spokesman declined to elaborate on the blog post.

WhatsApp had been laying the groundwork to introduce more businesses to the platform, giving brands a way to stay in touch with customers.

Executives envision the messaging app keeping consumers informed of flight updates or deliveries and other similar functions, for example, which have become standard in the messaging world.

Still, the more commercial WhatsApp becomes, the more it departs from its founders’ anti-ad vision. In 2012, co-founder Jan Koum wrote a defiant screed called “Why We Don’t Sell Ads.”

“These days companies know literally everything about you, your friends, your interests, and they use it all to sell ads,” Mr. Koum wrote then.

WhatsApp sold to Facebook for more than $20 billion in 2014.

The new policy updates allow Facebook to draw from the user data to improve ads on the social network, among other benefits to the service. “By coordinating more with Facebook, we’ll be able to do things like track basic metrics about how often people use our services and better fight spam on WhatsApp,” Thursday’s blog post said. “And by connecting your phone number with Facebook’s systems, Facebook can offer better friend suggestions and show you more relevant ads if you have an account with them. For example, you might see an ad from a company you already work with, rather than one from someone you’ve never heard of.”

The policy updates said that existing WhatsApp users could opt out of seeing any changes to their experience and ads based on their data. But the data still gets shared with Facebook for its own purposes of managing the app more effectively, according to the new policy.

Facebook cannot draw on the content of WhatsApp users’ messages because they remain encrypted and unavailable to the company, according to its policies.