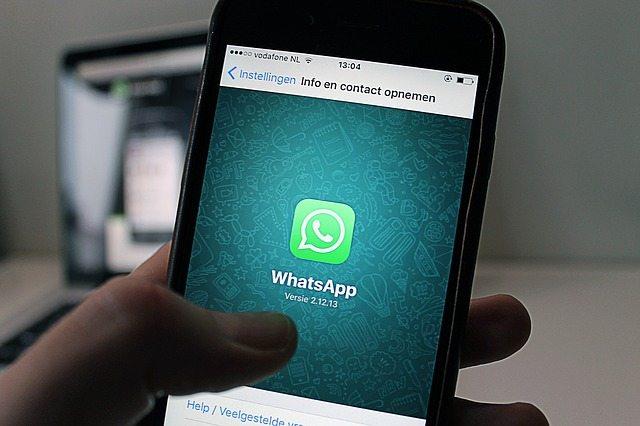 WhatsApp is testing a Facebook feature that allows users to change the background colors of status updates. In addition to the color change, users will also be allowed to add emoji and choose fonts they like for their text status. Apparently, the chat service is beta-testing the new WhatsApp feature with a handful of Android customers for now, according to Android Police.

How the new WhatsApp feature works

Facebook already has the feature, and users can select from over ten different colors like yellow and orange gradient, red-orange, green and blue gradient, yellow, white and many more. Only time will tell if WhatsApp adds the same color patterns or something of its own.

In the beta test, some selected users are seeing a floating pen icon in the Status tab at the bottom of the screen above the camera icon. After making the changes, hitting the green arrow icon at the bottom right of the post status posts the changes. The updated status shows to all the user’s contact. Android Police stated that the beta version of the new feature was released in February, and more than 250 million users are using it.

For its colorful status feature, WhatsApp has warned users that the beta version could be full of bugs for now.

“As a tester, you’ll receive an update that includes a testing version of the WhatsApp Messenger app. Please note that testing versions may be unstable or have a few bugs,” WhatsApp warns.

Focus on the next billion users

WhatsApp crossed 1 billion daily active users just last year and is now working to add the next billion with help from the new features. A new WhatsApp feature rolled out earlier this year allows users to send any types of files through the messaging application. Thereafter, a new media bundling feature was added with design improvements for voice and video calls.

Another new WhatsApp feature dubbed the Recall feature is also reportedly in the works. The feature allows users to delete message sent to their contacts. The Facebook-owned company is also looking to add a payment system within the application. Adding a payment option could be a big win for WhatsApp, given its massive user base.

In the series of new WhatsApp features, another could be “Structured Messages,” which will enable users to exchange content such as video, text and images securely. Every 31 days, WhatsApp will automatically download the structured messages pack in a background which has information about the language and translations.

Recently, WhatsApp unveiled a new update for Windows Phone users. With the latest update, users get the ability to add a check mark to their profile user name. There will also reportedly be some business-specific features to allow businesses and consumers to get in touch with each other.

WABetaInfo claims that a business version of WhatsApp will be available on iOS, Windows and Android phones. Once business accounts are identified and verified, a check mark will be displayed on them. WhatsApp will verify all the business profiles itself, and thereafter, a green emoji swoosh will appear. Unverified business accounts will get notifications from WhatsApp asking them to verify their accounts.