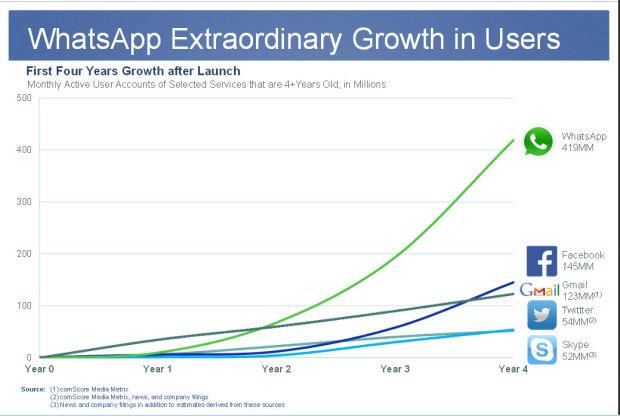 WhatsApp Messenger is a messaging app for smartphones created in 2009 by two former Yahoo employees, Brian Acton and Jan Koum. It is one of the most successful messaging apps to date with an unprecedented growth story that relied on little marketing. In October 2009, WhatsApp Inc raised $250,000 in seed funding. The app officially released for the iOS App Store just a month later and was adapted for release for all major operating systems. By 2011, it had become a top seller on iPhone, Android and Blackberry without much marketing spend. The company raised $8m in a Series A from Sequoia Capital in April 2011. In October during the same year, one billion messages were being sent in a single day by its users. By February 2013, the app reached 200m active users and Sequoia invested another $50m, valuing the company at $1.5bn. It hit 600m active users in January 2015, making it the most popular messaging app to date, and rose to 900m by September this year. The company was acquired by Facebook in February 2014 for $19bn, making it the largest venture-backed exit during that year.

Much of its success has been attributed to word of mouth, as well as its simplistic functionality. WhatsApp provides communication features similar to SMS, but messaging on the app is free once purchased for $0.99. The company has remained true to its simplistic approach, keeping its app free from advertising and gimmicks – an approach that worked in its favour. Jim Goetz, Partner, Sequoia Capital, explains: 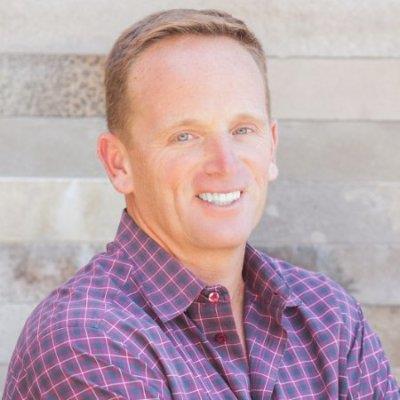 “When we first partnered with WhatsApp in January 2011, it had more than a dozen direct competitors, and all were supported by advertising. (In Botswana alone there were 16 social messaging apps). Jan and Brian ignored conventional wisdom. Rather than target users with ads – an approach they had grown to dislike during their time at Yahoo – they chose the opposite tack and charged a dollar for a product that is based on knowing as little about you as possible. WhatsApp does not collect personal information like your name, gender, address, or age. Registration is authenticated using a phone number, a significant innovation that eliminates the frustration of remembering a username and password. Once delivered, messages are deleted from WhatsApp’s servers.”

In addition, the company was helped by a strong focus on cross-platform operability, catering to developing markets where a lot of people still use mobile phones. The affordability of the service compared to the cost of a single SMS made it hugely attractive. It’s single largest user base is India, making up 10% of its global users.

As of 2015, WhatsApp is nearing one billion users. According to Statista, it took WhatsApp only 21 months to go from 200m to 700m users. Facebook took 25 months to reach the same goal. 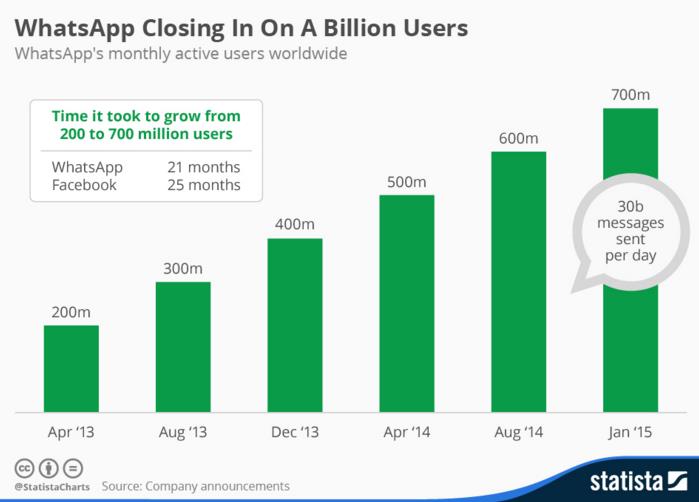 However, when it comes to value per average user, Facebook outranks WhatsApp by $99.1. Twitter and LinkedIn users also represent greater value per single user compared to the messenger app. 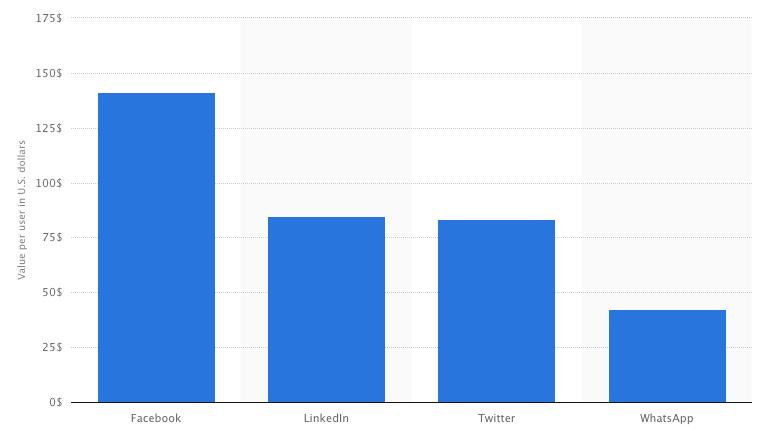 During the first half of 2014, WhatsApp generated just $15m in revenue and made a loss of $232.5m. However, Facebook has plans to roll out the service with a B2C option that would take a cut from each message. According to a forecast by Citigroup’s Mark May, WhatsApp could contribute $1bn in revenue to Facebook by 2017, growing to $2bn by 2018.

The messenger enjoys great popularity in India with a 96% reach, followed by Malaysia (89%) and Indonesia (41%). 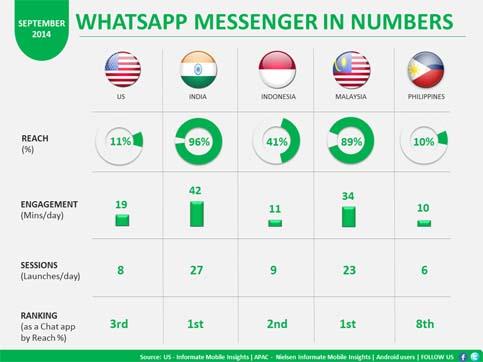 According to figures from Globalwebindex in Q 2015, South Africa ranked ahead of Malaysia and India for WhatsApp popularity, with almost 70% of online adults using the messenger. Competitor WeChat enjoys a similar reach in China. 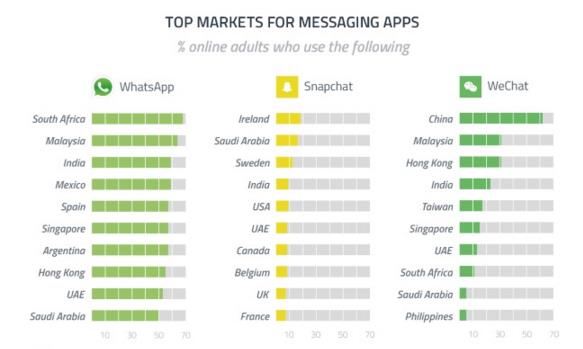 A closer look at the company’s largest competitor WeChat highlights different user behaviours. However, it shows that both apps are fairly ‘addictive’ and users return multiple times per day to check and send messages.

WeChat versus WhatsApp in user behaviour 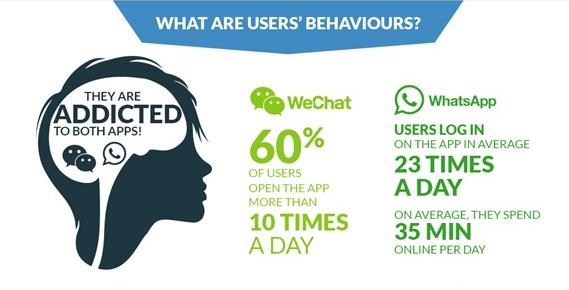 The average WhatsApp user sends over 1,000 messages per month with over 2,000 messages being received. Average users upload 40 photos, send 13 voice messages and 7 video messages, according to Mashable research carried out by Statista. 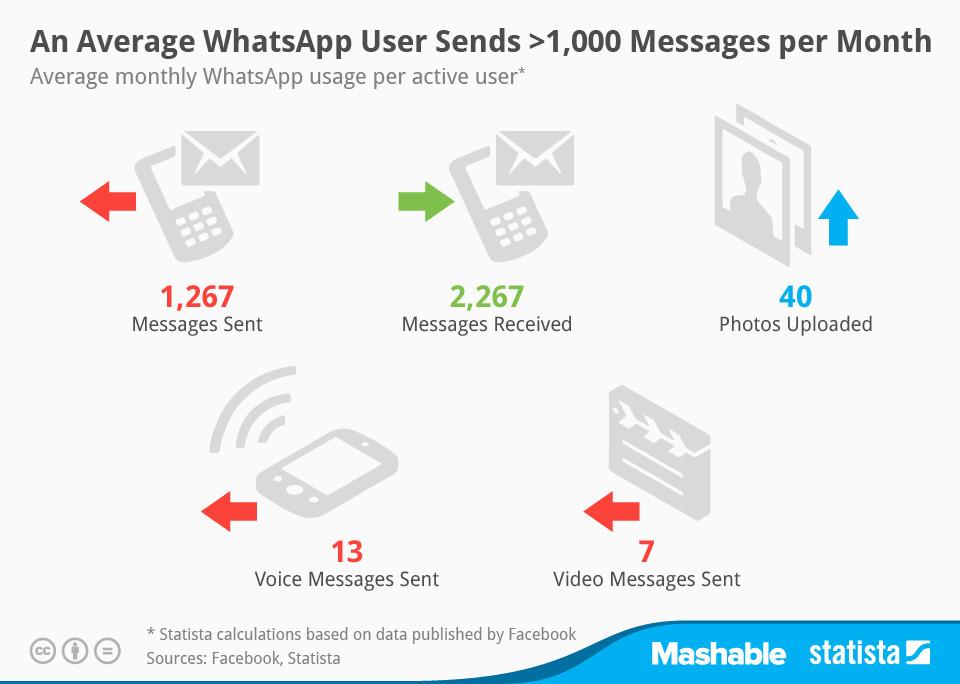 US Whatsapp and social network usage 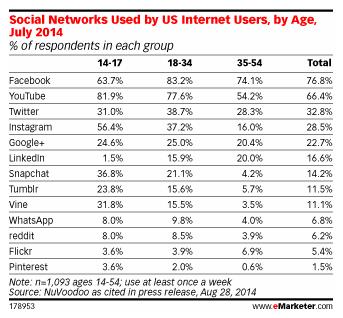 However, in the UK, WhatsApp enjoys greater usage by teens with 37% reporting weekly usage.

UK teenager usage of Whatsapp and other social networks 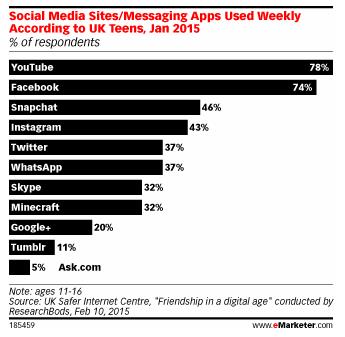 Similarly to WeChat, WhatsApp can be used by marketers to promote their products. However, the company continues to implement ad solutions as part of the app. WhatsApp does allow companies to send personalised messages to users and correspond directly, bonding and building a relationship. Images and e-brochures can also be sent using the app. The approach is time consuming, but ultimately can lead to great lifetime value.

WhatsApp is one of the few apps that managed to chart growth despite little marketing efforts. This growth continues due to its acquisition by Facebook. Revenue and monetisation are concerns for the future of WhatsApp. It is likely that growth may level off, despite a continued global expansion.