Regardless of your opinion on the Android operating system, it sometimes really doesn’t matter what side of the great divide you rest your head at night and you just have to give credit where credit is due. There is a lot to be said for the power and beauty of Apple’s iOS as well as the gorgeous Metro stylings of the Windows Phone OS, however, it is extremely hard to beat the customization abilities that exist within Android, something that developers use to their full advantage.

The guys over at XDA-Developers hit the nail on the head when they describe that one of the best parts about Android development is having the ability to take an already popular app and customize it to provide alternative options to users. I am pretty sure the developers of these apps would disagree with that notion, but that is exactly what has happened with one of the most popular texting and socially minded apps around – WhatsApp Messenger. 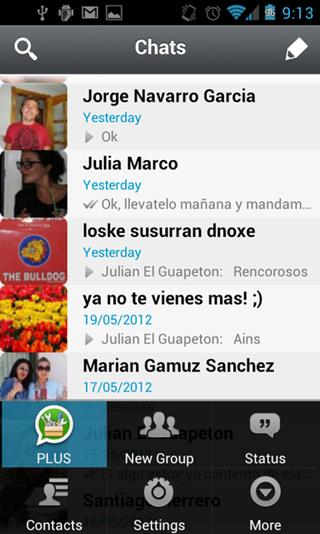 A senior XDA member known as rafalense has taken it upon himself to take the already extremely WhatsApp app and create a version known as WhatsApp PLUS that offers Android users the ability to gain control over how the app’s user interface looks and feels. The download statistics for WhatsApp across Android and iOS are quite simply staggering, so the chances are that if you have an Android device then you have definitely used this piece of software at some point, or at least know of its existence. It is also extremely likely that if you are an Android WhatsApp user then you will have come across alternative methods of applying themes to the app. However, the PLUS version is something entirely different and gives total customization capabilities to the user. 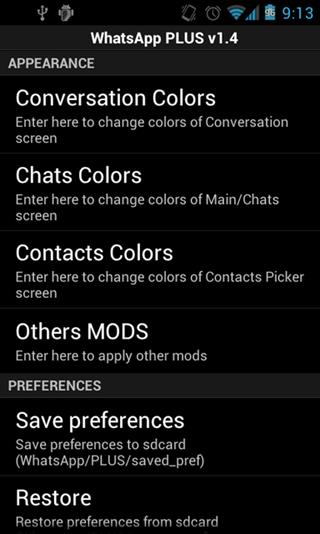 As well as the official functionality that is included with WhatsApp, such as sending and receiving text and image based messages, the modified PLUS version brings:

Granted, the stock version of the application will in most cases be enough for the majority of users but for those who like to harness the power and capabilities of their OS, having the option to customize this app and make it more unique will certainly appeal.

Make sure to check out our Android Apps gallery to explore more apps for your Android device.