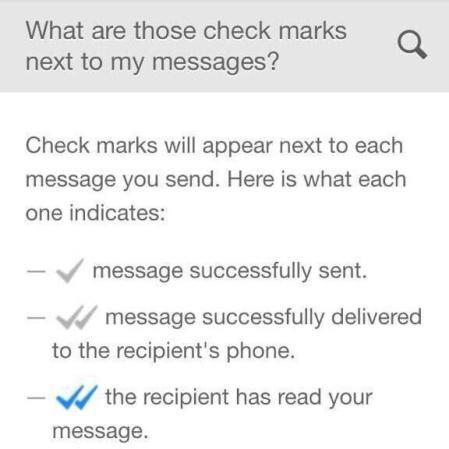 9to5Mac notes that you don’t have to update the app through the App Store to get the message read receipts feature. Instead, WhatsApp has pushed it over-the-air to Android and iOS versions of its app. What’s more, if you long press a message, you’ll be able to access the “Message Info,” showing the time when your message was received and read.

WhatsApp says in its updated FAQ that the new feature also applies to the broadcast messages and group chat. In that case, the double check marks will turn blue only after every participant in the group has read the message. The blue check marks are more specific and direct than the “last seen” feature. But some users may not like WhatsApp telling senders when their message was read.

WhatsApp has voice calling feature in the pipeline

WhatsApp has long been rumored to be working on a voice calling feature. The messaging service company’s CEO Jan Koum recently confirmed that it will introduce the voice over Internet protocol (VoIP) capability. It will allow users to make free phone calls via cellular or WiFi. Now Dutch website Droidapp.nl has obtained leaked images showing icons the app will use for its VoIP feature. 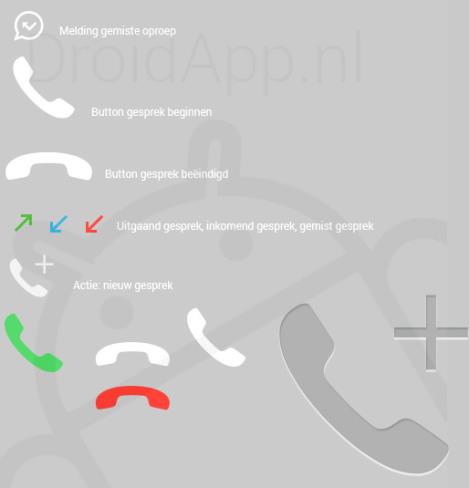 WhatsApp has blamed technical hurdles for the delay in rolling out VoIP calling feature. According to PhoneArena, the leaked icons were found in WhatsApp APK version 2.11.426 in the “drawable-hdpi-v11 & v4” folder. The voice calling service will bring WhatsApp in direct competition with apps like Line, Viber and WeChat. The feature is in the pipeline, but it’s still unclear when it will be rolled out.