Maybe we should call it WhatsWeb.

WhatsApp announced Wednesday that it has finally introduced the option to use its messaging service on your web browser, though it is somewhat limited. It only works with Google Chrome and it doesn’t work yet with iOS devices due to “Apple platform limitations.”

To take advantage of the option, WhatsApp users must open up this Google Chrome extension and then scan the QR code (yeah, we know, groan) to pair your device with the web client. As a further limitation, WhatsApp’s web chat only works as long as your phone remains connected to the Internet. However, as with other texting workarounds, having WhatsApp on desktop might turn out to be useful after you’ve jumped through these various hoops. 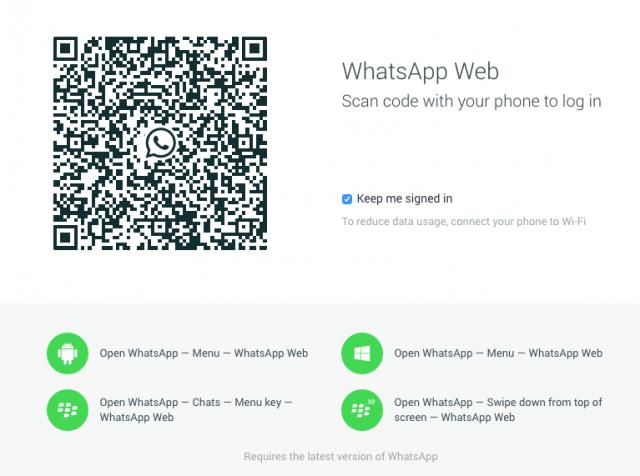 Facebook completed its acquisition of WhatsApp last year for what ended up being about $22 billion. WhatsApp recently topped 700 million monthly users, up from around 450 million users when Facebook first announced plans to acquire the company last February.