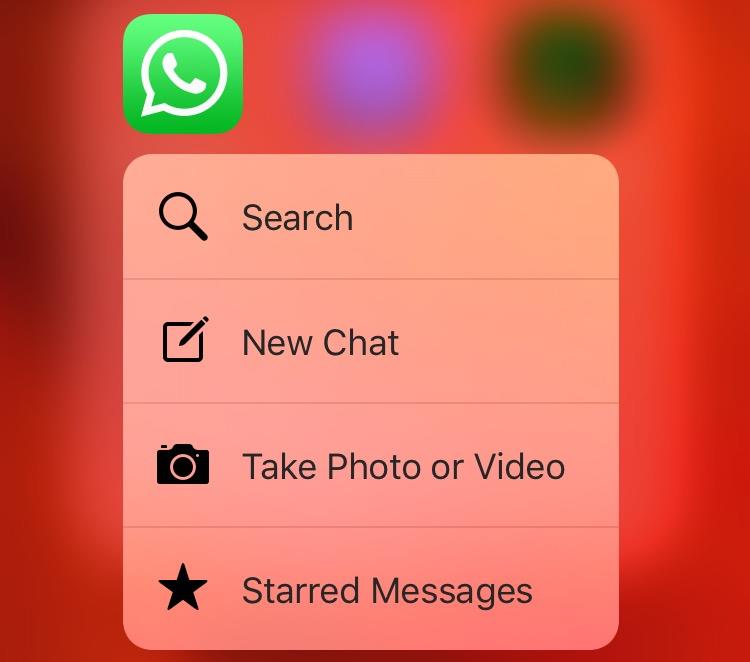 The popular mobile messaging service WhatsApp today received a pretty cool update in the App Store which adds the ability to share photos or videos from other apps installed on your iPhone via a new option exposed after tapping the Photo/Video Library button.

In addition, WhatsApp has gained a pair of new shortcuts in the 3D Touch menu on the Home screen and now supports solid colors as chat backgrounds.

Oh, and you can now zoom in on videos while they’re playing.

In addition to the previous Search and New Chat Quick Actions, WhatsApp now supports a pair of additional items in its 3D Touch shortcut menu on the Home screen: Take Photo or Video, which does just that, and Starred Messages, which takes you to the list of individual messages you have starred to make them easier to search.

Tap the leftmost button in the chat text entry field and select the Photo/Video Library option. Up pops the familiar interface for browsing photos and videos on your device, with one subtle change at the bottom in the form of a new Choose from another app button. 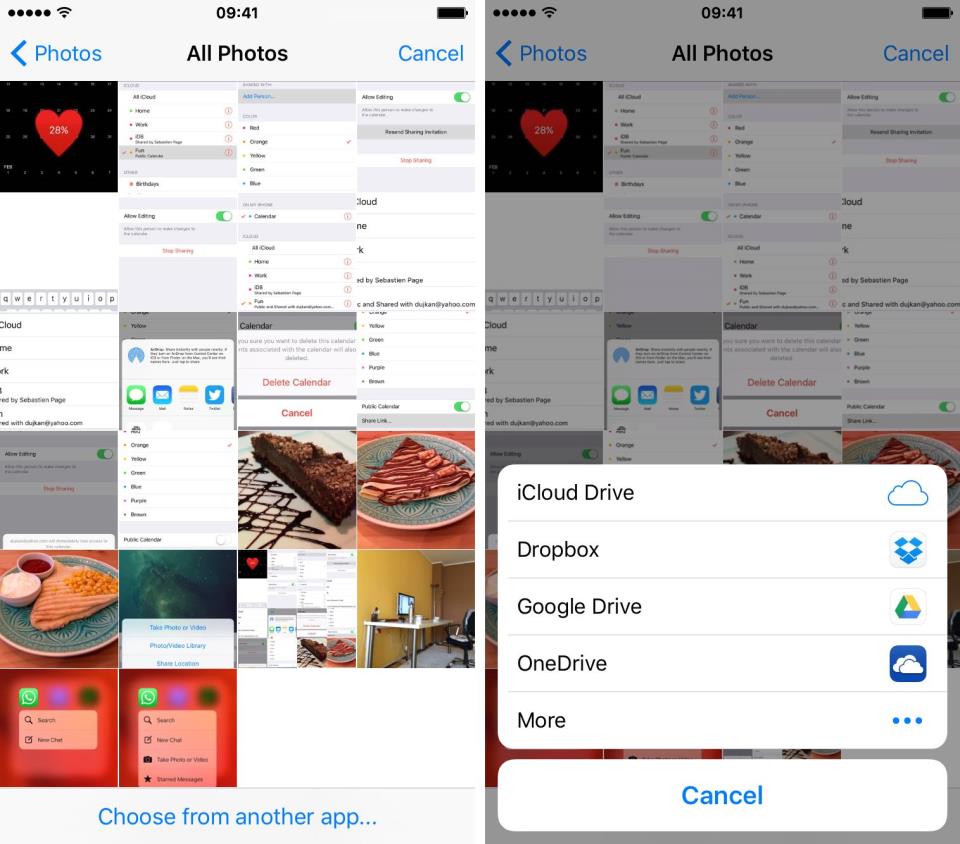 If you have installed the Google Drive, Dropbox or OneDrive apps on your device, for example, you will be able to select these service in WhatsApp’s menu and choose a media file stored there.

For instance, you could pick a photo in your Dropbox and Dropbox’s document provider extension will download the file in the background and send it to WhatsApp for you to send to a contact.

How cool is that?

Solid colors for your chats

The release notes mention the following changes in WhatsApp 2.12.14:

WhatsApp requires an iPhone, iPod touch or iPad with iOS 6.0 or later. The app lacks a native interface on iPads and a native Apple Watch app.