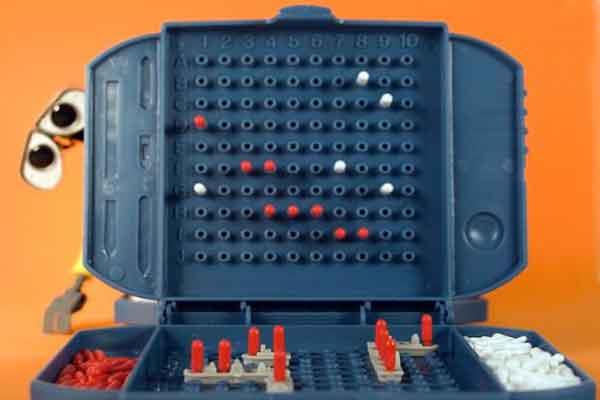 Best Board Games, Board games have been the oldest forms of indoor games – either in India or elsewhere. Ludo, Pictionary, and Chess have always been the best options to kill time since time immemorial. Now in this age of digital entertainment and the way the digitalisation has invaded our day to day life, they have now been replaced by the video games. However, we have people still loving the best board games. If you are one of them who likes to find the best board games for your smartphone, this could be the best place you have landed in. We will analyze a few best board games in the following paragraphs.

Do not get confused with another popular game that is known as Battleship. The basic concept of the game is that you and your opponent have to post your ships on the game board. You can play with the AI, or a human opponent online.

You take command of your armada and attempt to sink all of your opponent’s ships. The player who succeeds in dropping all of the enemy’s ships will become the winner.

The game has features like achievements, online play, and other options. The game is simple to play. It is filled with much fun. You can download it from the link Download Here 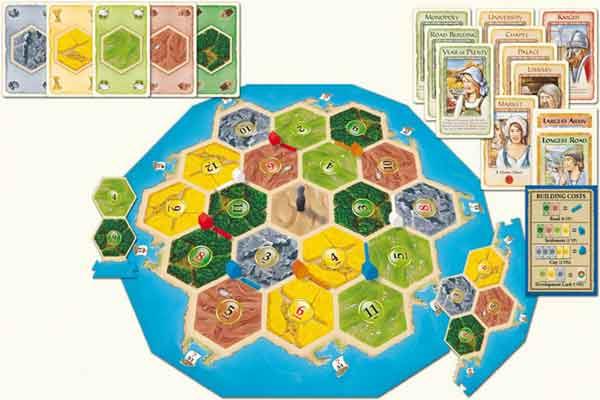 The app version of the legendary board game is quite nearest to the original one. The gameplay is entirely similar to the actual board game. You need to build settlements on the board and compete with the opponents. The app lets you compete with as many as four candidates.

In fact, it has been treated to be one of the classiest and classic board game. The app features most of the expansions available in the original game. The aim of the game is to build the longest road with the army to be the largest army in the world. Though it may not seem to have much fun involved, yet Catan promises to be a great source of entertainment.

You do get the option of playing with online players or can choose to play offline with the AI. The app has in-app purchases through which you can buy additional expansion packs. You also have the option of using the resources you have harvested during the gameplay. 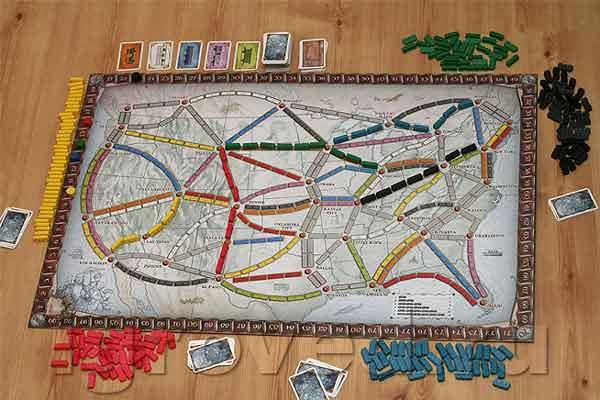 Tickets To Ride is a game based on building a railway network. It may appear lackluster if you have not played it before, but you can be assured that it gets interesting once you begin to play it. It gets more fun as you start playing it with the human counterparts.

Your task in the game is to build a railroad empire – all of your own. You will need to collect cars and use them to connect the cities. keep earning rewards which in turn can be used to get new cars to build your empire of connected cities. You get more points for connecting two cities that are far apart, in addition to the victory bonus that can be gathered for having the longest line.

The multiplayer mode of the game does support five players at a time. There are in-app purchases that would enable you to buy new maps or new boards. The game undoubtedly improves your skills at competition and construction. It offers cross-platform compatibility, and that can be one of the plus points of the match.

Tickets To Ride has been a favorite board game in the real world, and it continues to enjoy the same popularity in the virtual world of mobiles as well.

Tickets To Ride is a little expensive, but the gameplay makes it worth the price. You can get it from Google Store 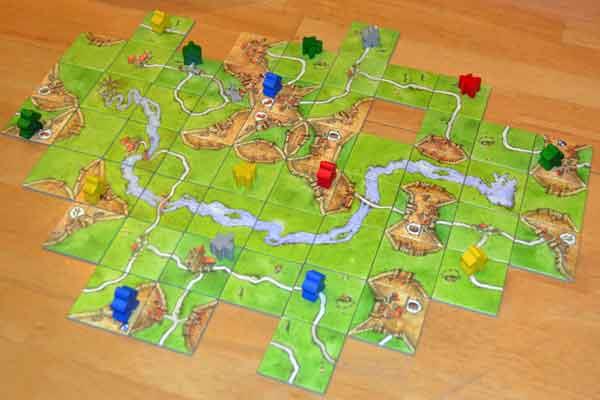 It is a classic tile placement game that has an awesome gameplay. Players will take turns to build the kingdom. You go on building roads, cities, and buildings.

The tiles have buildings, roads, and ponds on them; you just need to arrange them to build your kingdom. On the completion of placing the tiles, you can deploy your army of knights, soldiers, and thieves on these occupied areas and earn rewards. The player with more points at the end wins the game.

Carcassonne is a classic strategy game that can let you kill hours of idle time. The adaptation of the game to the digital version is quite impressive. You have the option of in-app purchases to get more expansions.

The game can be downloaded from Google Store 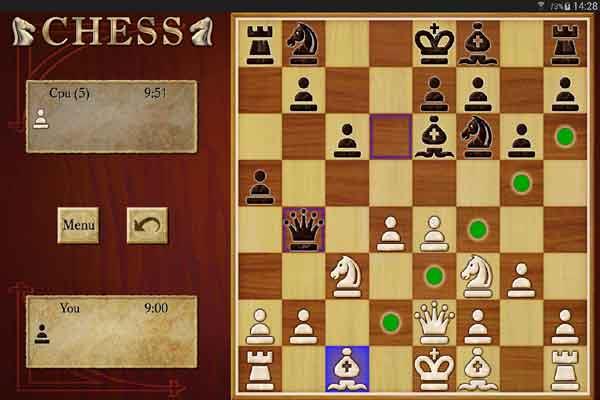 AI Factory is not a game, but the developer we have been talking about. For the uninitiated, this is the development studio that specializes in the board games and card games. You can find almost all classic best board games in their repository.

The game zone of AI Factory contains a massive list of the classic and traditional best board games. You can choose any of them including Chess, Backgammon, Checkers, and Sudoku among others. If you are a fan of retro games, it can indeed be a great treat for your needs as the library also consists of games like Tic Tac Toe. All the games in the AI Factory repository are free, and that should be one of the features that most of us will love.

The games also have premium versions, but it should be pointed out that they are not as expensive as most of the other games in this list are. The games are not graphic rich. Though some of us may not like it, the simple user interface of the games will make them low on power usage and thus best suited for low-end devices. You can check the list of games available from AI Factory from the link Download Here

The list above features a few of the highly-rated best board games for your smartphone. The app stores have a quite good collection of those games. Some worthy mentions can be –

Neuroshima Hex is one of the favorite best board games available on smartphones. It is a tile-based game in which you take control of an army and fight for space on the board in competition with other armies. The game features in-app purchase for additional features.

Pandemic: The Board Game is yet another favorite board game that lets you travel the virtual world and cure diseases. It has been one of the highly rated games in gaming arena and comes with in-app purchases.

Talisman is a multiplayer game that supports upto six players. It belongs to the treasure hunt genre. The game supports upto four players.

In Conclusion Of Best Board Games

With that, we end our listing of a few favorite best board games available for your smartphones. These constitute our top picks for the genre of board games. Do you feel we have missed any gam,e that you think should have found a place in this list? Do share your favorite games so that we can explore those as well. Share your views and opinions of the gameplay and the depth of entertainment involved in these games.