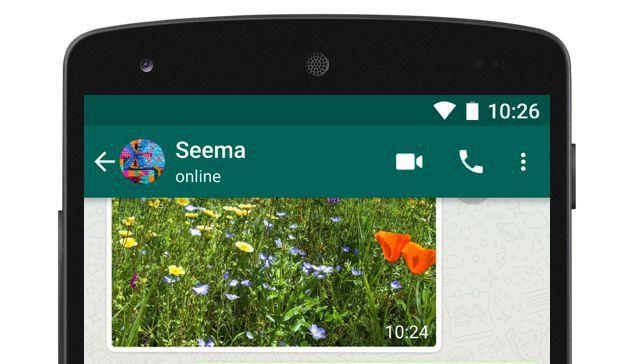 To mark the milestone, WhatsApp is finally updating its Android app to make video calling more prominent. Now, the feature will appear right next to the voice calling menu within chats on Android.

The stat comes almost exactly six months after the app first rolled out its video calling features to all its users. That the feature has managed to rack up so many users in such a short period is indicative not only of WhatsApp’s overall dominance in the messaging space, but also why video calling was such an important feature to begin with.

WhatsApp is hugely popular in countries like Brazil and India, where not everyone has access to the most high-end phones or stable LTE connections.

When the company announced video calling last year, WhatsApp emphasized that the reason it had taken so long for the feature to roll out was because the company wanted to bring video calling to all users, not just those “who can afford the most expensive new phones or live in countries with the best cellular networks.”

Six months later, it’s clear that the investment in optimizing for slower connections and low-end devices is paying off. Notably, the company took a similar approach with its Snapchat Stories-like feature Status, which, unlike Snapchat, is optimized for countries like India. Last week, Mark Zuckerberg revealed that WhatsApp’s Status feature has 175 million daily active users.

WATCH: Study finally reveals if your cat likes hanging out with you