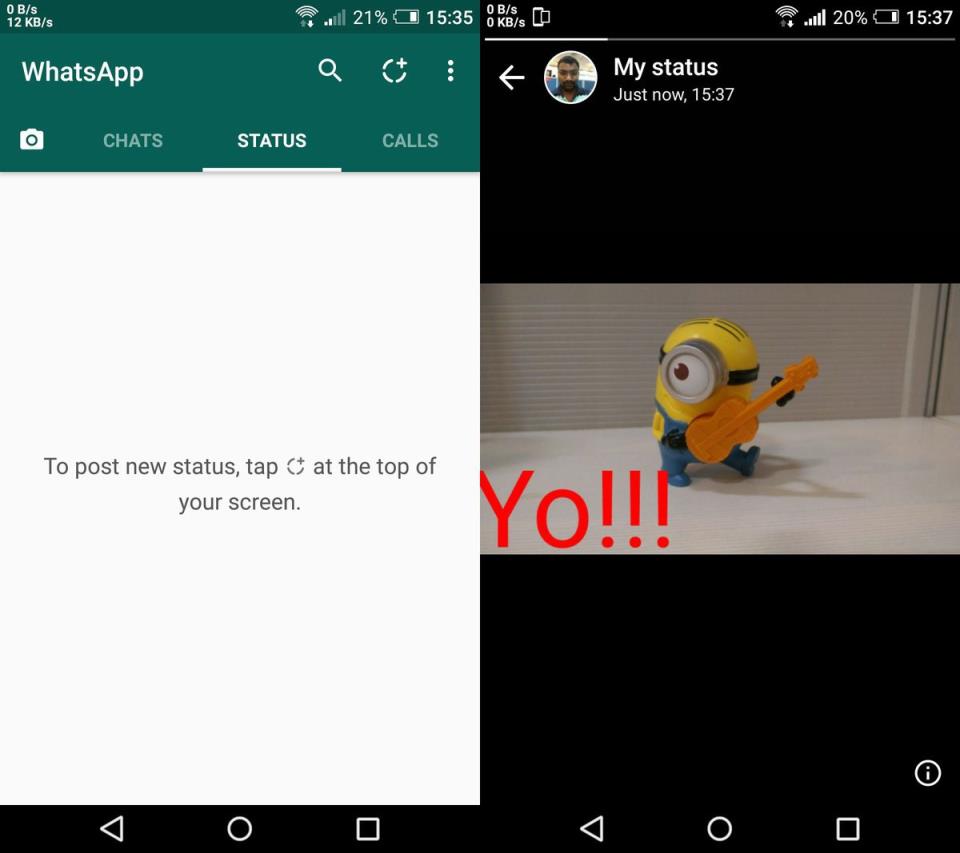 Facebook’s WhatsApp could soon get its own Snapchat moment.

Less than two months since Facebook’s Instagram introduced Stories, a feature strikingly similar to Snapchat’s Stories, the social juggernaut is exploring the idea of adding this capability to WhatsApp as well.

WhatsApp is testing a Snapchat Stories-like feature on its instant messaging and voice calling app. The feature, dubbed “Status,” is hidden in the newest public beta build of WhatsApp’s Android and iOS clients, and you can give it a whirl starting today — provided you’re a beta tester, and have a jailbroken iPhone or a rooted Android phone.

Much like Stories, WhatsApp’s new Status feature is aimed at letting people share multiple updates in a day. Each of these instances of status has a lifespan of 24 hours, and can be shared with every contact on your WhatsApp, or with select people. The new feature is available under a “Status” tab on WhatsApp, which sits in the middle of existing “Chats” and “Calls” tabs.

The idea, from what we can gather, is to let people capture photos and videos and share it with their friends. WhatsApp is also letting users pick images and videos from their library, doodle on them and add text if they would like. Presumably, all these status updates will show up on the “Status” tab of friends.

It doesn’t seem like WhatsApp will be trickling down this new feature to its stable version of the app anytime soon, though. Even the beta testers of its apps are currently required to download a third-party app to enable the new Status feature on their phone. It will be interesting to see if it ever materializes. 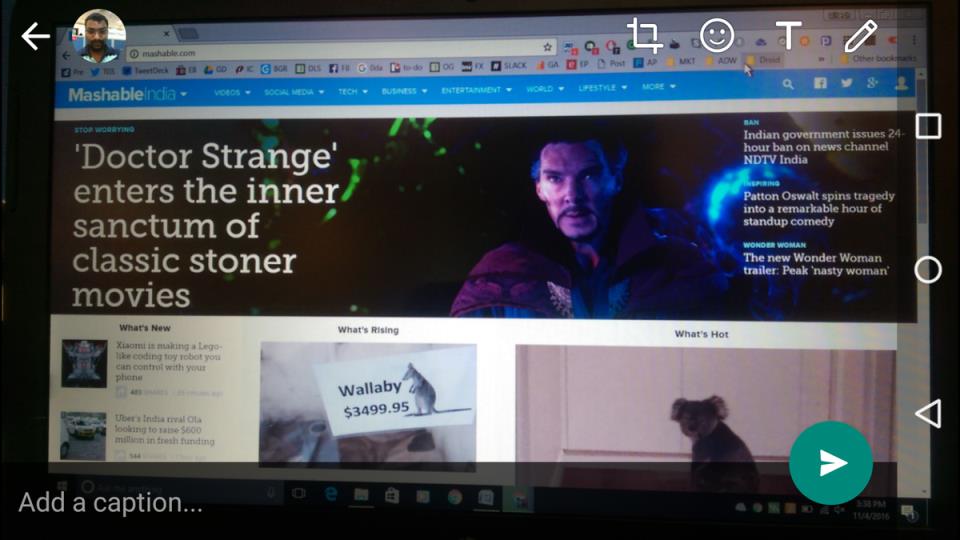