WhatsApp users have spoken, and their message is clear: They still want to update their Status via text just like the good ol’ days of away messages on AOL Instant Messenger.

Last month, the Facebook-owned chat app introduced a new way for its billion-plus users to share updates with their contacts in the form of yet another Snapchat clone. The new Status feature is just like Snapchat and Instagram Stories, which are well-loved — but it came at the expense of WhatsApp’s old-school Status tool, which allowed users to display a simple text message.

But the old school Status is already making a comeback. Users running the latest Android beta version of WhatsApp reported the feature has reappeared, giving them the option to update their contacts via text or video Status.

SEE ALSO: WhatsApp might be testing a business feature in its biggest market

The text status update is found in the “About” section of WhatApp. It’s simple: just navigate to the Status section and select one of the options or tap out on of your own – no clever videos or glammed-out selfies required. 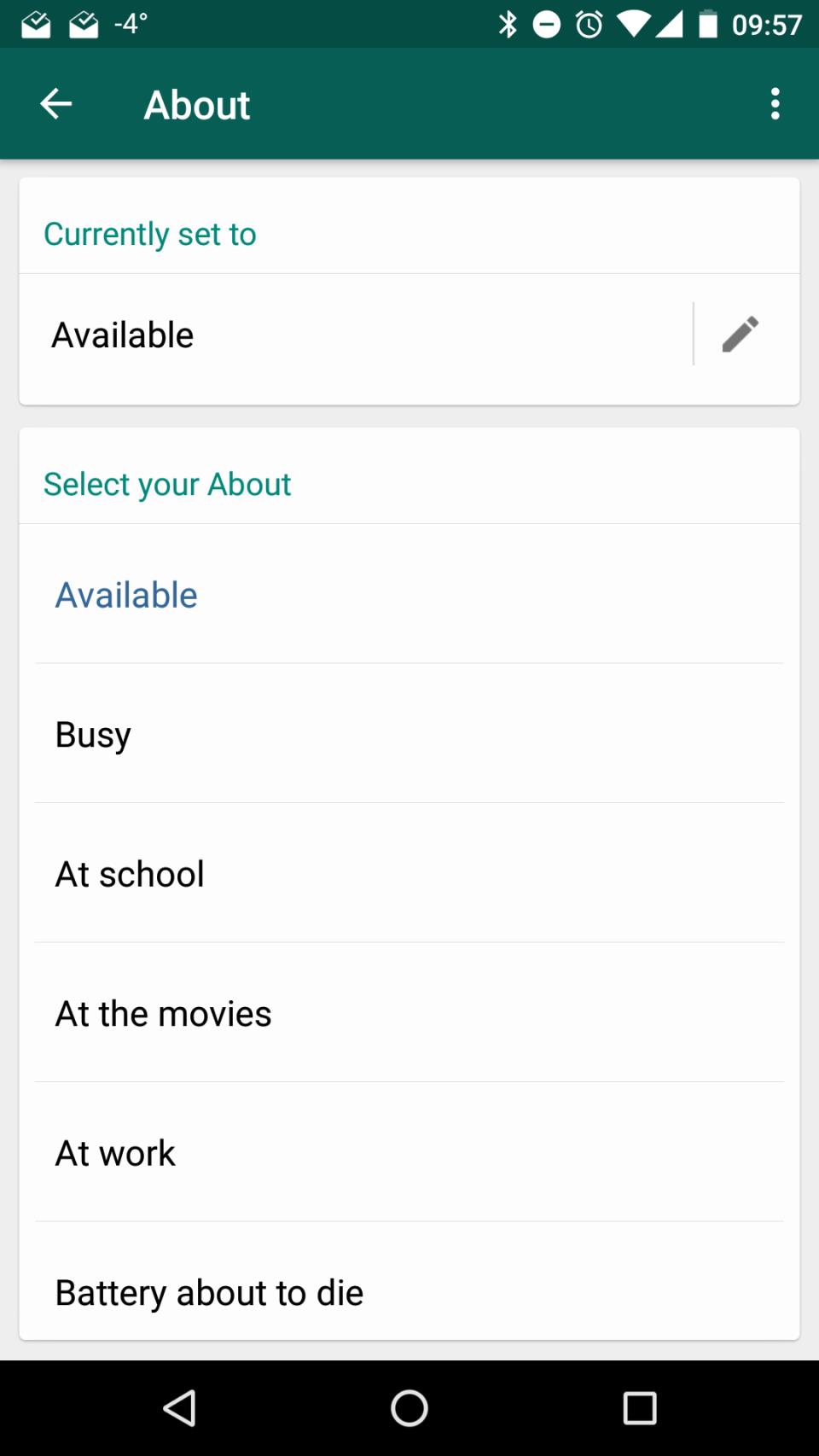 The new old Status update page on the Android beta.

A WhatsApp rep told us the reintroduction of the text Status feature came after community feedback. The provided this statement via email:

We heard from our users that people missed the ability to set a persistent text-only update in their profile, so we’ve integrated this feature into the ‘About’ section in profile settings. Now, the update will appear next to profile names anytime you view contacts, such as when creating a new chat or looking at Group info. At the same time, we’re continuing to build on the new Status feature that gives people fun and engaging ways to share photos, videos and GIFs with their friends and family throughout their day.

The rep also confirmed the feature will be available for all Android users over the next week and will make its way to the iOS version of the app soon after.

Does this mean users are getting tired of the Snapchat clones that are popping up in just about every social media service? Maybe. What it definitely shows us is that people love old school away messages, and they’ll make their voices heard to keep them.

WATCH: Paranoid like ‘Snowden’? Here’s where to put cellphones