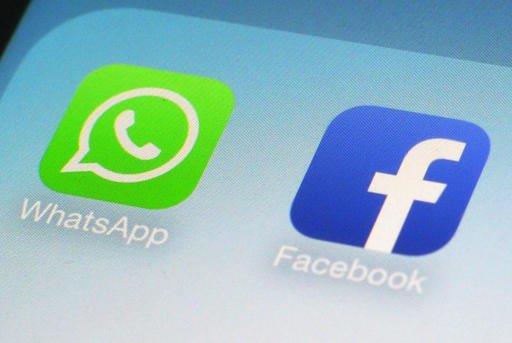 FILE – This Feb. 19, 2014, file photo, shows WhatsApp and Facebook app icons on a smartphone in New York. Global messaging service WhatsApp says it will start sharing the phone numbers of its users with Facebook, its parent company. That means WhatsApp users could soon start seeing more targeted ads on Facebook, although not on the messaging service itself. (AP Photo/Patrick Sison, File) syndication.ap.org

The move is a subtle but significant shift for WhatsApp, used by more than 1 billion people around the world. When it was acquired by Facebook for an eye-popping $21.8 billion two years ago, executives promised privacy would be safeguarded.

WhatsApp is giving users a limited time to opt out of sharing their information with Facebook, although they must take the extra step of unchecking a box to do so. It also says Facebook won’t post phone numbers online or give them out to anyone.

WhatsApp on Thursday offered a glimpse of its plans for turning on the money spigot, releasing new documents that describe the company’s privacy policy and the terms of service that users must agree to follow. The documents are the first revision of those policies since 2012, before Facebook acquired WhatsApp.

Companies could also send marketing offers or messages about sales to individual customers, according to the new documents, which note that users will be able to control or block such messages. WhatsApp says it will continue to bar traditional display ads from its service.

Another change is potentially more controversial: WhatsApp says it will begin “coordinating” accounts with Facebook by sharing WhatsApp users’ mobile phone numbers and device information, such as the type of operating system and other smartphone characteristics. The company says Facebook will employ the phone number internally to better identify WhatsApp users on Facebook, so it can make friend suggestions or show targeted advertising.

WhatsApp phone numbers are valuable to Facebook. While the social network already has many phone numbers, it doesn’t require users to provide them, and doesn’t always have the most current number for everyone on Facebook. But anyone on WhatsApp must provide a current phone number because that’s how WhatsApp knows where to deliver messages.

WhatsApp says current users have up to 30 days to accept the new policy terms or stop using the service. Once they accept, they have 30 more days to opt out of sharing with Facebook.

But privacy activists also criticized the 30-day window to opt out.