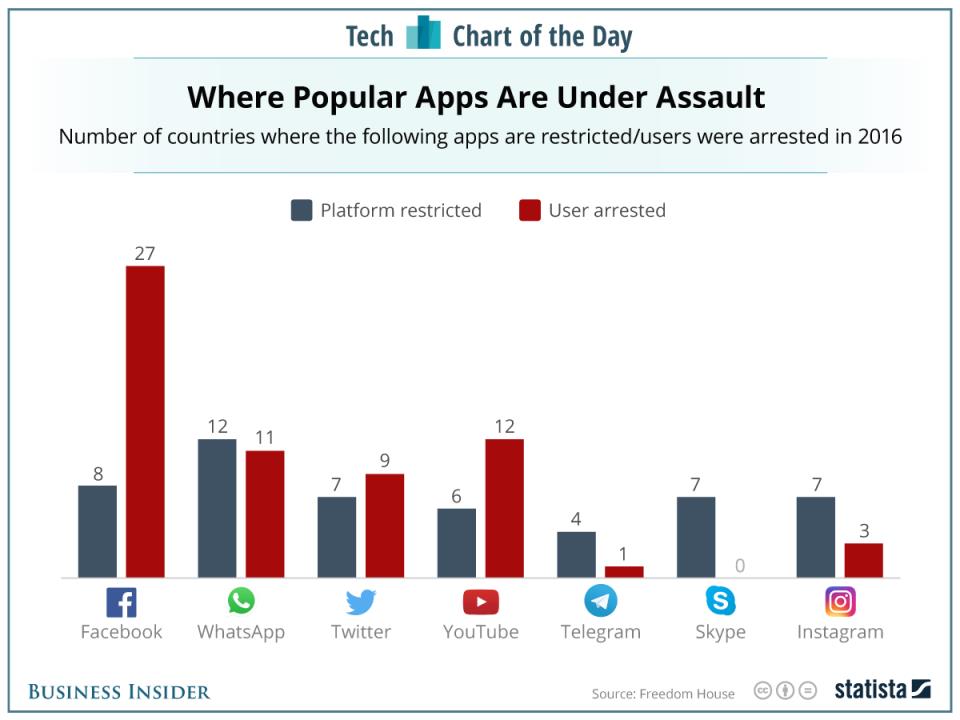 Apple removed The New York Times’ apps from its app store in China after a government request, The Times revealed on Wednesday.

The Times isn’t alone when it comes to government bans. According to this chart by Statista, based on data from Freedom House, some of the most popular social media and communication apps, like Facebook and WhatsApp, are blocked in multiple countries. WhatsApp is banned by the most number of countries, at 12, while Facebook drew the highest number of user arrests across 27 countries.

Freedom House writes these apps are targeted in part due to national security concerns and as a way to protect local telecommunication companies.

SEE ALSO: Here’s one reason why Apple, Google, and Amazon are getting into the music streaming market

NOW WATCH: What happens when vegetarians eat meat for the first time