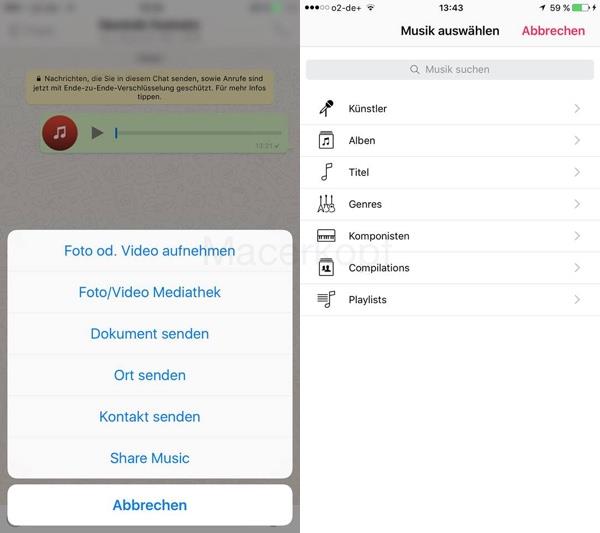 Facebook-owned WhatsApp has some notable improvements in the pipeline, including support for large emoji characters, all-new public groups, the ability to share locally stored tracks and Apple Music songs with friends and family, deeper Facebook integration, profile codes, stickers and multi-account support, to name a few.

But we’re just getting started.

Prolific WhatsApp leakster @WABetaInfo has shared a bunch of screenshots along with descriptions of these and many other features that are currently being tested with a subset of WhatsApp’s user base. I’ve distilled them in this article for your reading pleasure. Here are some of the more interesting WhatsApp enhancements that we’re looking forward to.

Currently, you can share pictures, videos, documents, places and contacts via WhatsApp.

If screenshots taken from a WhatsApp beta are an indication, you will soon be able to share music with friends and family on the service. The images seem to confirm that users will be able to share both tracks that have been downloaded to their device as well as Apple Music songs. 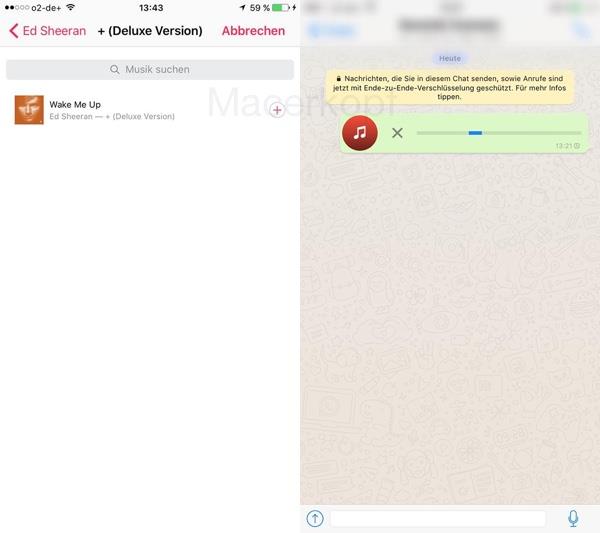 As shown on the screenshots above, shared by Macerkopf.de, the recipient will see a rich preview of any shared song in the chat view along with album artwork, and can tap a red button to listen to the song in a built-in mini player. Apple Music tracks shared via WhatsApp can be played only if the recipient is a subscriber.

UPDATE: I was told by a trusted source that the screenshot depicting Apple Music sharing in WhatsApp might be a fake, or at least something someone could have added to the app using a tweak like WhatsApp++.

For what it’s worth, WhatsApp did add a native Apple Music integration in 2.12.17. The feature was disabled by default and WhatsApp developers completely removed it in version 2.16.3. Of course, there’s nothing stopping the developers from bringing that feature back in a future update.

And speaking or rich previews, when you paste an animated GIF link into the chat the app will automatically extract the GIF, convert it into a video file and play the resulting file in the MP4 format inline.

You’ll even see the “GIF” label on the image thumbnail.

On top of these goodies in tow for the next release of the app, WABetaInfo claims that WhatsApp will gain user @mentions in group chats with autocomplete for user names, all-new public groups like those we’ve appreciated on Viber and a host of other tweaks and refinements.

As for public groups, the screenshots reveal that anyone should be able to create public groups around their interests, and invite users to join by following the group invite link. The link can be revoked by the group’s administrators at any time to stop others from joining it. 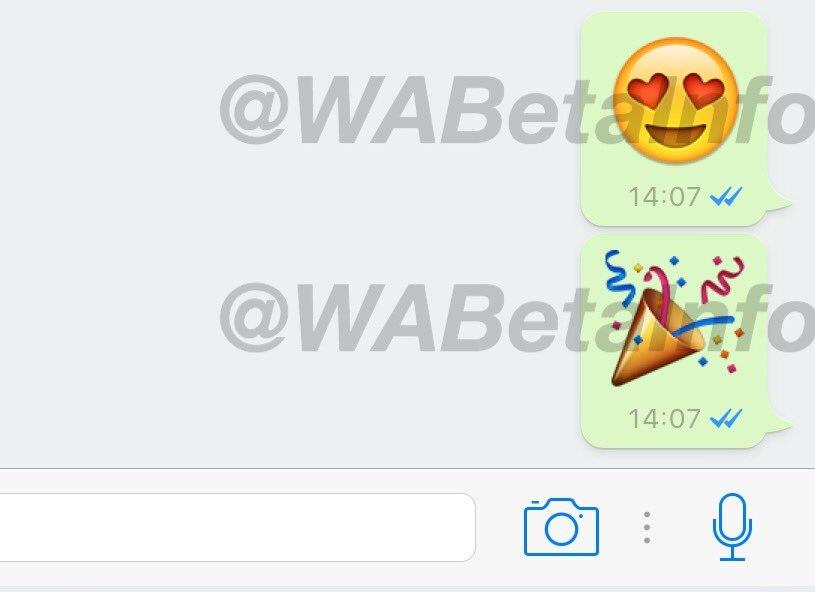 As mentioned before, larger emojis have been spotted in the beta.

It’s interesting that iOS 10’s much-improved Messages app also supports three times larger emoji (when sent alone), among a bevy of other new features in the stock Messages app. Of course, WhatsApp is owned by Facebook and we have reasons to believe that Facebook Messenger’s recently consolidated emoji system is in fact headed to WhatsApp.

Other changes planned for a future WhatsApp update, which is currently being tested as we speak, include the following design changes, refinements and new capabilities:

Now, some of you may already have one or more of these features enabled.

This is normal: WhatsApp has been testing beta code with a small subset of its user base. I’ve discovered that reinstalling WhatsApp in certain cases might enable some of the hidden features being tested.

It’s important to note that WhatsApp will soon drop support for iOS 6 and iOS 7 devices.

We also know from the WWDC 2016 keynote that WhatsApp will support Siri requests and let you call or message contacts directly from within the stock Contacts app.

Standard caveat applies: these leaks aren’t a guarantee of things to come.

The current WhatsApp build, version 2.16.6, is available for free on the App Store.