If you’re a heavy WhatsApp user, get ready for its emoji to look a little different.

says the latest Android beta of the popular messaging app shows a tweaked set of emoji for the first time. Until now, WhatsApp was always using Apple’s set of emoji.

SEE ALSO: How dancing emoji hijacked your job — and why there’s no going back

If you use an Apple device, you’ll probably continue to see the same emoji. But if you’re on an Android, you’ll see the new ones eventually.

That’s because the way emoji looks is similar to a font. There’s a standard Unicode set of emoji written out, and every handset maker draws their own emoji that corresponds to the character.

To use Apple’s set, WhatsApp may have had to pay a licensing fee. The changes could have simply been down to doing away with that — as its parent, Facebook, did a couple of years ago.

That’s why you see one set of emoji on Facebook’s web version, but the Apple one on the iPhone app. Samsung users see their own emoji, and Google makes another set for stock Android users. 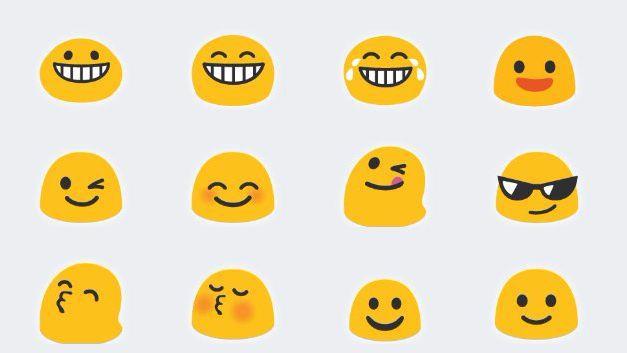 But if you’ve been used to WhatsApp’s current set of emoji, don’t worry, the new changes are fairly slight.

This was probably done so as not to rock the boat for the hundreds of million Android WhatsApp users.

To use WhatsApp’s emoji, you have to press the emoji button by the text field:

The emoji that comes with your keyboard will otherwise more likely be the one that your phone maker has set. (Basically, the ugly one that Samsung users have to live with.)

WATCH: This adorable emoji python will cure your fear of snakes