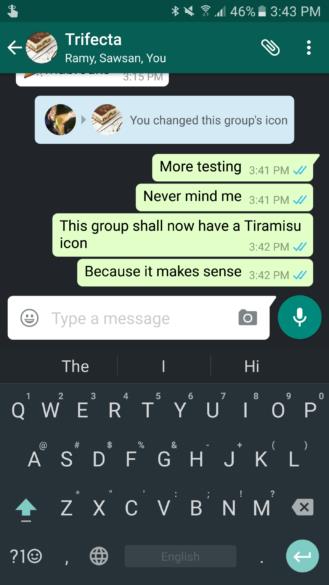 It’s been a while since we’ve done these WhatsApp posts to talk about all the little changes that the app has received and that don’t warrant an entire post. But they’ve started to add up and it’s finally time for me to sit down, sift through the hundreds of tips emails and chats and screenshots, find the different modifications, and tell you all about them in case you missed them.

Some of these changes go as far back as the beginning of May and version 2.16.76 of WhatsApp while others are new and only seen in the most recent 2.16.141 beta. So keep in mind that you may have seen these features more than a month ago, but since some are only visible when you do something specific in the app, you may not have come across them yet.

When you uploaded a new group icon/avatar/image, you used to get a small message saying the icon has changed. Now WhatsApp displays the old icon and the new one for a more visual effect.

If an unknown contact messages or calls you on WhatsApp, the top of the conversation shows Block and Add icons, but that wasn’t very obvious or user-friendly. Now, the chat will display a big box that you can’t miss with three easy options: report spam, block, and add to contacts. 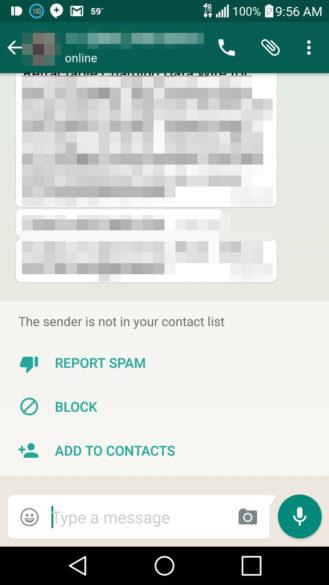 Missed calls in WhatsApp used to show up as notifications and inside the Calls tab, but they didn’t carry over to the Chats tab for the corresponding contact. Now they do. If a contact calls you and you don’t answer back, you’ll see a blue bubble for the missed call inside your text chat with that person. 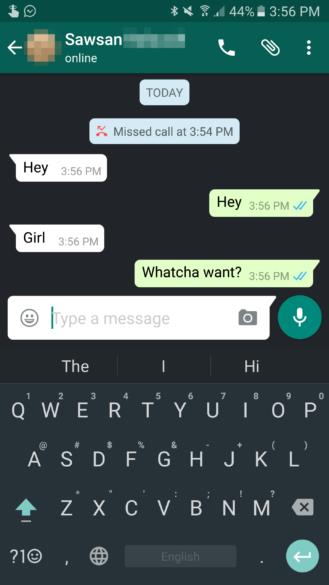 There’s a completely new interface when you go to create a new group or start a broadcast on WhatsApp. It looks more in line with the app’s redesigned interface and shows big display images for contacts and big remove buttons. 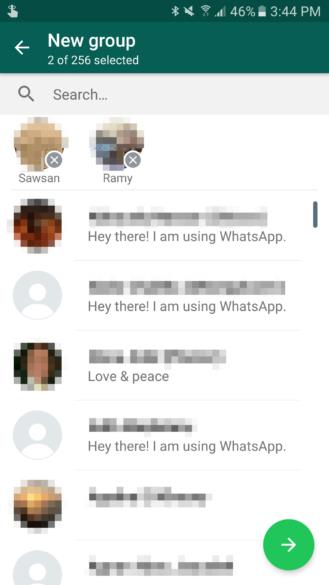 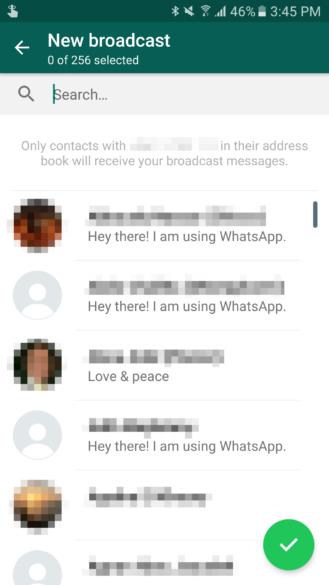 Just in time for the Rio Olympics, there’s a new olympic emoji symbol inside WhatsApp’s sports emoji tab. It’s at the end, so you can start sending those pentacolored rings to all of your friends to get them in the spirit. Or not… as my party-pooper friends prove in the screenshot below. 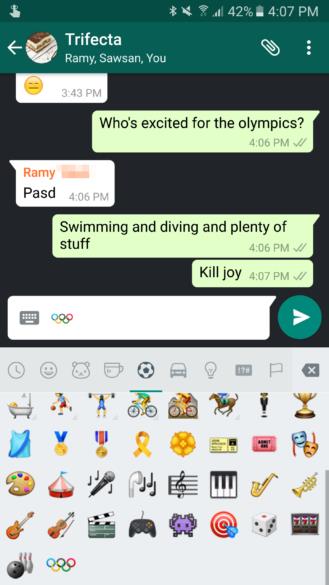 Infinite scrolling up and unread messages down arrow

WhatsApp’s chats have always had a down arrow to move to the end of the conversation if you’re scrolling up. But it has recently changed the look of that arrow to be more visible and added an unread counter. The counter will only show up, in my experience, when you’re scrolling somewhere above in the conversation and you get a new message inside that chat. It’s to indicate that you got something new that you should check out. 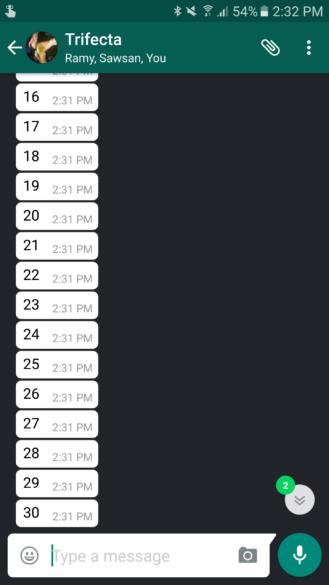 Another more interesting and much more awesome change is the implementation of infinite scrolling upward. WhatsApp used to have a silly “load more messages” button every few messages that you had to tap repeatedly each time you wanted to see more past messages. Now you can scroll up as much as you want and it’ll load them without any fuss.

In February, WhatsApp announced that it would be dropping support for plenty of old operating systems by the end of 2016, including Android 2.1 (Eclair) and 2.2 (Froyo). In case you’re still running that version of Android, first I’m conflicted as to whether I should offer my condolences or my salutes, but second, I’d like to show you what it will look like when support for your device is finally dropped. This isn’t live yet, but this is what it will look like when it goes live. You still have a few months to get a new phone. 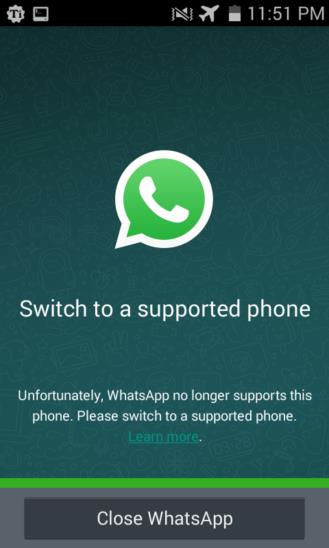 Alright, that’s it for today’s episode of “Rita writes another WhatsApp post.” I’m sorry if this one isn’t significant or exciting enough: we know that public groups, video calls, GIF support, and more are just around the corner. So hold on with us as we keep waiting for them.

But let’s all be honest here… that infinite scroll, eh?! ‘BOUT EFFIN TIME.