With Windows Phone 8 still being a very new platform in the vast mobile market, good apps for those running it are still at something of a premium. Even some of the common apps from the big companies seem to be missing, or lacking an update from Windows Phone 7, but today, WhatsApp has offered a reprieve to those app-starved early adopters by bringing its popular Messenger app to Windows Phone 8.

Following the success of services like BlackBerry Messenger of times past, WhatsApp Messenger has well and truly established itself as the forerunner in the field of cross-platform communication. With SMS and rates often costing a fortune, WhatsApp Messenger offers a free-to-use service for those connected to Wi-Fi or 3G / 4G. 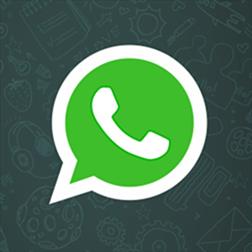 This update has been on the cards for a good while, and version 2.8.10 has finally landed on the Windows Phone Store. As well as bringing updates to those on Windows Phone 7.x devices, the latest release also supports Windows Phone 8 – devices including the Nokia Lumia 920 and HTC Windows Phone 8X.

While the likes of the aforementioned BBM for Research In Motion’s BlackBerry, or iMessage for those on iOS may be great options for free instant messaging, they each have one inherent flaw – they only work for their respective platforms. WhatsApp’s big sell has always been its compatibility, and by bringing support for Windows Phone 8, now spans the overwhelming majority of the smartphone market. 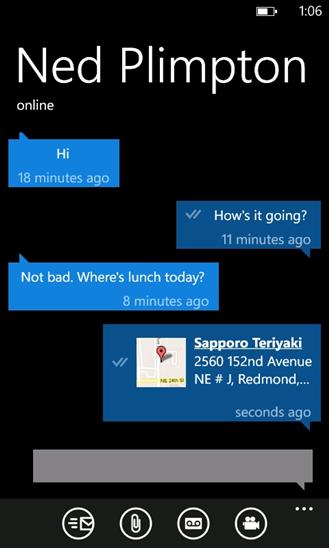 Of course, while the messaging is free per se, you will need to have some kind of data plan in place. Be it a Wi-Fi connection or 3G / 4G, you must ensure you are connectible in order for the service to work.

The Windows Phone 8 version looks and feels as it always has on Windows Phone 7.x, and there are no significant changes in the user interface or general functionality. Still, it’s good to see – given the scarcity of apps for Windows Phone 8, that WhatsApp has brought its useful app to the table once more, and if you wish to get started with it, please check the Windows Phone Store link provided below.

After an initial drought, the apps are really starting to trickle in, and we’ll keep you in the loop with regards to any more significant Windows Phone 8 releases, so stay tuned!

You can follow us on Twitter, add us to your circle on Google+ or like our Facebook page to keep yourself updated on all the latest from Microsoft, Google, Apple and the web.code below.