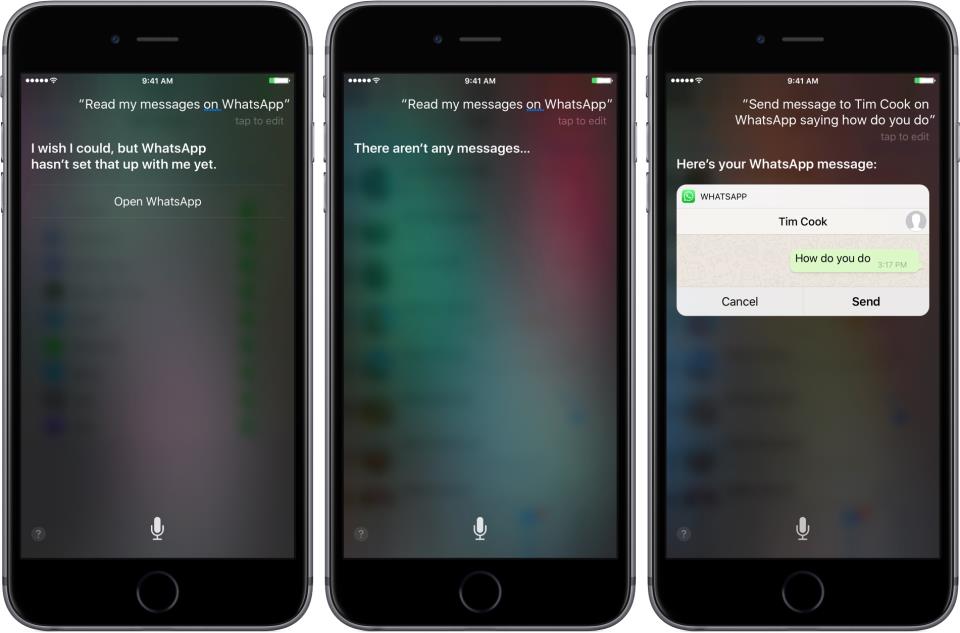 The popular messaging app WhatsApp for iPhone was update yesterday with a few new features, bringing the ability to have Siri read new messages you have received via the service. The Facebook-owned software now supports the Persian language while the Group Info, Contact Info and Calls sections have been revamped to make them easier to use. WhatsApp’s two-factor authentication interface was tweaked as well.

You can now ask Siri to read aloud new messages you have received on WhatsApp.

Before you can use this and other SiriKit features within the app, you must first enable Siri support for WhatsApp in Settings → Siri → App Support. Keep in mind that asking Siri to read your latest messages on WhatsApp requires iOS 10.3 or later.

Like before, you can also ask Siri to call or message people on WhatsApp.

Another enhancement in this edition of WhatsApp includes a reworked Contact Info screen that’s now more informative than before, as shown on the screenshot below. The Group Info screen and the Calls tab have seen some visual improvements, too.

For instance, the Voice Call icon has been replaced with a plus symbol that, when tapped, shows a list of contacts that you can call via voice and video. In the My Updates screen, you can now select multiple statuses at once and forward or delete them.

TIP: Finding out which apps on your iPhone feature Siri integration

Lastly, WhatsApp is now localized in Persian, the Camera now remembers its last state of usage and the two-step verification interface has seen some design tweaks as well.