A long-overdue feature, the option to mark message as unread on WhatsApp

is finally here. It was first discovered by the folks over at AndroidPolice, and for the time being it seems to be heading to Android users. The most recent version isn’t currently on the Google Play Store nor on other mobile stores, but it seems that you can get it by downloading straight from the company’s website. 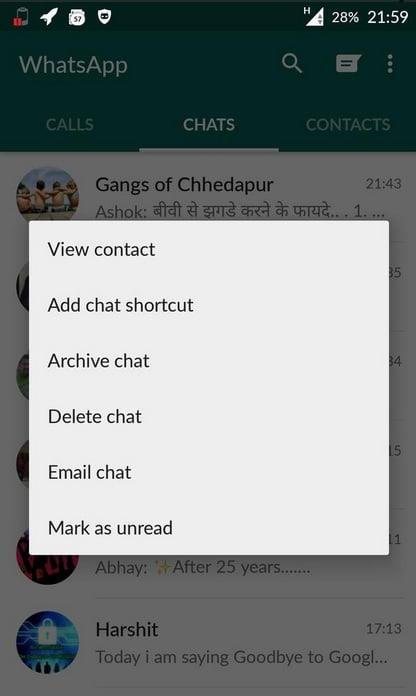 Just make sure that you have changed the settings in your Android device to allow you to install apps that don’t come form the Play Store. Also, rest assured, the app won’t overwrite or remove all of your history, it will just add the new features. I’ve tried the new features on my Android smartphone, but you could also check if you can get them on your iPhone, BlackBerry or Windows Phone.

So, in order to mark conversations as unread, you need to tap and hold on any conversation pane and you’ll spot the new feature at the bottom of the menu. After installing the most recent version of the app, I’ve noticed that the ‘mark as unread’ option hasn’t even been translated into my native language yet.

After you will have marked a certain conversation as unread, be it from a group or a single contact, it will be flagged with a green circle along with the date when the last reply has been sent. However, this doesn’t mess up the read status on messages within each conversation. To be clear, once you have read a message, the sender will get a blue tick confirming the read status and this can’t be changed even if you use ‘Mark as Unread’ option. The new feature is only to help you visit back a conversation at a later time.

Furthermore, the new updated WhatsApp also allows users to set custom notifications for contacts and groups. To do that, you need to open any contact’s details and then you can enable specific tones for calls and messages an set up popup notifications, as well.

Another new feature is the option to use less data for voice calls, which can be found in the ‘Chats and calls’ settings. I gave it a try and everything seemed pretty much the same, but maybe that’s because I tested in on a WiFi connection. I hope it maintains its quality on cellular data, as well.