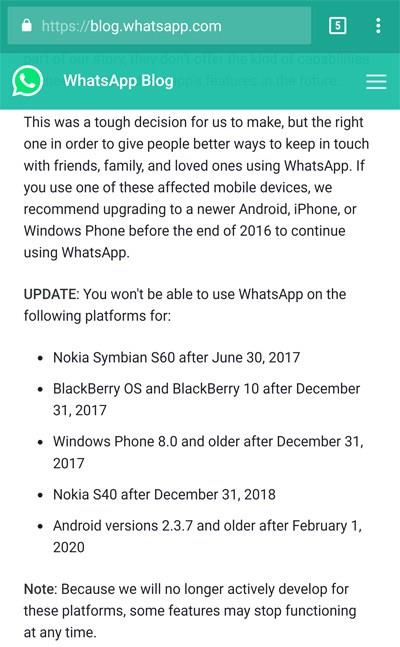 Unfortunately Symbian S60 was not lucky this time – as declared earlier WhatsApp will stop working in these phones after 30 June, 2017. This may be because S40 is still under development and supported by Microsoft. But the same is not true about Symbian S60 – Microsoft has abandoned it long time back.

Good news for older Nokia mobile phone users! WhatsApp has extended the deadline of ending support for Symbian S60/S40 (and Blackberry) for another 6 months. Which means you can continue using the popular messenger app in your Symbian S60/S40 phone until June 30, 2017. This information has been added recently (as an update) at the official WhatsApp Support for mobile devices blog post. This post was published back in February 2016 announcing the end of support for certain older mobile platforms on December 31, 2016. 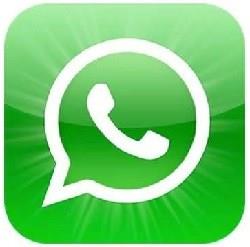 There are still substantial number of users of such devices around the world (especially in developing countries) and WhatsApp does not want to lose them after all. The earlier announcement of year-end deadline was a strategy to encourage old phone users to switch to newer phones. But things did not materialize as per their expectations forcing them to extend the deadline.

Besides Symbian, WhatsApp will also continue to support old BlackBerry OS and BlackBerry 10 devices until June next year. So it is kind of a Christmas gift from team-WhatsApp to all Nokia (Symbian^3, Anna/Belle, S60v3, S60v5, S40, ASHA), BlackBerry phone users. These devices will also continue to get app updates until mid-2017 – do not expect Video calling though at these devices. However this decision does not apply to some other old mobile platforms like Android 2.1 and 2.2, Windows Phone 7 and iPhone 3GS/iOS 6 (there is very little user base remaining of such devices). You may read this post to know about the latest version of WhatsApp for Symbian.