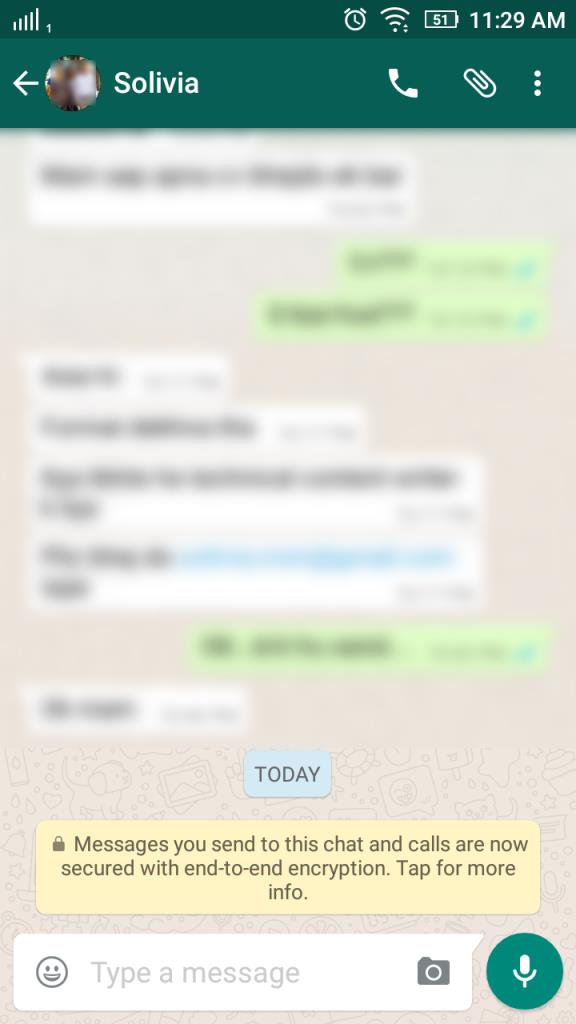 WhatsApp being the top messaging application comes under the obligation of catering to user needs. The latest of its input towards doing the same has emerged in the form of ‘end to end encryption’. Right from providing convenience to ensuring the security of users’ privacy, the application has been taking care of all big and small needs of the users. As cyberspace becomes the most invaded area of user privacy, WhatsApp plays it fair by offering a security feature that even it cannot break into.

Intercepting makes a private conversation readable to a third party. To prevent such practices, the provision of encryption has been made in the latest version of the popular, cross platform messaging application. Prioritizing security does not limit to encrypting the database but securing all possible entry points to it. Breaking into someone’s database is ONLY possible when in possession of the device or the DB (backed up somewhere else) but the same is not applicable to a conversation. A conversation can be intercepted without having to hack or crack into the database. Therefore, WhatsApp has introduced the new ‘end to end message encryption’.

The encryption protects the following:

NOTE: Your conversation with a contact is only encrypted when the other person is also using the latest version of WhatsApp.

No matter what measures are being taken, whether you are a cyber criminal, hacker, or belong to the WhatsApp authority itself, interception of an end-to-end conversation cannot be done. This is what makes the security fair enough!

Meanwhile, Jan Koum, WhatsApp co-founder expressed the encryption as a medium of freedom of expression by making the following statement:

How Does The Encryption Work?

WhatsApp now came up with the advance feature of user privacy – the end to end encryption. Here we are not talking about only conversations & media security but the WhatsApp encryption also encrypts group chats & calls.

According to the WhatsApp developers the encryption is already practiced in apple and google in the iOS and Android smartphones and yes it is the only way to provide user a secure space to share their personal belongings over social media. 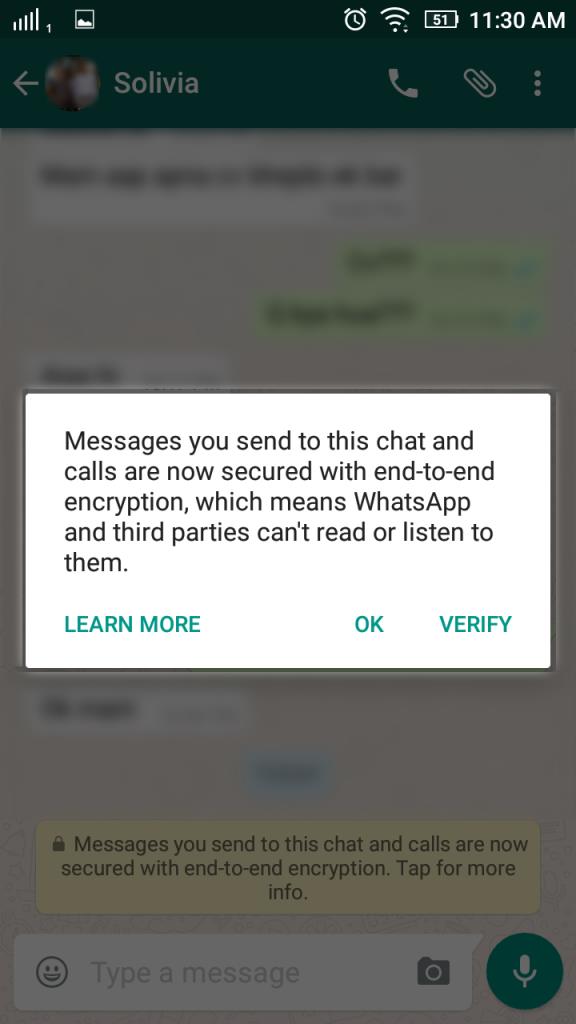 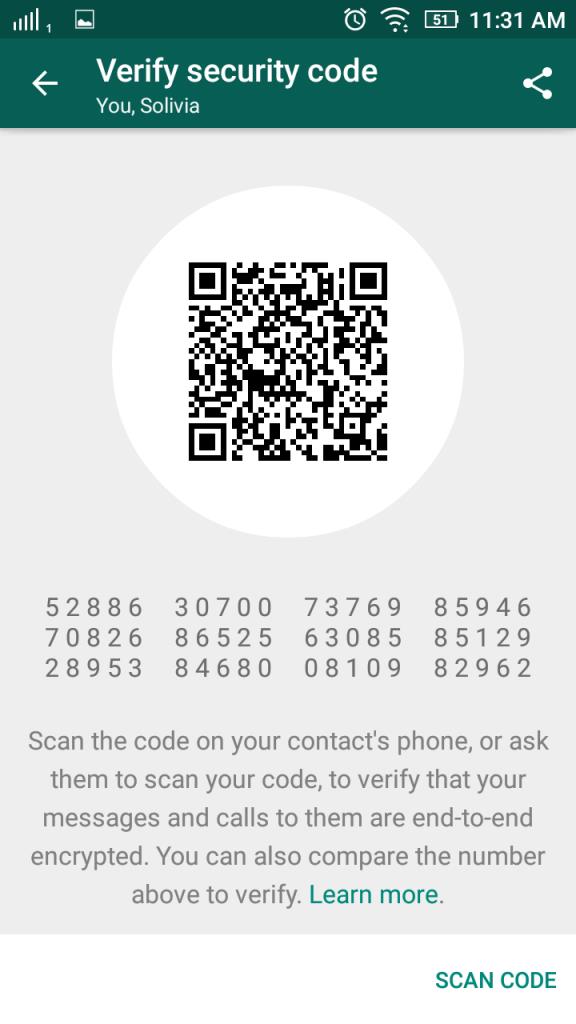 NOTE: If by any chance, the code doesn’t match, you will receive a red colored EXCLAMATION mark instead of a green tick indicating that the conversation is not encrypted.

Why WhatsApp Encryption is illegal in India?

While WhatsApp is stepping towards a new era of user’s privacy, there are some laws and regulation which are questioning about this end to end encryption.

For in case of any suspicious entity/terrorists/anti-government bodies, if government is tracking his/her conversation then the 256-bit encryption will not allow it. This perception of viewing WhatsApp end to end encryption is yes highly risky but the another perception where WhatsApp is trying to give a more secure platform to its user is also cannot be ignored.

We can only Hope for the best till then.

Users who are yet to update their WhatsApp need to know that the once setup, there is no way the session can be undone or would require the user to rebuild it. However, in an uncertain case of unforeseen external events taking place like; the change of device / reinstallation of the messenger, a rebuild will be required. Rest assured, once secured, your conversations will never be exchanged in plain text resulting in no compromise of the privacy.