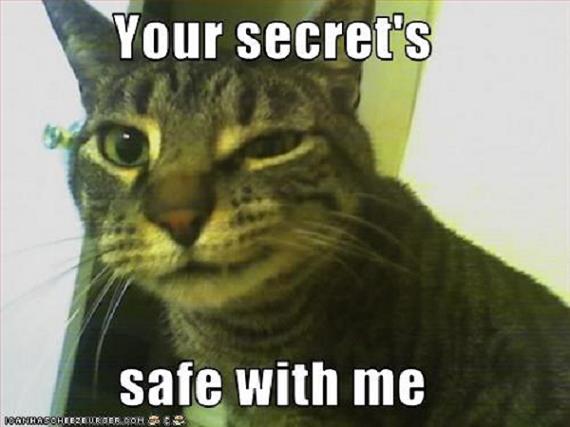 Whenever I hear someone start going on about their “privacy” on Facebook, I can’t help but start rolling my eyes.

You have freely given this information to Facebook. They are not the NSA; they have not stolen any information you wanted kept private. Now, the company is using it to make money by selling it. They do not make this a secret. If you do not want them to do that, then deactivate your account. Nobody is forcing you to be on the network.

Facebook’s latest purchase, Whatsapp, knows that there have been concerns over privacy ever since the deal was announced in February. Now, CEO Jan Koum has finally decided to address them in a blog post put up on Monday, entitled “Setting the record straight.”

In the post, Koum said he wanted to clear up the ” inaccurate and careless information circulating about” over what the company’s “future partnership would mean for WhatsApp users’ data and privacy.”

As someone who was born in Ukraine, and grew up in the USSR during the 1980s, he said, he deeply values ” the principle of private communication.” And the deal for Facebook to acquire the company will not change that.

The company, he noted, does not ask for information such as the user’s name, e-mail address, birthday, home address, where they work, their likes, what they search for or their GPS location.

“None of that data has ever been collected and stored by WhatsApp, and we really have no plans to change that,” said Koum. “If partnering with Facebook meant that we had to change our values, we wouldn’t have done it.”

Koum repeatedly calls the deal between Whatsapp and Facebook a “partnership,” and one that he says will allow him company to “continue operating independently and autonomously,” without changing its values or beliefs.

“Make no mistake: our future partnership with Facebook will not compromise the vision that brought us to this point,” said Koum. “Our focus remains on delivering the promise of WhatsApp far and wide, so that people around the world have the freedom to speak their mind without fear.”

The total price for Facebook’s purchase of WhatsApp includes $4 billion in cash, along with approximately $12 billion worth of Facebook shares. In addition, the agreement also provides for another $3 billion in restricted stock units, which are to be granted to WhatsApp’s founders and employees, and which will vest over four years subsequent to the closing of the deal.

At the time of the announcement, it was also revealed that Whatsapp would continue to operate independently, as well as retain its brand, much like Instagram did when Facebook acquired it for $1 billion back in 2012.

It’s important for Koum and Zuckerberg to continue to be on good terms with WhatsApp’s user base, especially considering the $19 billion price tag. The entire deal is predicated on Whatsapp continuing its incredible user growth, which was one million new members each day at the time of the purchase.

Remember back in December of 2012 when Instagram royally pissed off its users with an update to its privacy policy that said that it would be sharing user data with Facebook so that pictures uploaded to Instagram could be used in advertisement on the service without user permission?

Hopefully Facebook will have learned from that mistake, and history will not repeat itself with Whatsapp.