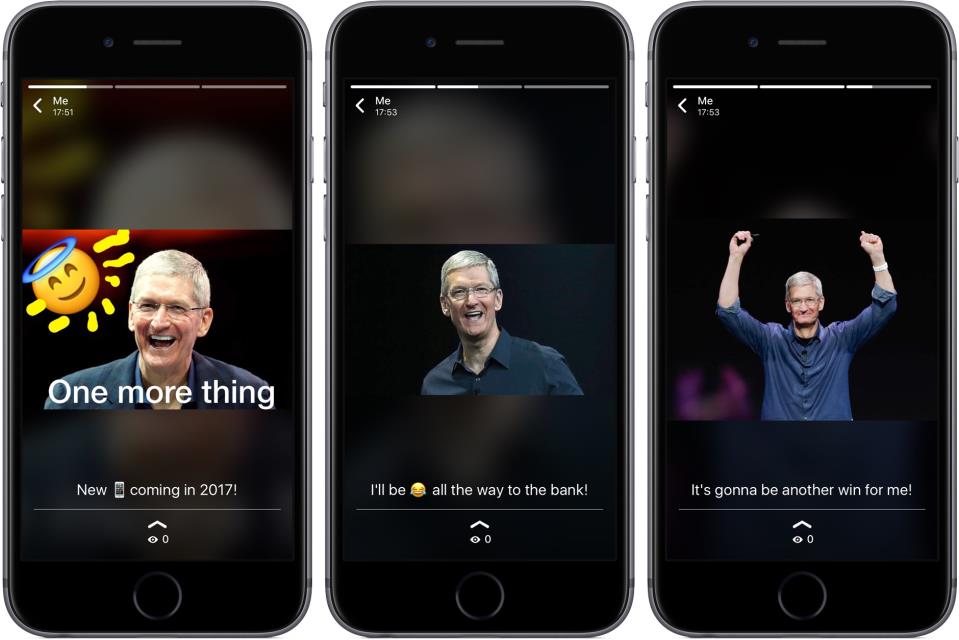 A few weeks ago, WhatsApp rolled out auto-vanishing slideshows with photos, videos, emoji characters, drawings and more. Called Status, it supplanted WhatsApp’s text-only feature that’s been part of the app since its inception. Turns out many users are hating the change, turning to social media to express their disdain with WhatsApp’s relentless cloning of Snapchat. WhatsApp developers responded by promising to bring back text-only statuses.

Today, WhatsApp for iPhone was updated with the addition of text-only statuses, called About, whilst gaining a few new features.

“You can once again set a text-only update in your profile and it’s called About,” according to release notes. To create a text-only status, tap Settings at the bottom-right corner of the app, then tap your profile name to edit your status message. 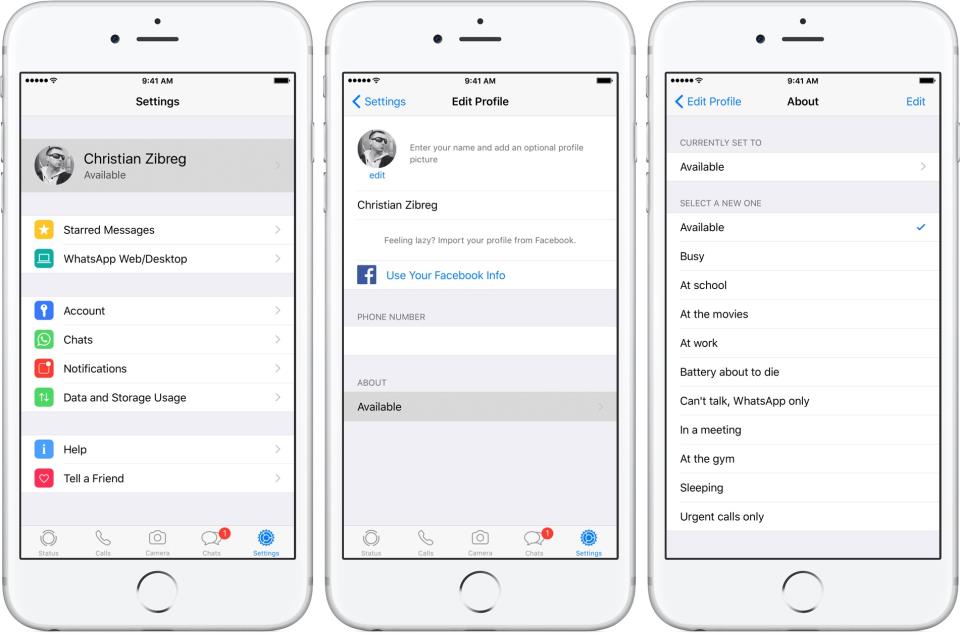 Aside from built-in text statuses denoting your availability, you can create your own or delete ones you don’t like by tapping the Edit button in the upper-right corner.

The following built-in statuses are at your disposal:

To create a custom status up to 130 characters, tap your current status underneath the Currently Set To heading, then type in a desired status message that will be displayed to other users. You can adjust who can see your status updates in WhatsApp Settings → Account → Privacy → Status. 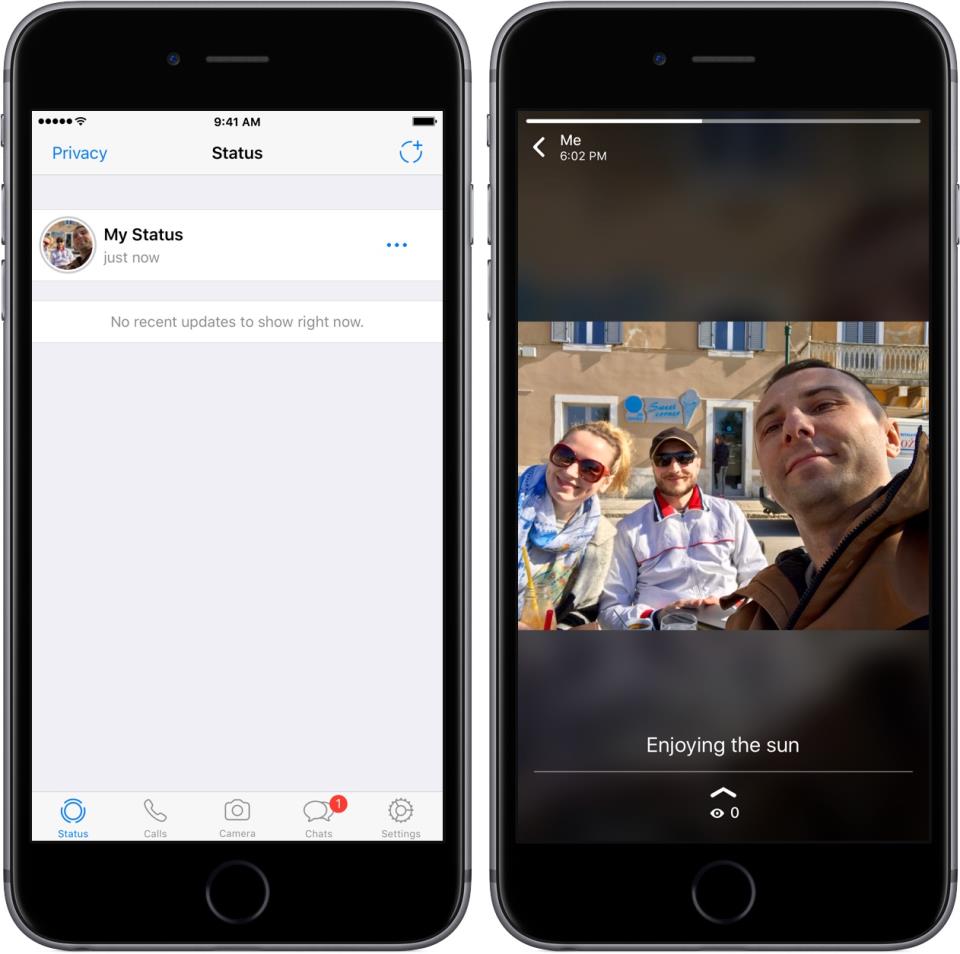 Your text-only status (as mentioned, they’re calling it About) happily coexists with your auto-vanishing, media-rich slideshows, dubbed Status. The screenshots above and top of post depict what the new WhatsApp Status that many people dislike looks like.

TUTORIAL: How to create self-destructing status updates on WhatsApp

Here’s an overview of other improvements in WhatsApp version 2.17.10.

Videos can now be played without having to wait for them to download first. “Videos will still be downloaded to your phone as the video is playing,” notes the company.

When taking photos and videos in WhatsApp, tap a new moon icon to tell the app to optimize camera performance for taking better shots in low-light situations.

And last but not least, when editing a photo using WhatsApp’s creative tools, you can now 3D Touch the Crop icon to instantly crop the photo and fill your device’s screen.