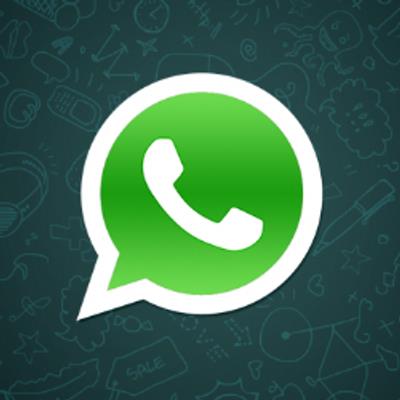 At Facebook’s annual stockholder meeting back in June, CEO Mark Zuckerberg discussed The Social Network’s monetization strategy for WhatsApp, the messaging service it acquired for $22 billion back in 2014.

Zuckerberg noted that the company follows a playbook for monetization which follows three stages:

The delay with WhatsApp is, in part, due to the company’s strict privacy policy. WhatsApp has long been a champion for user privacy, regularly fighting requests from authorities for data access and rolling out end-to-end encryption for all messages sent through its service. This is important, WhatsApp is often the tool of choice for those working to expose corruption within political organizations or undermining totalitarian governments.

But today, WhatsApp has made the first steps towards opening up their platform to more business activity – while at the same time, diluting their previously held security stance and enabling more information flow between WhatsApp and Facebook.

“We’re updating WhatsApp’s terms and privacy policy for the first time in four years, as part of our plans to test ways for people to communicate with businesses in the months ahead.”

Most notably, the changes include providing WhatsApp user data to Facebook, including phone numbers and information on devices and operating systems being used. This is big for Facebook’s databanks – in order to verify a WhatsApp account, users have to supply their phone number, a step which is not required on Facebook. By matching the two data sets, Facebook will gain a whole heap of new information on WhatsApp’s billion users, which it can then cross-match and correlate and use for ad targeting.

As noted by WhatsApp:

“…by connecting your phone number with Facebook’s systems, Facebook can offer better friend suggestions and show you more relevant ads if you have an account with them. For example, you might see an ad from a company you already work with, rather than one from someone you’ve never heard of.”

So if you’ve provided your mobile number to a company, which they have on file, and you’ve used that same mobile number to sign up for WhatsApp, this now provides Facebook with a new avenue to help advertisers reach you with ad content. You can already see how this could be used to fuel Facebook’s Custom Audience option.

For WhatsApp, the change will enable them to open up the platform to more commercial opportunities.

“…we want to explore ways for you to communicate with businesses that matter to you too, while still giving you an experience without third-party banner ads and spam. Whether it’s hearing from your bank about a potentially fraudulent transaction, or getting notified by an airline about a delayed flight, many of us get this information elsewhere, including in text messages and phone calls. We want to test these features in the next several months, but need to update our terms and privacy policy to do so.”

This sounds very similar to the way Facebook is bringing more business to Messenger, facilitating direct connection between brands and their customers. And while Messenger is seen by many to be the next big platform for eCommerce, if Facebook is able to open up WhatsApp in the same way, they’ll essentially double down on their opportunities for messenger transactions. Both Messenger and WhatsApp now have more than a billion monthly active users, opening the gates to those WhatsApp users could prove an extremely valuable step for The Social Network.

The bigger, immediate challenge for Facebook lies in assuring WhatsApp users that their privacy and security remains safe, despite the new informational cross-sharing arrangement. While WhatsApp has a strong reputation for security, Facebook does not, and that’s already lead to significant opposition to the WhatsApp change – with many pointing to WhatsApp CEO Jan Koum’s statements at the time of the Facebook acquisition:

“There would have been no partnership between our two companies if we had to compromise on the core principles that will always define our company, our vision and our product.”

It’ll take time for WhatsApp users to come to grips with such a change, but as noted by TechCrunch, most users will agree to the new terms and conditions without actually reading them. There will be a way for WhatsApp users to opt out of the new data-sharing arrangements, but the opt-out is limited – the only absolute way to avoid any sharing of your WhatsApp data with Facebook is to stop using WhatsApp completely.

In terms of Facebook data, the change will bring a whole new range of options for Facebook advertisers, with additional data to cross-reference and better match user locations, behaviors, interests and other information. Such insights will enhance Facebook’s already powerful ad targeting machine, which should bring new opportunities for marketers in the near future.

But for WhatsApp users, and those who’ve long admired the platform’s user privacy stance, the announcement is not so positive. The logic of it makes sense – Facebook paid $22 billion for the service, they were always going to seek to boost its monetization potential at some stage. But as noted, there are additional related concerns with WhatsApp and how it’s used, particularly by people in areas of political turmoil.

Despite appearances, social networks are not free. The price you pay is data, and WhatsApp has a heap of that resource to tap into.