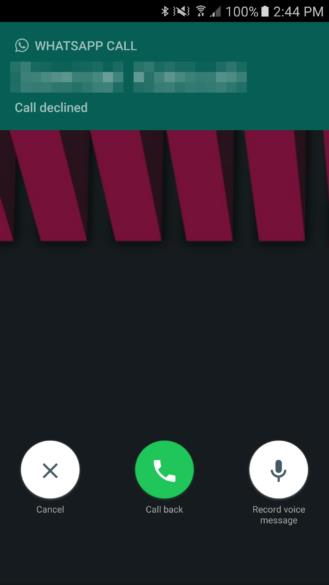 A few weeks ago, we reported about WhatsApp’s plans to add a voicemail-like feature to its voice calls as well as an easy option to call back the person. At the time, all we had were translation strings, but now the feature is live on version 2.16.189 beta (which you can grab from APK Mirror here or by joining the Play Store beta). There are two other small features that were added a few beta versions ago that I’ll cover in this post as well.

Voicemail and Call back

After you make a voice call on WhatsApp and your contact either declines the call or it goes unanswered, you will see a new “Call declined” screen with three new round buttons. One is to cancel and go back to the conversation, one is to place another call, and the last one is to record a voice message. The latter is similar to leaving a voicemail on regular phone calls. 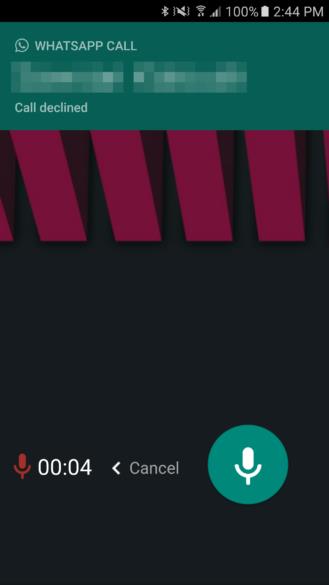 None of these were impossible before. After a call was declined or unanswered, you used to be thrown back into the chat where you could easily call again or record a voice message to send to your contact. But the options are now integrated with the chat and just a tad bit easier and more intuitive to do.

The other new feature available in WhatsApp is a new Fixedsys font, which you can use to differentiate a quote or a piece of code (we all talk to developers all the time on WhatsApp, don’t we? Oh… it’s just me) for example. To trigger it, you have to start and end your sentence(s) with “` and no spaces between it and the first or last characters, like so: “`this is fantastic“`. 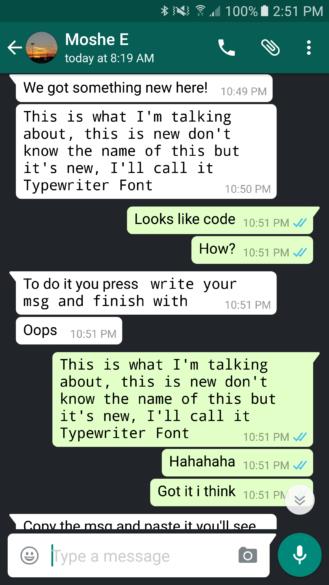 Waiting for a message

There’s one more “feature” that you might have started seeing on WhatsApp a few versions ago: a “waiting for this message” uhm… message when you’re talking to someone. It only seems to show up when WhatsApp knows it should deliver a text message to you, but it hasn’t grabbed all of it yet. But since WhatsApp’s messages are just text and so light, then odds are they’ll reach you before there’s any reason to display that “waiting” bubble. I’ve only seen it once and even then, it was just there for less than a second. 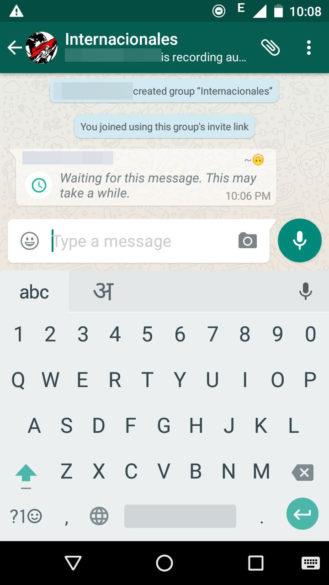 These are all small changes to the app. We’re still waiting for video calls, gif support, public group links with NFC and QR Code sharing, and more. In the meantime, you can grab the latest 2.16.189 beta to make the waiting a little more tolerable.