If you’re one of those people who likes to use the “Oops, just saw this” excuse when you ignore a message, you’ll want to be aware of a new WhatsApp feature.

An update to the messaging app now includes double blue check marks next to messages that have been read by recipients in a conversation.

Here’s how it looks: 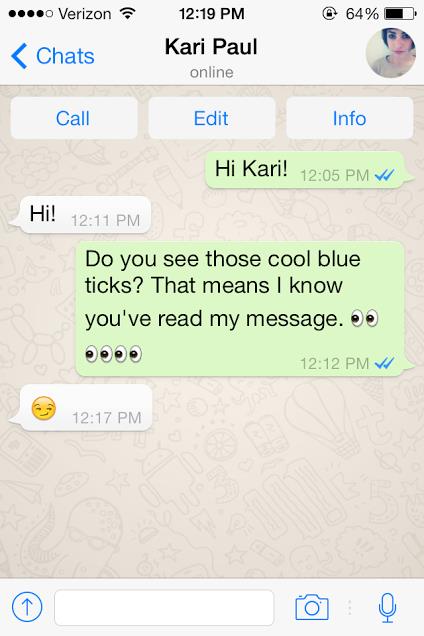 Many users believed that the previous grey check marks in WhatsApp meant that the receiver had read your message, but that’s not so: It means your message has been sent and delivered to the recipient’s device.

If you want to see the exact time someone read your message, you can hold down the message, then click info to get time stamps. 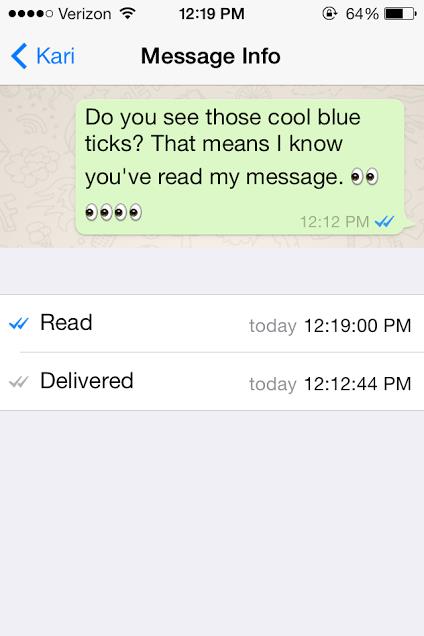 However, if someone doesn’t open the app to look at your message (but they see it via a push notification), it won’t show up as read. Sneaky.