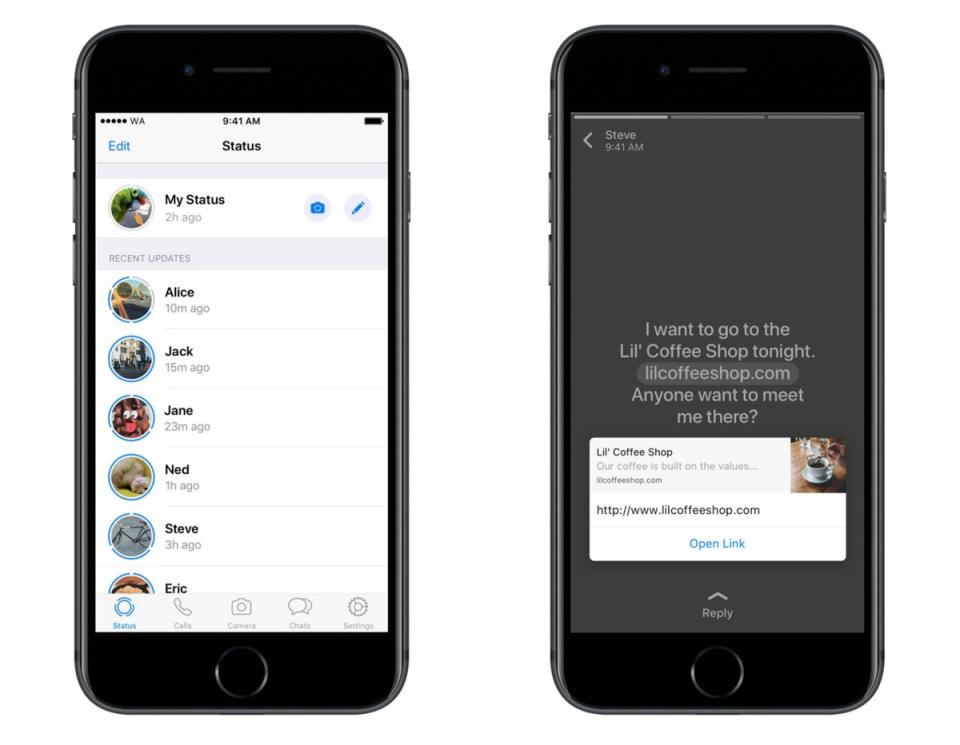 WhatsApp’s Snapchat Stories clone is getting a new text-only feature.

Now, instead of just photos and videos, you can update your WhatsApp Status with colorful, meme-like text posts.

The feature, which is rolling out now, is a lot like Facebook’s colorful status updates: write a snippet of text, pick a background color, and customize the font. You can also link out to other websites from within a text post.

This feature is specifically for the Snapchat Stories-like version of Status, and is different from the old-school text-only statuses the app re-introduced earlier this year. Those text-only updates still only allow you to share simple messages like “busy” or “available.”

The update brings WhatsApp Status up to par with Snapchat Stories, which also recently introduced the ability to link out from a Story. Instagram still only allows verified accounts to post links from Stories.

WhatsApp Status has been one of Facebook’s more successful Stories clones. The Stories-like feature now has 250 million daily users, making the feature more popular than all of Snapchat. Besides adding text posts, WhatsApp is also adding the ability for web users to view Statuses, opening up the potential for even more growth.

WATCH: This jacket uses solar power to give off a Kryptonite-like glow in the dark