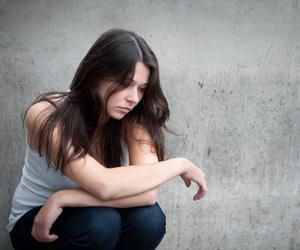 The Huffington Post recently conducted a survey about emotional cheating that caught my eye. They asked 1,000 U.S. adults if they considered emotional cheating to be actual cheating. What did they find? 60 percent of those surveyed said that if their partner “developed a deep emotional connection with someone else, it would be considered cheating,” while 18 percent said they wouldn’t consider it cheating.

What is emotional cheating? We’ve already given you guys the signs of it, but emotional cheating is when your significant other develops a serious connection with someone else. It’s basically cheating without doing any of the physical stuff, like sex or making out.

For some people, emotional cheating is considered even worse than all of that physical stuff. Sex is sex and for a lot of people, it can be purely physical – it’s just about giving into temptation and feeling good. But emotional cheating goes beyond just sex. Emotional cheating is about creating a real connection with someone else. Your partner is no longer turning to you to talk about their day, get an opinion on something, reveal their secret dreams. They’re going to someone else for that. That kind of connection is much more deep than just wanting to bone someone and it really, really hurts. 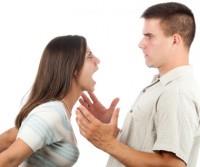 When I first started dating my ex, D, we quickly became best friends – he was my world. I told D everything, things I had never told anyone else and he did the same with me. We could easily talk on the phone for hours because we never ran out of anything to say. I was never bored when I was with him and I had never felt closer to anyone else in my life.

But, like I said, that was the beginning. After about a year, D became good friends with a girl he worked with named Jackie. I was jealous at first, but then I got over it. D had always been very friendly and outgoing – he was just one of those guys everyone enjoyed being friends with. I figured it couldn’t hurt if he had a friend who was a chick. But after a while, their friendship got more than a little annoying. D brought up Jackie’s name constantly. He told me that he talked to her about personal things and one day he said something about how he was glad he had another best friend.

We started arguing about Jackie all the time and I was always worried that he was (physically) cheating on me with her, but he promised me he wasn’t. Eventually, Jackie moved away and the problem disappeared on it’s own. But that definitely wasn’t the last time it happened.

A few months later, D became super, super close with a girl named Jenn. I became BFF with her and we all started hanging out. After a little while, though, Jenn got even closer to D. They hung out on their own and had all of these little inside jokes. Whenever I was alone with Jenn, she brought D up constantly.

It didn’t take long for me to figure out that Jenn had a little crush on D. D laughed it off, so I stayed friendly with her… until Jenn started actively trying to break us up and even started flirting with D and saying incredibly inappropriate things to him. I finally ended my friendship with Jenn and basically forced D to end his. But for a while, I truly thought that she would be the one to break us up. 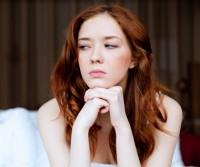 This happened a few more times with different, random girls who would enter my boyfriend’s life, become his best friend, develop a crush on him and then suddenly disappear. I spent most of my time feeling jealous and scared that he was physically cheating. I thought it was wrong of him to develop these friendships, but he said he wasn’t doing anything wrong and I guess I wanted to believe it.

Our relationship didn’t end until D met a girl named Tina when we were in college. Just like the situation with Jenn, Tina became my BFF too. We hung out with her almost every day and she was a central part of our lives. Things started getting shady when I would call D, only to have him tell me he’d call me back because he was on the phone with Tina. They posted pictures of each other online like they were dating, talked about how they were best friends and practically soulmates and basically made me look like a complete idiot. Tina obviously had a huge crush on D. One day, I finally had enough and I broke up with D. It was the best decision I made throughout that entire relationship.

To this day, D insists he never physically cheated on me. That doesn’t matter to me though, because he emotionally cheated, multiple times. He never seemed to think he was doing anything wrong (according to the HuffPo survey, people are less likely to consider emotional cheating cheating if they’re the ones doing it) and so he never apologized. A few months after we broke up, a friend asked me if he had ever cheated. I considered the question, then responded yes. Because he did cheat – he ignored me for these other girls who he made fall in love with him, all while keeping me around and making me feel like I was the one who was acting the wrong way.

The point is, emotional cheating sucks. Of course I support the idea that your partner can have other friends besides you during a relationship, but I don’t think your partner should be developing that sort of close connection with another girl while he’s dating you. It’s obviously okay to have best friends, but when you start treating them as your girlfriend, that’s not okay. Keep an eye out for this behavior – you shouldn’t have to put up with it like I did.