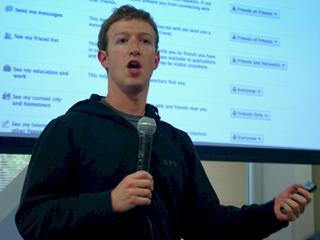 Facebook is still trying to work out its monetization strategy for WhatsApp.

The company released its second-quarter 2017 earnings Wednesday ($9.3 billion in revenue) but stopped short of divulging major details arounds its plan to make money off its $19 billion messaging application.

“Messenger and WhatsApp both have large communities and are growing quickly,” Facebook CEO Mark Zuckerberg said in Wednesday’s conference call with investors. “It’s still early on the monetization side here, although we have started showing ads to a small number of people on Messenger. I want to see us move a little faster here, but I’m confident we’ll get this right over the long term.”

Rotem Gal, VP of marketing at Inbound Junction, told CMSWire’s Kaya Ismail earlier this month that engagement was the key reason why his team are planning a WhatsApp marketing campaign, adding, “WhatsApp has a large, engaged audience, making it a very lucrative marketing tool.”

So what plan does the Menlo Park, Calif.-based, 20,000-employee social media giant have for its messaging app?

Zuckerberg said Facebook wants to build up the consumer usage first then follow with growing the organic person-to-business interaction, “making sure it works for both people and businesses.”

“And then once you have that,” Zuckerberg told investors, “the quality of those interactions is really what contributes to scale of how much you can grow it. We’ve seen this in News Feed, too. One of the factors that contributed to ad load over time is the quality of the ads. If ad quality was low, we wouldn’t be able to put as many ads in because people wouldn’t want that.”

Messaging began from the place of people communicating one-to-one with each other is now adding all these other uses, Zuckerberg said.

“It’s just a lot of investment and a lot of different functionality that needs to get at it,” he added. “But for all the reasons that I’ve said here around our own experience doing this in other context with Facebook and Instagram, proof points in the market of how it’s worked, I think over the long term, I’m pretty confident that we will get there and we get our job to just go do that.”

Facebook is now putting some ads in Messenger to see if they work for consumers and businesses alike.

“The biggest strategic thing that we really need to do in messaging right now is make it so that people have organically interact with businesses and that is a good interaction both for people and for the businesses,” Zuckerberg said. “If you’re a business and you have a higher ROI for interacting with a person in your messaging thread than you do on the mobile web or trying to get them to install an app, then that creates this positive feedback loop where you’re going to point your ad towards the Messenger thread, you’re going to invest more of your engineering resources in building out the content and experience around the Messenger thread.”

Zuckerberg sees businesses wanting to push more interactions to happen like this, “which I think will really be the foundation for building that into a big business.”

Facebook officials did note in its 2016 annual report it has invested significant resources in growing the WhatsApp and Messenger products.

However, under the risks listed in the public filings, Facebook officials added, “We have historically monetized messaging in only a very limited fashion, and we may not be successful in our efforts to generate meaningful revenue from messaging over the long term.”

“If these or other new or enhanced products fail to engage users, marketers, or developers, or if we are unsuccessful in our monetization efforts,” they added, “we may fail to attract or retain users or to generate sufficient revenue, operating margin, or other value to justify our investments, and our business may be adversely affected.”