Who’s using it? Just about everyone. Earlier this year, WhatsApp achieved the milestone of having one billion monthly active users. The countries with the highest penetration rates are a mixed bag: Malaysia, Argentina, Singapore, Hong Kong, Spain, India and Mexico are all at more than 65 percent. South Africa is the highest, at 78 percent.

What sets it apart? WhatsApp has an international appeal unmatched by any of the other messengers. SimilarWeb made a map of the world showing the most popular messaging app in 187 countries. WhatsApp was the leader in 109 countries including India, Russia, most of Western Europe and Africa, and all of Latin America.

What can I do with it? Before you do anything, Marcio Beauclair, head of strategy at Wunderman São Paulo, recommends keeping cultural boundaries in mind. “In Brazil, we use WhatsApp for one-to-one communication and people don’t like brands in their private space,” he says. “But here in Brazil, we love recipes and we love sharing them. When Unilever used WhatsApp to share recipes, people did actually like that.”

Who’s using it? In terms of total global popularity, Facebook’s Messenger is a close second to WhatsApp, having reached one billion monthly active users a few weeks ago. Another app that transcends borders, Messenger is the most popular messaging app in 49 countries, including the U.S., Canada, France, Poland, Greece, Afghanistan, Algeria and Australia, as well as most of Scandinavia.

What sets it apart? Messenger has the unique position of being directly tied to the most dominant social platform on the planet. Facebook hit the billion-users milestone in 2012, and is on track to have two billion monthly active users by the end of next year.

What can I do with it? Like WhatsApp, Messenger is a one-to-one platform that brands have yet to fully infiltrate. “If I’m looking at a pair of Nikes, next thing I know, they’re in my Facebook feed. If brands started getting into my messages, I would find that a bit unnerving,” says Greg Auer, executive creative director at Wunderman Chicago. “I would say, proceed with caution. It shouldn’t feel like I’m being marketed to. There’s a difference between you infusing yourself into a brand’s story and the brand telling you how to engage with it.” 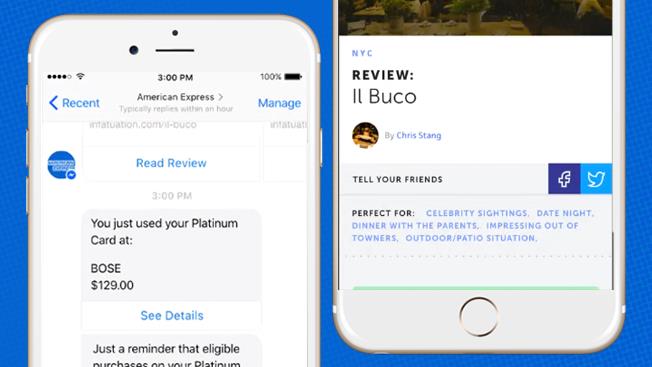 Who’s using it? WeChat has 700 million monthly active users, about 90 percent of whom are in China.

What sets it apart? WeChat is a messaging app, but it’s also about 100 other things. Users can also use it to shop, hail a cab, and store coupons and credit cards. “So far, there’s nothing like it in the West,” says Bryce Whitwam, CEO of Wunderman China.

What can I do with it? Because brands have more of a presence on WeChat, compared with WhatsApp and Facebook’s Messenger, Whitwam recommends going all in. “For brands, it’s the ultimate CRM tool, integrating everything from ecommerce, social, customer service and loyalty programs into a single platform,” he says. Wunderman has worked on WeChat campaigns for numerous brands, including Ford, United Airlines and Tencent.

Who’s using it? Snapchat has 150 million daily users, 60 percent of whom are younger than 25. The app is used mostly in the Western world and while it’s extremely popular with young Americans, they’re not actually the biggest users. Irish teens have a Snapchat penetration rate of 52 percent, the highest in the world.

What sets it apart? Snapchat was initially known for its disappearing messages, but there a ton of other features, such as the ability to write and draw on Snaps, and filters that announce users’ locations or turn them into Dalmatians. The app’s social component — Stories are comparable to a Twitter feed — has resulted in an extraordinarily engaged audience; earlier this year, Nielsen found that 60 percent of daily users create content every day.

What can I do with it? Selfie lenses and filters have been particularly popular with brands, such as United, which used a geofilter at Denver International Airport to promote the airline’s United Paws program that brings therapy dogs to the airport. According to Jessica Grammer, senior content marketing strategist at Wunderman Memphis, “The thing Snapchat does well? Capturing the moment.” 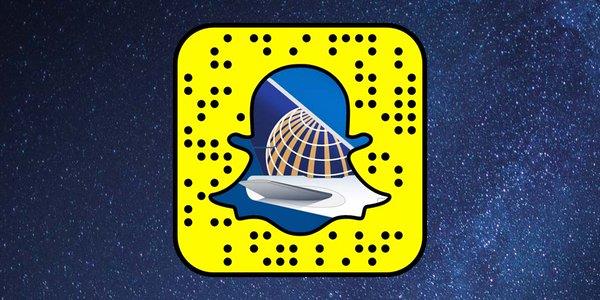 Who’s using it? Line has 218 million monthly active users, the majority of whom are concentrated in four countries: Indonesia, Thailand, Taiwan and especially Japan. Of messaging app users in Japan, 94 percent are on Line. (Get it? “On line?)”

What sets it apart? Perhaps this is because of its regional appeal, but Line, which recently debuted on Wall Street with the highest IPO of any tech company this year, has much more localized content than other messaging apps, according to Antony Cundy, President of Wunderman Tokyo. In addition, while chatbots are having a moment in the sun right now, Line was among the first platforms to feature them.

What can I do with it? Cundy recommends the emoji-like stickers. “It gives brands the ability to enter an existing world, with the already highly popular world of known characters, such as Brown the bear and Cony the rabbit,” he says. Burberry has jumped on the popularity of these characters, including them in a sticker set the brand used to connect consumers with London Fashion Week.

Who’s using it? Viber has about 250 million monthly active users, mostly in Asia and Eastern Europe. Viber is particularly prevalent in the Russian-speaking world. The app’s audience in Russia has doubled over the last year; It’s also the top messaging app in Ukraine and Belarus.

What sets it apart? Messaging apps are typically geared toward one-to-one communication, but Viber is more broadly social. “Viber Public Chat is a social platform which allows chat members to make their discussion open to the public,” explains Igor Vinidiktov, digital strategist at Actis Wunderman in Moscow. Vinidiktov compares Public Chat with the business pages on Facebook.

What can I do with it? Similar to Line, stickers work well on Viber. Old Spice and Coca-Cola have gone this route. For a New Year’s campaign, the latter made a set of stickers, of which 16.4 million were sent.