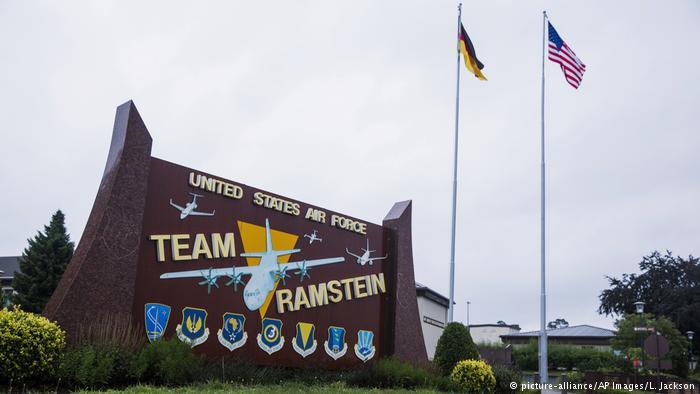 The US military has been using its massive air base in western Germany to arm rebel groups in Syria without Berlin’s permission, according to a report from German newspaper Süddeutsche Zeitung published on Wednesday.

The US military may have violated German law with the alleged weapons transfers as the German government has not approved any weapons transports of this type since the conflict in Syria began in 2011.

Read more: Ramstein Air Base anti-drone protests — The Germans taking on the US military

Saudi Arabia could say no to German weapons

Saudi Arabia could say no to German weapons

The report was published after months of collaborative research among the Süddeutsche Zeitung, the Organized Crime and Corruption Reporting Project (OCCRP) and the Balkan Investigative Reporting Network (BIRN).

The data was gathered from internal emails from the US military, interviews with whistleblowers, official reports and databanks from the US as well as the United Nations Register of Conventional Arms.

Weapons flown from Ramstein to Turkey

According to the Süddeutsche report, private service providers with the US military have been purchasing weapons and ammunition in eastern Europe since 2013.

The Russian-designed weapons, worth hundreds of millions of dollars, were sent from factories in Serbia, Bosnia, Kazakhstan and the Czech Republic and found their way to US command centers in Turkey and Jordan.

The weapons then made their way into the region either through ports in Romania and Bulgaria — or through the US military air base in Germany, the report said.

The purchases were part of a US Department of Defense program to arm Syrian rebels in northern Syria to fight against the so-called “Islamic State” in Raqqa.

Read more: ‘Islamic State’: Will it survive a post-caliphate future?

What did Berlin know?

The German government denied any knowledge of arms transfers out of Ramstein, but Süddeutsche argued that Berlin must have known about it, but perhaps didn’t want to know all the details.

The paper cites a 2015 report from a Serbian newspaper about arms that were being flown by the US military to Ramstein with the end-goal of Syria. They also cited a 2016 UN weapons export report that listed 11,970 assault rifles and 50 heavy machine guns that were sent from Serbia to a “US military base in Germany.”

Speaking with German DPA news agency on Wednesday, a spokeswoman for Germany’s Ministry of Economic Affairs confirmed that Germany has not approved weapons transfers through Ramstein air base since 2010.

“Of course we assume that the US government is aware of German law and the current arms embargoes,” the spokeswoman added.

A spokeswoman with the US Special Operation Command (SOCOM) told Süddeutsche that no weapons that were intended for use in Syria were being stored in Germany or being sent to Syria via US military bases in Germany.