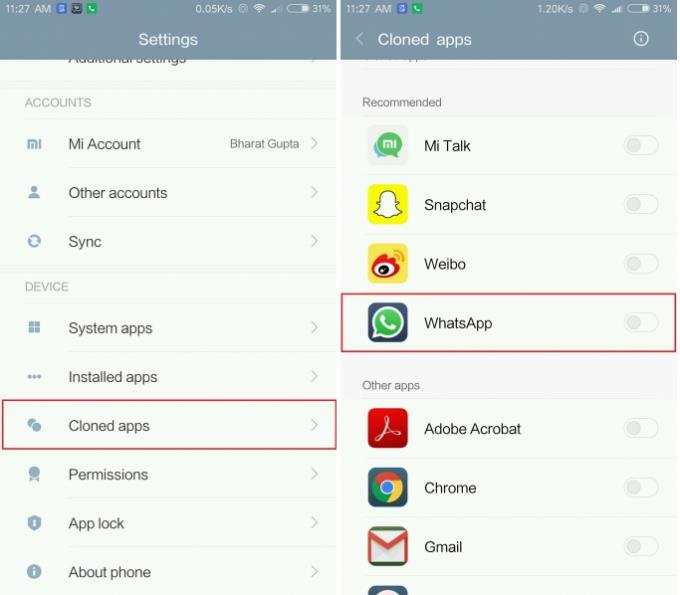 Have you ever been wondering to be able to have dual apps of any Android apps you want on a single phone? Do you want to be able to use two different whatsapp accounts within one device? Are you looking for a way to run Facebook or Twitter app logged in with dual accounts? Well, your journey is over now. Meet MIUI 8 Cloned Apps feature! This brand new and sophisticated feature is a breakthrough innovation by MIUI Developer Team added in MIUI 8. This feature, as what its name suggests, enables MIUI users to run two different instance of any apps within single device and within single interface. The cloned app will have another app running in the same time. On top of that, users do not need to install another app. Simply clone that app and it is ready to go.

How to enable this cool feature? Enabling Cloned Apps feature is dead easy. Simply go to Settings >> choose Cloned Apps under Device section >> look for the app you want to clone (e.g: Whatsapp) >> toggle on to activate it. How to disable? Simply follow the same sequence and toggle it off. Confused? Don’t be! Just see the screenshot below : 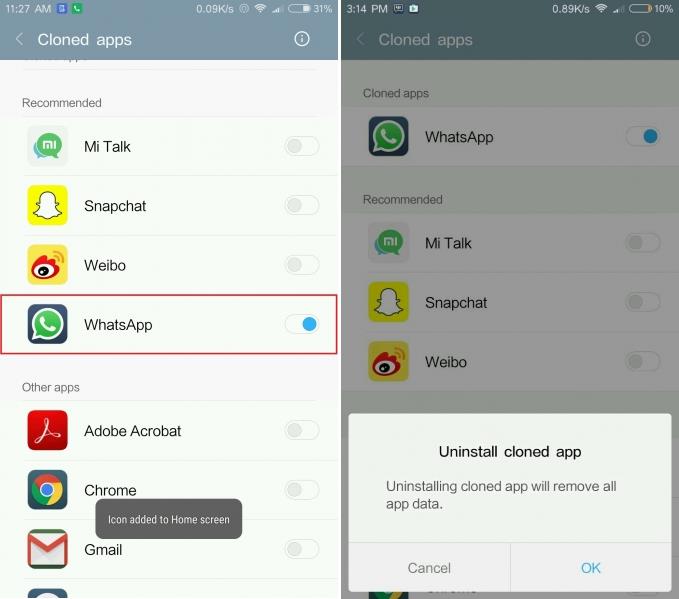 How it will look like? Once you have enabled Cloned Whatsapp, you will have two completely different instances of the app running at the same time. You can notice the cloned app is tagged with yellow tag in the corner. 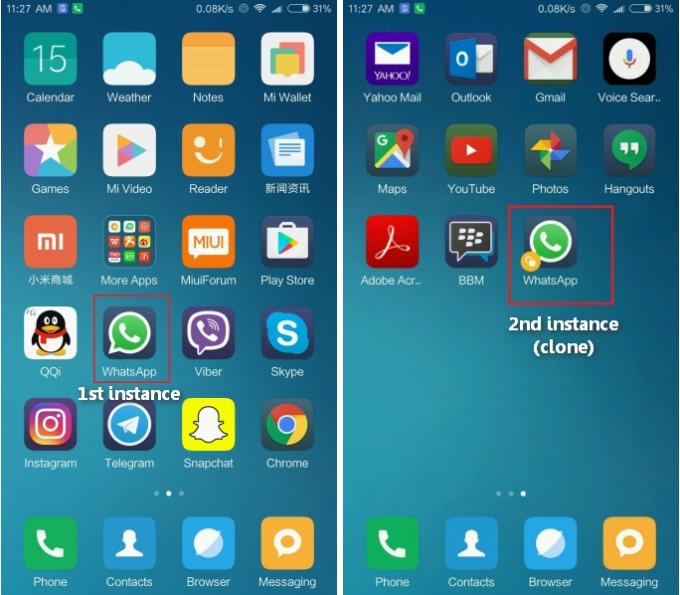 That’s it. Remember that each app (1st instance or 2nd instance) has its own independent Data and Settings. It means that you can use two different Whatsapp accounts. The clone app will not interfere the original app.

In conclusion, Clone Apps is a feature coming fresh in MIUI 8. In short, this feature duplicates selected app(s) and clone it. The clone app will run as totally different instance with its different Data and Settings. Have you tried this feature? What do you think? What apps have you cloned in your phone and why?

Here’s a nice video on how to use this feature – a courtesy of BharatG.