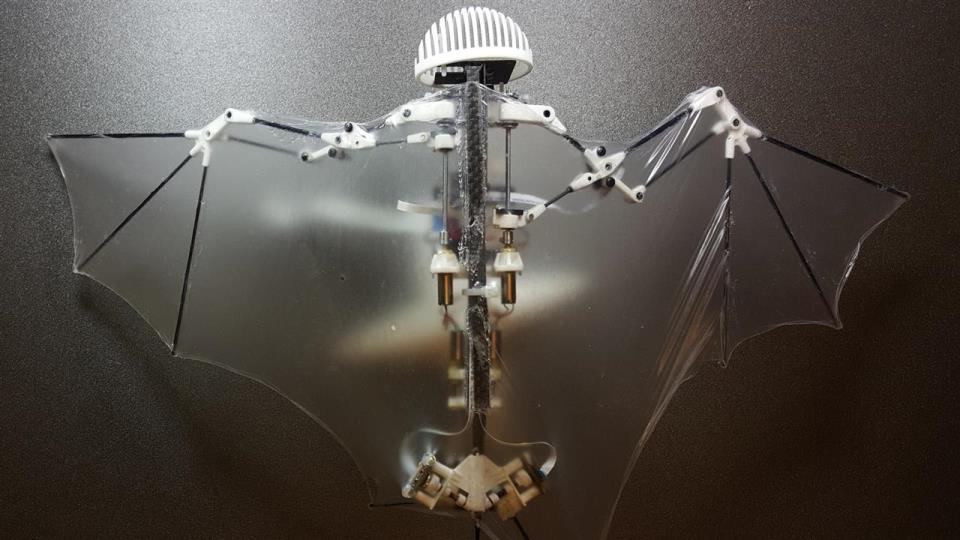 Scientists and engineers have been interested in bats for ages due to bats’characteristics and unrivaled agility. Scientists are more attracted to bats’ wing formation because the wings have active and passive joints including more than 40. The wings affected technological changes in robot modeling and design.

Flying bots like quadcopters and gliders have come on in leaps and bounds in recent years, but engineers are still chasing the “holy grail” of aerial robotics: replicating the complex flight of a bat. A team of scientists from Caltech and the University of Illinois at Urbana-Champaign have created what they claim is the nearest bat biomimic yet. It’s name? Bat Bot. This robotic bat weighs just 93 grams and has a roughly one-foot wingspan. Its flight mechanism replicates the complex movements of bat wings, allowing it to bank and dive like the real thing. But it only use nine joints instead of a bat’s 40.

Each joint is 3D-printed and five are individually controlled motors. The bot’s “bones” are made from carbon fiber while its wing membrane is a custom silicone-based material an incredible 56 microns thick. An onboard computer is used to steer the bot, but flight time is limited due to battery constraints and current prototypes are too fragile for real-world use. 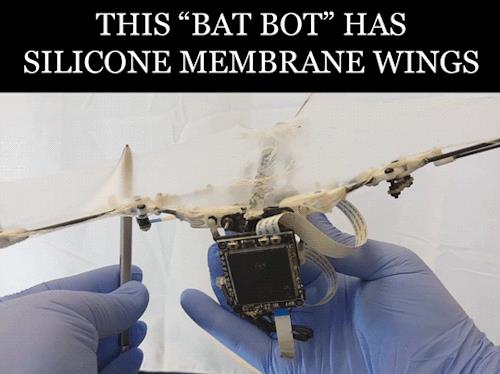 At the moment, the Bat Bot is simply an engineering work of art, but it could also have useful applications. A more-developer version could be used for the same sort of surveying tasks currently being undertaken by small drones (like looking over a building site or even a disaster area), but the bat wing mechanism would offer greater power efficiency and more flexibility for maneuvering. Plus, the Bat Bot’s design is safer than that of today’s quadcopters — getting hit by a stretchy membrane will do much less damage than a spinning rotor.