Have you ever wondered about the top battery hogs on the App Store? We all know the mobile Facebook app is notorious for its background fetching, which in combination with location tracking consumes a lot of power, but did you know Twitter just as easily rips through your iPhone’s battery life while you’re using it?

ZDNet has performed some eyebrow-raising testing of a raft of popular apps to uncover which have the biggest impact on your iPhone’s battery life, and here’s the shame list.

After testing some 50 of the most popular apps for the iPhone on the App Store, sans games and camera apps, author Adrian Kingsley-Hughesgaming discovered the worst offenders for killing battery life, as follows:

“Stock apps are the better choice if you want to get the most from your battery. Also, social media apps are hard on the battery,” the author concludes. 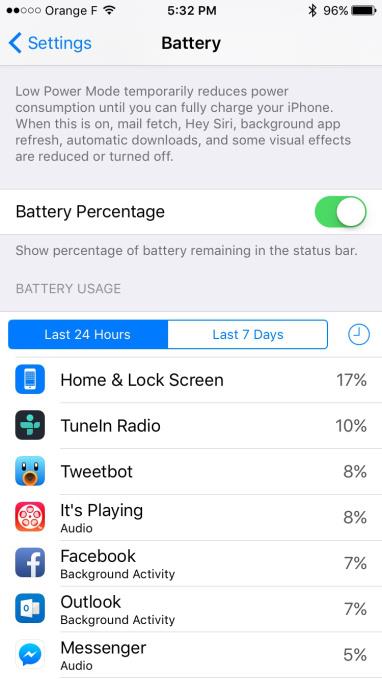 Granted, there’s nothing scientific about Adrian’s tests: he was simply using them and then measured battery consumption in Settings → Battery, so your mileage may wary. That being said, it’s certainly interesting to see how Apple’s battery-shaming section within Settings helps identify apps that eat up your iPhone’s battery