Rejoice, sexters. You no longer have to use the eggplant emoji to represent male genitalia.

Flirtmoji just released a sneak peak of the newest additions to its suite of anatomy emoji, and they are penises.

See also: Sexting IRL is just awkward and will make you grateful for your phone

“We broke a lot of our stylistic conventions of symmetry and regularity to embrace kind of this total diversity of form,” Flirtmoji artist Katy McCarthy tells Mashable. The penises will include a variety of different shapes, sizes, colors and anatomical differences. 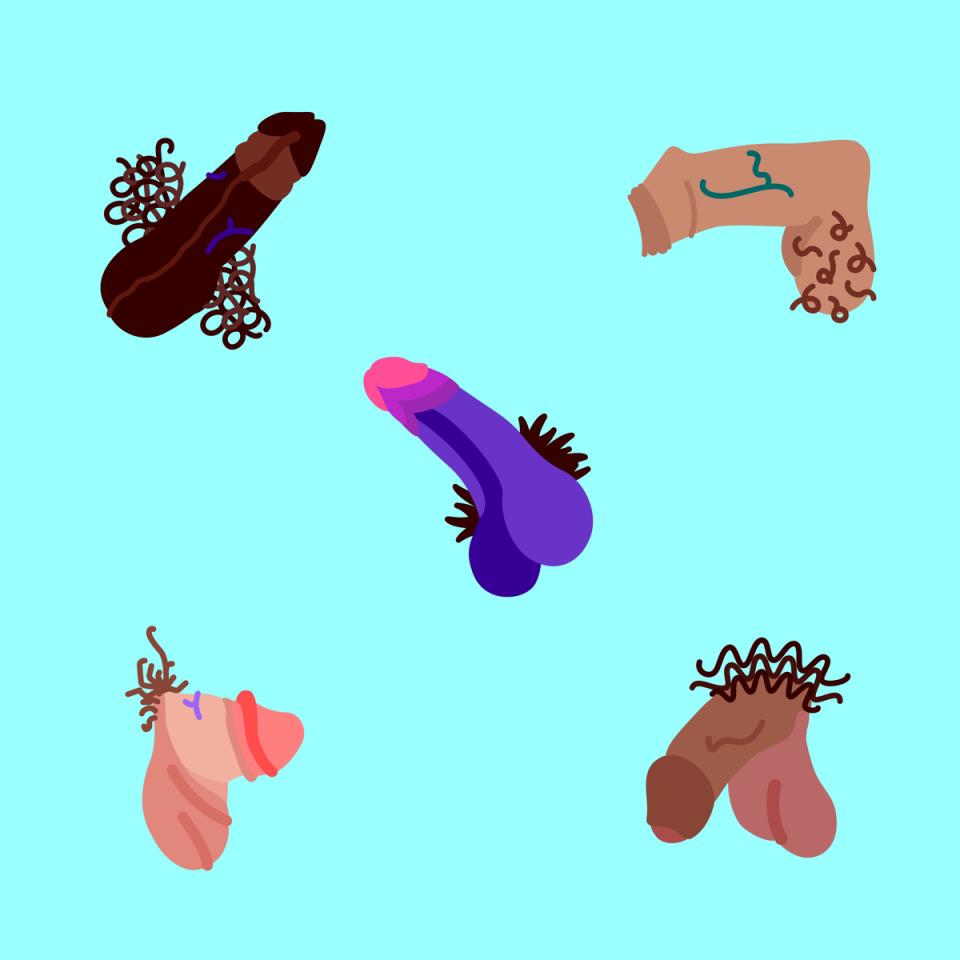 These are the first of several penis emojis to be created as a part of the BODIES pack.

Launched in 2014, Flirtmoji is a way for people of many sexualities to communicate their desires through a variety of inclusive sex emoji, which can be copied from the website and pasted into a text message.

“There needed to be some sort of massive language of icons for all this incredible sexting people are having,” McCarthy explains. 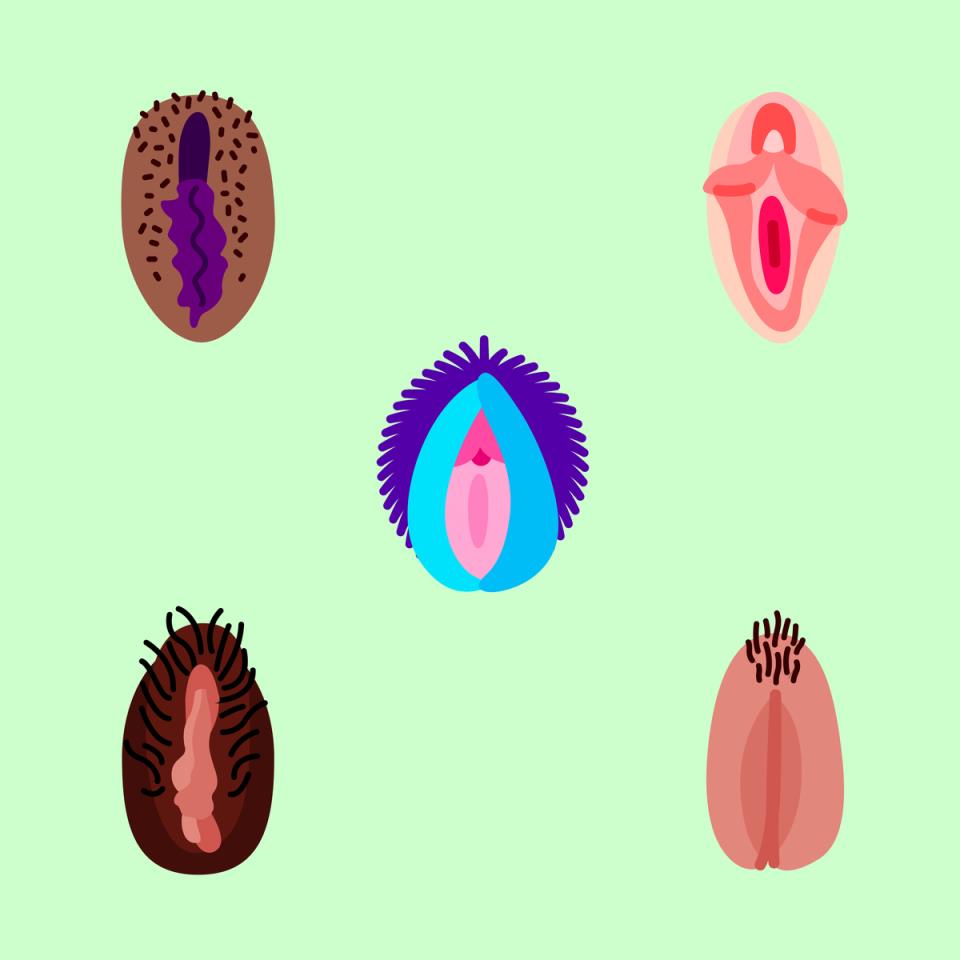 These vagina emojis were the first of the BODIES pack to be released.

The penis collection comes exactly a week after a set of five Flirtmoji vaginas were released. These too were a part of the “BODIES” preview.

In addition to adding hair and piercings, Flirtmoji is experimenting with the idea of perspective.

“In the past, we’ve always flattened our art,” says Jeremy Yingling, an artist working on Flirtmoji. “Penises exist at every angle, whether you’re looking down at your own or up at somebody else’s.”

McCarthy says her favorite penis of the bunch is the hooded one with the green vein. “[It] was inspired by a penis I saw on Tumblr, which was hands down the most incredible penis I’ve ever seen,” she says.

Yingling prefers “the tall, dark, handsome one” with hair sprouting on either side. “It’s not very often that I see a penis from that perspective,” he says. “I just find it very stylish, lots of pomp.” 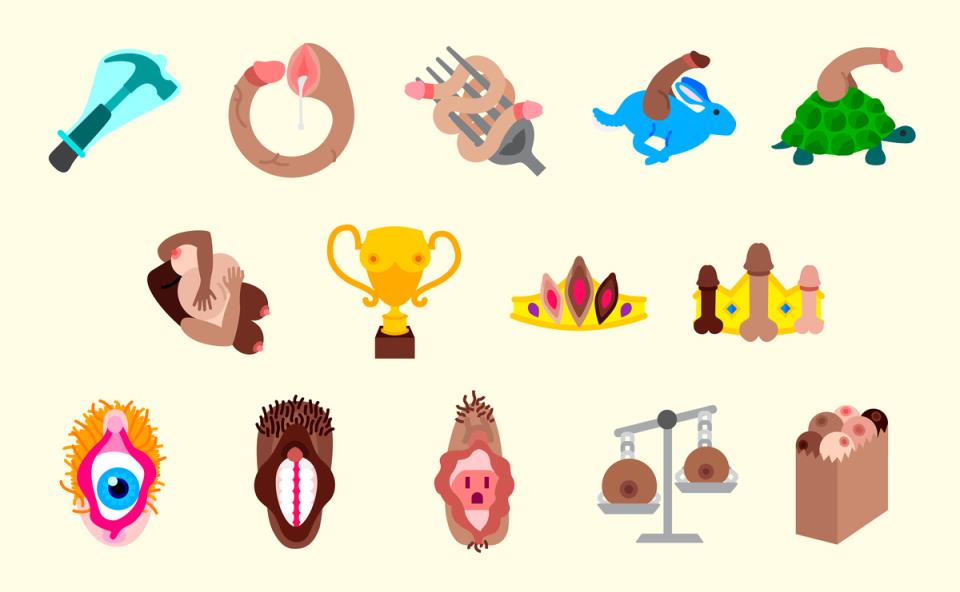 This surrealist pack of sex emojis is now available on Flirtmoji.

Flirtmoji also released a surprise pack of emoji entitled “Sex Dreams,” which include art inspired by weird childhood dreams as well as adult sex dreams. Yingling described this pack as a surrealist take on sex. The pack is currently available on the Flirtmoji website for $0.99.

These Flirtmoji, released in 2014, have some sexy new additions.

Up next on Flirtmoji’s list of sneak peaks? Breasts.

The full BODIES pack is expected to be released in November, although there is no permanent date set. According to McCarthy, the completed pack will include every sort of body part that people might find sexy. (Though, given Internet Rule 34, we’re not sure it’s possible to include everyone.)

To date, there are a total of 290 Flirtmoji available. Fifty-five of these are free, while the rest are available for purchase from the company’s online store.

While you can only copy and paste Flirtmoji right now from the website, the team is in the process of developing a keyboard for iOS to make sexting that much easier.