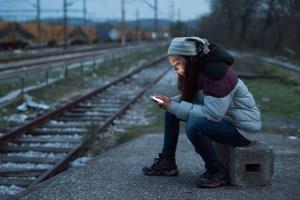 From a technological point of view, the one thing that stands out for me about my latest field mission is: everybody is using WhatsApp!

Where in previous responses Skype was the main messaging client to get quick answers and share short bits of questions information with colleagues, in Greece WhatApp ruled. The main reason: humanitarian organizations have finally arrived in the smartphone age. Where even two year ago most organizations were only giving their staff feature phones (aka flip phones), they have finally realized that Android phones are cheap and offer added value. This means that aid workers are now connected while in the field and not only while sitting in front of their computers.

As a result, WhatsApp groups for almost every purpose and geographic area sprung up. One of the main added values was the sharing of photos, both to show issues and to share successes. For example, staff would take a picture of a damaged structure, a blocked gate or of a waiting area where people didn’t have any shade. In a lot of these cases the pictures really did speak 1,000 words. And since they shared it with the whole group, it was easy for people from different technical specialties to chime in or at least be in the loop.

The photos were equally important as morale boosters. When something worked – be it the successful move to a new and better camp, or something small like additional drinking water taps – my colleagues invariably took photos and shared one or two with the WhatsApp Group. Seeing that something got better, even if you had a shitty day, was simply nice!

Obviously, you always have people who do not the difference between sharing interesting information and oversharing. Particularly colleagues who were signed up to a large number of WhatsApp Groups sometimes complained that they felt overwhelmed by the volume of incoming messages. However, I had the impression that this problem slowly subsided over the months as people became more used to the technology.

The disadvantages of mobile first

In my experience, some of the heaviest Skype users during disaster response operations are the Information Managers of NGOS, UN agencies and Red Cross and Red Crescent societies. However, IMs frequently want to share URLs and files, but WhatsApp is not well suited to either. In fact, the WhatsApp web client is pretty poor and as long that is the case, Skype will stay part of the communications mix. I believe Slack could potentially bridge this gap since it has both a decent web and a decent mobile client, but I also think that Slack is still too much of a niche product to quickly gain acceptance in the humanitarian world. Not surprisingly, the people who made the most use of Slack in Greece where people with and ICT background.

I already briefly highlighted the importance of smartphone for refugees and migrants in the recent post about the BBC media action study. One of the takeaways from that study is that being able to make phone calls is actually one of the least important functions of a smartphone. Being able to communicate via messenger (be it Facebook, WhatsApp, Skype or Viber) is far more important. This is particularly true since many refugees rely on wifi, don’t have a SIM card or change their SIM cards frequently, which makes it difficult to reach them via an old fashioned phone number. The latter is also a problem for many SMS programs and I’m looking forward to seeing how SMS platforms will address this. Textit, for example, can already integrate with Telegram.

Another feature that some refugees and migrants appreciated about WhatsApp is the ability to send voice recordings to other WhatsApp contacts. While these do not replace real time conversations they made communication easier for people with poor literacy skills. Besides, hearing the voice of a loved one is an emotionally far richer experience than receiving an emoji.

Obviously, you can also make real-time calls with WhatsApp, but that requires that the recipient of the call is also online and that both parties have enough bandwidth to sustain the call. Since that was frequently not the case, asynchronous voice messages offered a good comprise.

Last but not least WhatsApp includes a function to share your current location. I have seen this used by humanitarian staff when they wanted to share the location of a new camp, but it is even more important for refugees when they wanted to tell their loved ones where they were. Similarly, I would imagine that smugglers have used this function to communicate meeting places.

Using WhatsApp to communicate with refugees 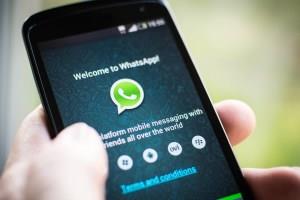