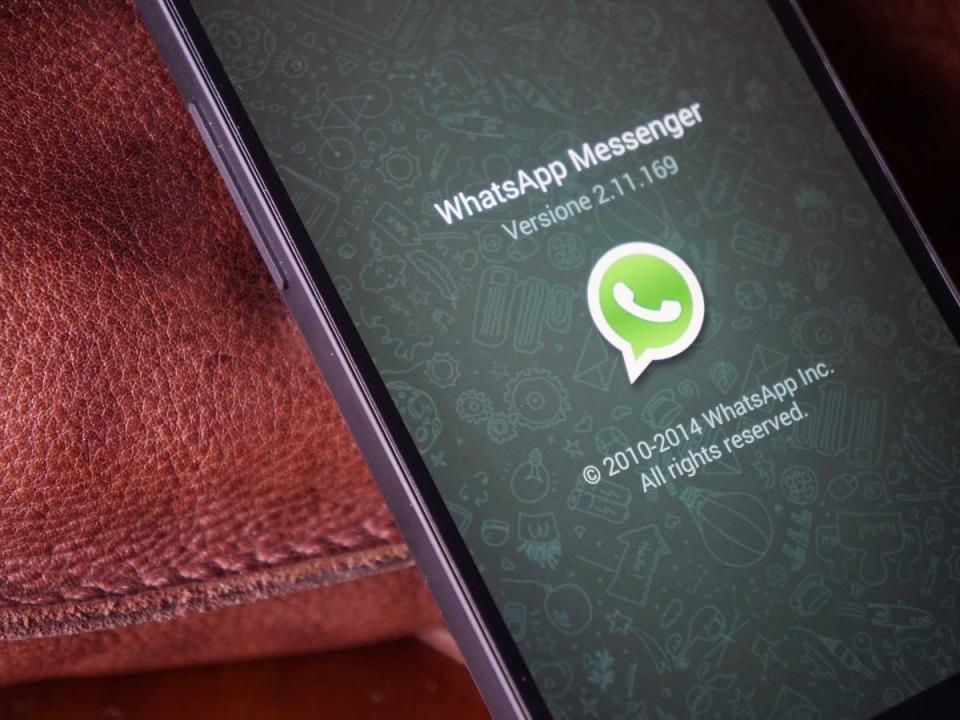 The New York Times is dabbling in new technologies. It has a slew of smartphone apps, smartwatch apps, and is even looking beyond into new content publishing platforms.

The latest project from The New York Times uses the incredibly popular messaging app WhatsApp, letting people opt-in to up-to-the-minute updates from the paper’s Vatican correspondence. The idea seems to be that this will attract people who are more interested in short spurts of news — and these people are more likely to be glued to their phone.

In that sense, this publishing experiment makes sense. It’s really easy to set up too. All you have to do is text a phone number in WhatsApp and then, voila, you get all the Vatican updates you could ever want.

But it suffers from one glitch, it seems: There is no way to unsubscribe, or at least I can’t figure out how to do it for the life of me.

Here’s what happened. I signed up for this service last week when I was writing about the new service. It seemed cool, why not get a few updates about the Pope? But then I realized; I don’t really care that much about the Pope.

So I decided to stop getting the messages, doing what the New York Times said I should do: “You can unsubscribe at any time by texting “UNSUBSCRIBE” to the same number.”

But it didn’t work. I have consistently typed various forms of “UNSUBSCRIBE” for days now and I continue to get pushed Pope notifications to this day. 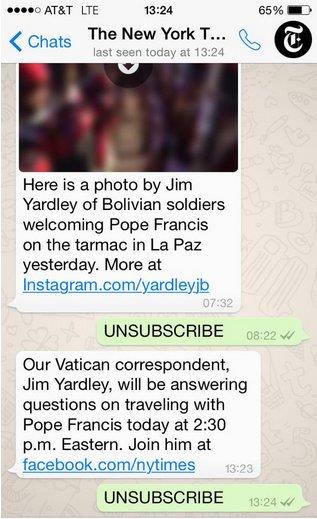 I even tweeted at The New York Times a few times to no avail.

This isn’t really a huge deal — what’s another random message to ignore? But it highlights the struggles old media companies can face when adapting to new media landscapes. And perhaps that these institutions are faltering when approaching these new platforms.

This isn’t to say The Times is completely inept when it comes to these sorts of projects. In fact, it has some truly great and innovative programs out there. Its standalone apps are quite good (especially its cooking app, in my opinion), and its foray into publishing one-sentence stories on the Apple Watch is reportedly being very well received.

But if a news organizations is testing out new ways to bring in audiences, it darn well better know how to let them leave happy.  Instead, everyday I type-yell at The New York Times to stop texting me. It’s become almost comforting, like having coffee with a hard of hearing grandfather.

At the same time, this problem shouldn’t exist. While The Times admits this WhatsApp program only an experiment, mitigating annoyed users should be a top priority for a new media project.