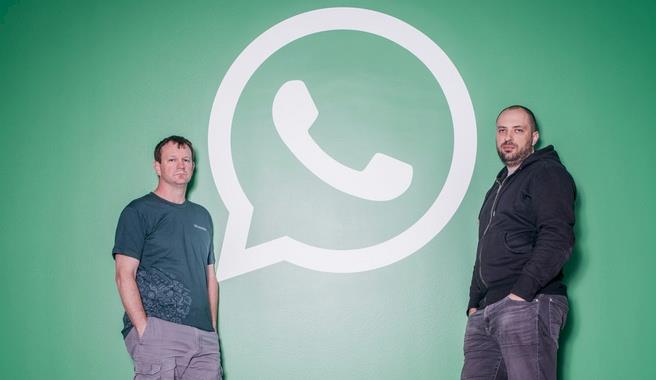 This Is The History of Whatsapp and their Logo Design.

WhatsApp, one of the most popular messaging platforms in the age of the internet, is without a doubt a modern-day success story. From humble beginnings to widespread adaptation, the history of WhatsApp is the quintessential example of a small tech startup turned wildly successful company. In this article, we’ll take a look at how WhatsApp got their start and how the company’s recognizable logo played a role in their success.

Brian Acton and Jan Koum, the founders of WhatsApp, both worked as employees of Yahoo! before leaving the company.  Shortly thereafter, they both applied for jobs at Facebook—jobs that had they been accepted to would have likely left them unable to start WhatsApp—but were turned down. At the time, Koum was living off of his savings from Yahoo!, with little direction as to where his next career path would take him. In 2009, though, after purchasing an iPhone, Koum had the vision to see that an entire industry was about to form based around mobile apps. Looking to capitalize on this up-and-coming industry, Koum began to explore the possibility of creating an app that would let mobile users better interact and engage with their friends, family, and business contacts. Teaming up with Brian Acton, Koum managed to persuade five associates from Yahoo! to fund the app with $250,000, and in 2009 WhatsApp was launched.

It was a bit of a rocky start for WhatsApp, though. After numerous crashes and failures, Koum grew frustrated with the app’s development and reportedly considered giving it up entirely. It was Acton that encouraged Koum to stick it out “a few more months” each time the duo hit a setback.

Luckily for the both of them, the duo did indeed stick it out and saw the app through to its eventual success. By February of 2013, WhatsApp boasted 50 staff members and 200 million users. Shortly thereafter, the app was bought out by Facebook for a staggering $19 billion—a number that stands as the largest acquisition in the world to date.

Today, WhatsApp still logs over 100 million voice calls a day according the company’s blog. With usage numbers like these combined with the app’s historic buyout, there’s no arguing the success of WhatsApp. But what role did the WhatsApp logo play in the app’s success, and what is the history of this iconic design?

History of the WhatsApp Logo

Not a lot is known about the origins of the WhatsApp logo. The design appears to have been around since the launch of the app itself, seeming to suggest that it was designed by Koum and Acton themselves during the initial stages of the app’s development and launch. Of course the logo’s design could have easily been outsourced to a third-party designer as well—the programming of the app itself was outsourced, after all. 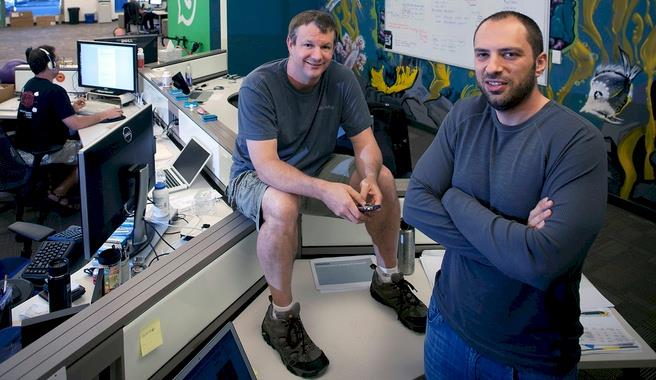 At the end of the day, though, we do know that the basic design of the WhatsApp logo hasn’t changed over the years, even after the company itself changed hands. This speaks to the longevity and effectiveness of the design and is a testament to the fact that a logo doesn’t necessarily have to have a long and interesting history in order for it to be serving its purpose just fine.

Design Elements of the WhatsApp Logo

The WhatsApp logo features a few interesting design elements that are able to clearly communicate the function of the app within a relatively simplistic design. WhatsApp serves as platform for both instant messaging and audio/video calls, and the logo needed to effectively communicate those functions. To do this, two separate elements of the design were used.

The first of these elements is a text bubble. Ever since the days of instant messaging started, the text bubble has been the most common way to symbolize a sent or received message. Even today, most every text message received is displayed in one of these text bubbles. Text bubbles indicating received messages have a “tail” pointing to the left, while text bubbles indicating sent messages have a tail that points to the right. By incorporating a text bubble with a left-pointing tail into their logo, WhatsApp is able to signify that they are a messaging app while also subtly tapping in to the excitement people experience when they see that they have received a message.

To communicate the secondary function of the app (voice and video calls), the designer of the WhatsApp logo placed a telephone within the text bubble. One interesting thing to note is that even though WhatsApp is an app that was obviously designed for modern, mobile phones, the inner part of the app’s logo features an older, landline phone. Since the only purpose of a landline phone is to make calls—as opposed to a smartphone which has hundreds of functions—the landline phone in the WhatsApp logo more effectively communicates the app’s function.

Popularity of the Whatsapp Logo

Due to the fact that people prefer for their mobile phones to have a neatly organized and aesthetically pleasing user interface, it is especially important for mobile apps to have a crisp, attractive logo. With over 1 billion users as of 2016, it is safe to say that people are entirely satisfied with the way the WhatsApp logo looks on their phone.

In this way, the WhatsApp logo fulfills one of primary functions of a mobile app logo—do no damage. While it is incredibly important for an app’s logo to be recognizable and unique, it is equally important that the logo itself doesn’t give a user any reason to remove the app from their home page, or, even worse, send it to the trash bin. The fact that almost one-seventh of the world’s population uses WhatsApp is a testament to the likability of their logo and its effectiveness as part of a phone’s user interface.

Due to factors such as these, designing a logo for a mobile app comes with its own set of challenges and goals. The designers of the WhatsApp logo hit it out of the park, though, and the WhatsApp logo serves as a great example of what to look for in app logo design.