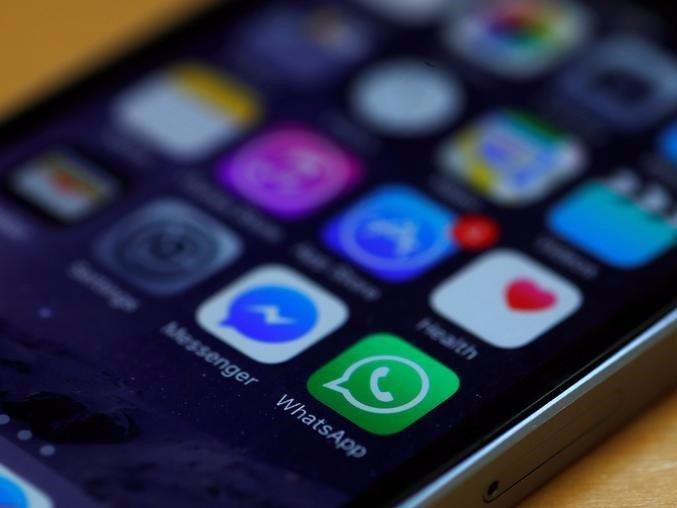 WhatsApp and Facebook messenger icons are seen on an iPhone in Manchester , Britain. Thomson Reuters

The Guardian on Wednesday published changes to a controversial story that originally claimed Facebook’s popular messaging service, WhatsApp, had a “backdoor” that could give third parties a way to read private messages.

The original story has not been taken down, but it has been revised and there is now a prominent editor’s note at the top.

In a long post, Paul Chadwick, The Guardian’s reader’s editor, said “The Guardian was wrong to report last January that the popular messaging service WhatsApp had a security flaw so serious that it was a huge threat to freedom of speech.”

WhatsApp, which has over one billion users, never had a “backdoor.” It did, however, make some decisions in favor of usability that some security experts thought compromised the system to a few kinds of attack that other researchers believed were unlikely.

Even WhatsApp pushed back, with co-founder Brian Acton previously telling Business Insider in a statement that “The Guardian’s story on an alleged ‘backdoor’ in WhatsApp is false.”

However, Chadwick said he did not believe the original story should be retracted, and defended The Guardian’s choice to “bring to wide public notice an aspect of WhatsApp” that had the potential to make some private messages vulnerable.

The story has been a huge lightning rod since it was first published in January. Zeynep Tufekci, a researcher and op-ed writer for the New York Times, published an open letter with over 70 major security researchers working at major universities and companies like Google condemning the story.

One major worry about the story was that it could be used to claim that WhatsApp is not secure, potentially pushing activists and other groups to use more non-secure messaging services. Chadwick said a Turkish official had cited The Guardian article when attempting to “deter users from WhatsApp.”

From the open letter:

“The message heard by activists, journalists and ordinary people around the world was clear: WhatsApp has a backdoor, it’s insecure, don’t use it.

“Since the publication of this story, we’ve observed and heard from worried activists, journalists and ordinary people who use WhatsApp, who tell us that people are switching to SMS and Facebook Messenger, among other options–many services that are strictly less secure than WhatsApp.”

This is what the headline of the original story now looks like: 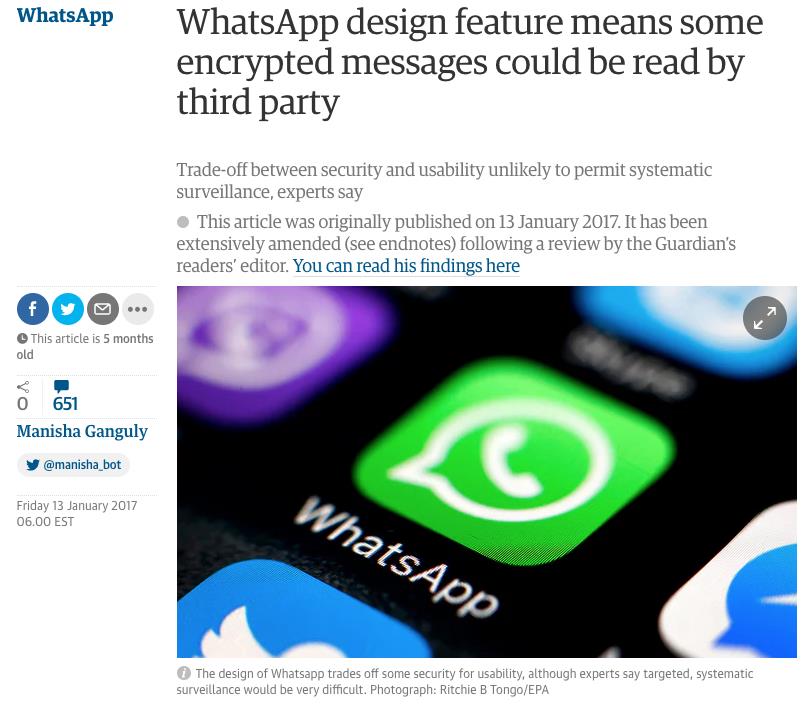 You can read the Guardian’s entire editor’s note here. The revised story is here.