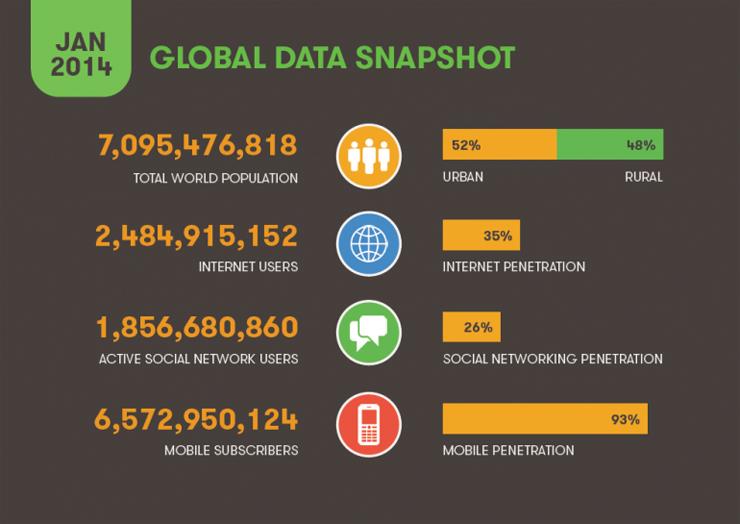 When a few years ago the professional community started discussing a new trend of the “global mobilization”, scarcely anyone believed that it would have become so penetrating in a relatively short time. However, according to the Global Digital Statistics dated January, 2014 there are 6,572,950,124 mobile users (as a result, the penetration rate is 93%).

We go mobile for playing games, reading the latest news, listening to music and certainly for socializing with our relatives, friends and colleagues. Here it is where mobile apps of various types appear to satisfy our needs. Obviously, the most popular among them are the ones that help us keep in touch with people. Among the apps that exercise this function very well we find mobile messaging giants Skype, WhatsApp and Viber.

Talking about mobile platforms, it’s important to mention desktop support since mobilization is global but it hasn’t reached everyone yet. From time to time it’s much more convenient to answer from the PC if right at the moment you are surfing the net from your notebook, for example. And that is where Skype and Viber go ahead WhatsApp. If Skype had been initially created as a messaging program for the desktop, Viber was made available for desktops not long ago (for Windows and Mac OS 10.7 and above). Thus, it’s enough to have one of the apps been installed either on a mobile device or a desktop to have no obstacles in contacting people: free texting and calling are available from desktops to mobile phones and vice versa if those beyond use the same apps.

Among the standard functions the apps have in common there are:

In order to attract people’s attention to the product the creators of the apps do their best to offer additional features. WhatsApp can boast of the ability to send voice-messages — it’s enough just to pronounce what you would like to tell a person and then press the button. It’s convenient especially when you have no time for tapping the message. At the same time, WhatsApp loses a few options for not supporting voice and video calls. The latter are available for Skype proponents. Voice calls can be also realized within the chat on Viber.

The only way to enlarge the contact list on Skype is to add people by hand: put down the name of the person, his Skype login, e-mail or the phone number and press Enter. Choose the right person in the list of search results and add him/her to your contacts.

WhatsApp becomes paid after the first year of its use. Though, the price is symbolic — 0,99$. Its version for iPhones costs 0,99$ from the very beginning.